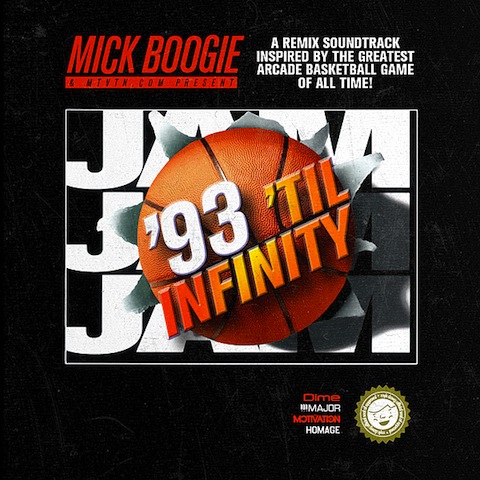 “NYC-based Mick Boogie, known for his eclectic DJ sets and amazing mixtapes, is also an avid basketball fan and a video game junkie. With the recent return of the classic 90’s arcade game NBA JAM (now refreshed and remixed for 2010), Mick was inspired to put together a mixtape of classic and rare 90s remixes that serve as the soundtrack to where we were back in the day. Being that NBA JAM dropped in 1993… Mick’s decision to call the mix ‘93 ‘Til Infinity was the only appropriate choice ”