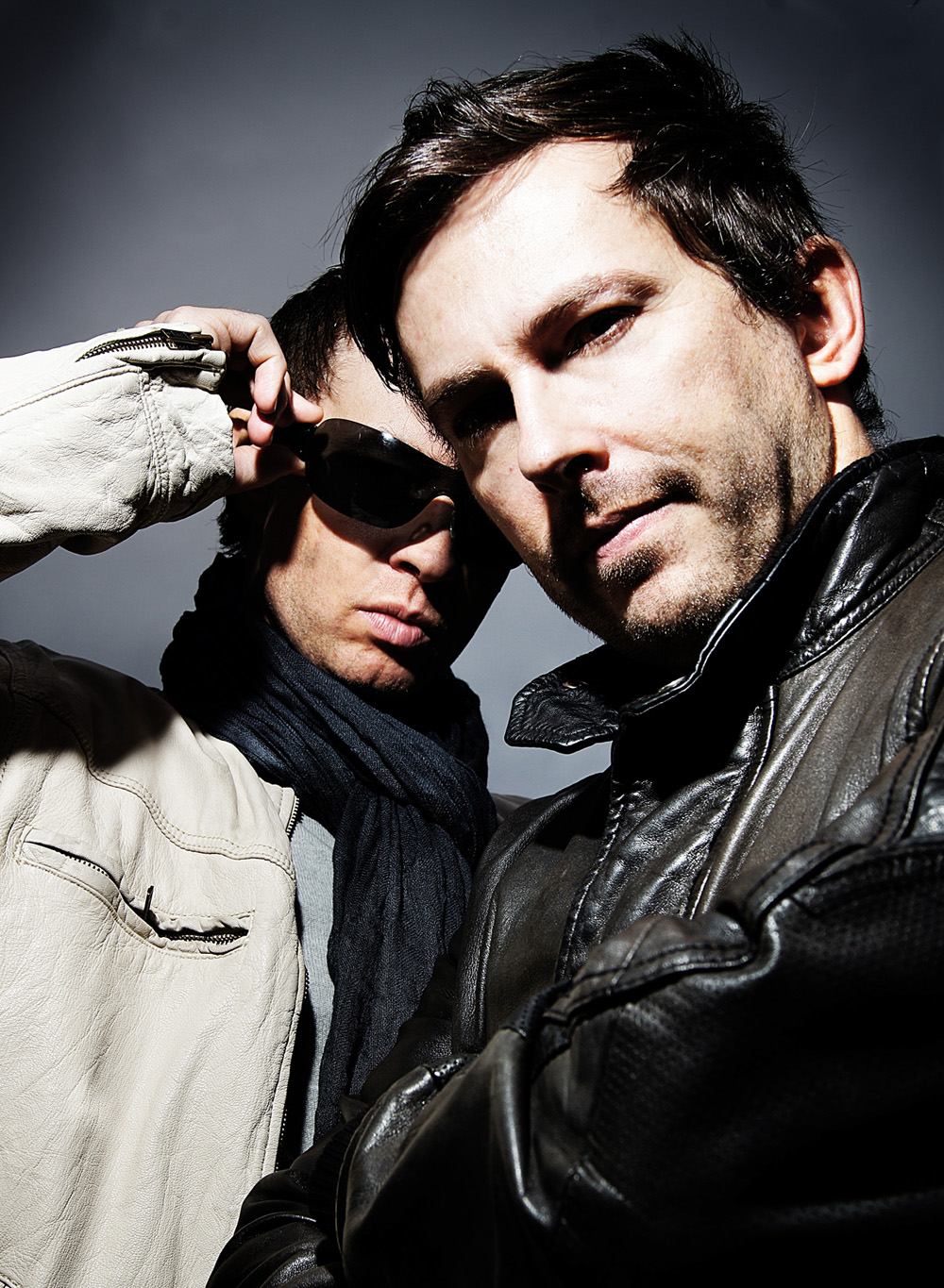 I caught up with Matrix & Futurebound as they released a new video for the tune ‘All I Know’, talking about the vid, China and drop a dream studio session killer along the way.

DB: I remember you talking on the Radio 1 D&B show some years back and being totally blown away by your enthusiasm. So what keeps you in love with this music?

M&F: I guess it’s just a never ending world of possibilities, so there won’t ever be a point where I’ve tried everything. I started making music just for fun and I never imagined it would become my career so for me. It doesn’t ever feel like I have a job. When I look at how much dance music has evolved in the time I’ve been making records it’s quite amazing and the beauty of it is nobody knows where it’ll go next.

One thing that is exciting at the moment is the way that all the separate genres are melting together and it’s more like the early days of dance culture where it was just one big thing, not strictly a drum & bass scene, a house scene, a techno scene etc, but one big movement again and that is a very positive thing.

DB: On the subject of such crossings over, could you tell me about the link up for this new single, and the video for ‘All I know’?

M&F: Me and Futurebound had done a couple of remixes for 3Beat Records which they really liked and they suggested that we work with Luke Bingham who they’d just signed to their label. Luke is the kind of vocalist who will just come up with an idea in the blink of an eye and then record it perfectly in one or two takes. He just makes it look easy! The ‘All I Know’ vocal was actually first recorded over a different track. We knew straight away it was a really great vocal and we spent quite a long time in the studio trying different ideas on the music for it which is why we’ve ended up releasing two different mixes by us.

DB: Speaking of this sort of creative immediacy: the availability of equipment and the quick, easy medium of the internet, are you keen to get more of your visual stuff up online, do it yourself?

M&F: Absolutely. I’m experimenting with visual stuff at the moment and computer animation has become my new hobby/obsession so I’m definitely planning to get involved in making videos for my music in the near future so I would say watch this space.

DB: What’s been happening since your last album, Universal Truth? What’s the new stuff like?

M&F: We’re working on a new album at the moment which we’re hoping to release later this year. Since Universal Truth we’ve done loads of remixes for people like Moby, Skepta, Ian Carey, and Justin Timberlake.

M&F: We started a compilation series last year called Worldwide and the second chapter of that will be out later this year. I’ve also been making some house records for labels like Roger Sanchez’ Stealth Records and Above & Beyond’s Anjunadeep. The new stuff we’re working on certainly has the same roots as Universal Truth but we’re not confining this album to just Drum & Bass so you can expect it to have lots of different flavours. I guess we place more importance on melodies and chords and vocals compared to a lot of dance music which is often more focused on technical production aspects of the music. In the end, I don’t think most people are really bothered whether the sound of your drum beat is 100% technically perfect, it’s the overall vibe of the music that they will remember.

DB: Wicked thoughts, totally agree. There’s so many different takes on D&B so what’s hitting you in general?

M&F: I think there was maybe a phase in D&B where a lot of people were trying too hard to make big anthem tracks ALL the time and now things seem to have got a bit cooler again. There’s labels like Critical who are doing quite experimental stuff and doing really well with it so I’m a fan of what they’re doing. On the more techy side of things, I really like what Optiv & BTK are doing, especially their track, ‘Don’t Need You’ which is a great combination of moody techno flavoured Drum & Bass with a really cool vocal that makes it stand out as something a bit different.

On the more mainstream end , I’m loving the new Sub Focus single, ‘Out The Blue’.

In my DJ sets, I’ve always tried to cover the whole spectrum from the really underground experimental stuff to the more mainstream obvious stuff. I think the art of DJing is about taking some unexpected records and making them work together.

DB: Am asking this at the moment: if you could be a fly on the wall for any studio/album session in history, any genre, pick one.

M&F: It would probably be Miles Davis, ‘Shh/Peaceful’…

My mum used to play this record in our house all the time when I was a kid and it just sounds like a room full of the world’s greatest jazz musicians having a 20 minute jam session. I thought it was so cool that I took up playing the saxophone and used to play along to this track when I was about 15. Obviously I was not quite in the same league.

DB: Tour question: where does your stuff go down particularly well live?

M&F: There’s a lot of great places at the moment but in terms of where I’ve most enjoyed playing it would probably be China. Me and Futurebound did a couple of shows in Shanghai and Beijing and they were both incredible. I can’t say that I ever expected to be DJing in China when I first started making music. It’s always good to go and play somewhere new and see the reaction. Slightly closer to home, places like Austria and Czech Republic and generally that area of Europe have a really strong scene so we’re in that part of the world quite a lot.