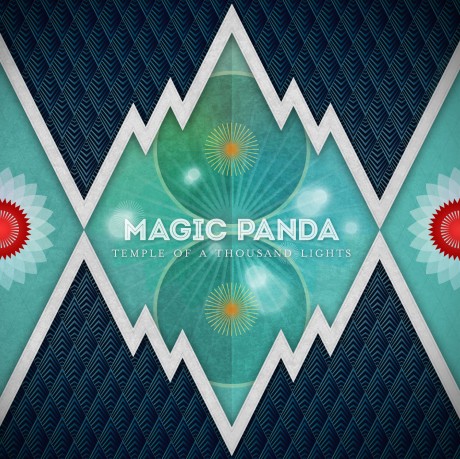 Magic Panda is dropping the Temple of a Thousand Lights album (large preview at end) soon on Kid606’s label so we chatted.

DB: I am jealous of where you live.

MP: Ha ha, yeah Norfolk’s a pretty beautiful place and I’m fortunate to be based here. I think definitely on some level these surroundings seep into the music I make. We have these unworldly, luna-esque beaches that stretch on forever, with enormous skies. These are great places to escape to and develop ideas, if ever I’m lacking inspiration.

DB: Temple of a Thousand Lights is very uplifting. My fave tune is the last one.

MP: I’m pleased you found it uplifting – I guess that is the overall emotional effect I wanted to achieve and this intention was something that influenced my choices when producing. I like the power music can have over people’s thoughts and emotions and wanted to explore that a bit with Temple. Electronic music is a good medium through which to do this as it is abstract by nature and can be interpreted in infinite ways. 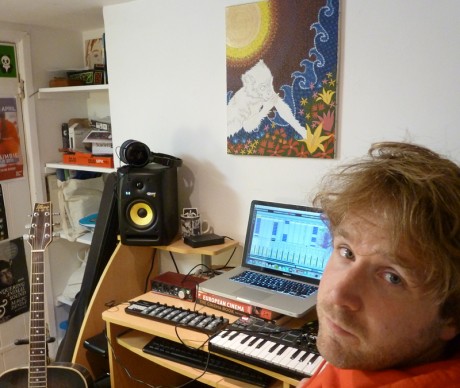 DB: So what’s some influences on you?

MP: My friend Ben’s paintings. He’s Ben Conybeare. He paints these surreal, colourful landscapes, taking natural imagery and subverting it in a beautiful manner. I have filled my studio with his paintings and they are a constant source of inspiration to me, covering every wall.

DB: What music influences you got?

MP: Well, it’s a bit of a mish mash really. My starting point was very much floaty/ethereal/ambient electronica like Hermann and Kleine, mum, Susumu Yokota, Boards of Canada etc but also wanted something more physical. Over the last couple of years I have been getting into more techno-leaning producers such as Max Cooper, Luke Abbott, Ricardo Tobar… in fact most of the Traum and Border Community rosters. They were probably the artists I was listening to the most when producing Temple. However, there’s also a bit of ambient and post rock influences in there too like Sigur Rós, GYBE, Mono etc.

DB: What tune is in your head right now?

DB: Is the live ethos important to you… playing live?

MP: The live ethos is really important to me as the connection between musician and audience is much more powerful in a live context. Plus it’s great to get out on the road and take my music to new places and meet new people: I am consistently overwhelmed by the passion and dedication of promoters that have put me on and their ability to make great things happen.

There will always be some limitations as to how much of an electronic set can be ‘live’ in comparison to a band but I try to ensure that my set is as live as possible and that its fresh and original each time I play out. Playing live is a good way of trying out new material and experimenting with new ideas. It also makes me think more about the listener and how they might experience and respond to the music. I try to alter my material to suit the context.