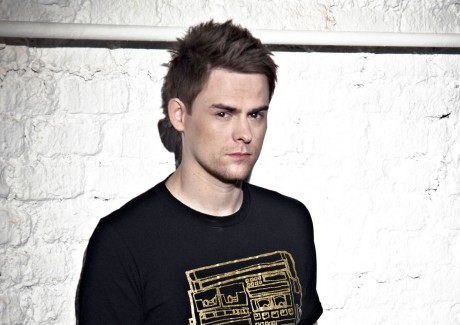 I caught up with Lynx re his recent and near-future activity. Check links at end for his free download.

L: It’s been a very interesting year for me. On a production level I feel it’s seen probably the biggest change for me musically since 2006. I’ve been trying so many different styles and pushing myself out of my comfort zone. Certainly bringing out some sounds that I didn’t know I had in me! 2013 will unveil alot of these new sounds.

DB: With ‘Dive Deep In/Shadowlands’ (Warm Comms link at end) you have two tunes here of different flows and atmospheres but they show new facets of the Lynx soundworld, very expansive, how does that sit with you?

L: It’s interesting because the backing track for ‘Dive Deep’ was actually written around the same time as music from the ‘Devils in the Detail’ album. So, over a year ago. Sometimes tunes don’t feel right at the time to release but now it just seemed right.

DB: I always wanted to ask: at what stage does Kemo come in to the tune, and what was in the air when it went down?

L: Over the years Kemo has jumped in writing at all different stages. The most common way has been send him a rough tune, he writes and records, sends the parts back. I finish off the production on the tune and his vocals. Often getting the vocals back re inspires me to re work parts of the track around the voice. Occasionally he’s done lyrics accapella and I write a tune to it.

As for ‘Dive Deep In’, the vocals were taken from some lyrics Kemo laid down about 3 years ago! I can’t even remember what track it was originally recorded for now but it didn’t make the cut in its old incarnation, so I chopped it up and put in the ‘Dive Deep In’ groove. I’m sure there’s still 3 verses I havn’t even touched!

DB: There’s a beautiful balance in the instrumentation of ‘Shadowlands’, a big broad track.

L: There’ll be other tracks that have that kind of instrumentation. One that is coming on my Playaz ep early next called ‘Vitamin Germ’ certainly has similarities in mood, which is also a collaboration with Hellrazor like Shadowlands.

DB: You also have new stuff on Soul:R, including ‘Balloons’…

L: ‘Balloons’ was actually a track I wrote especially for my sample pack that came out early in the year via Loopmasters. I didn’t think Marcus would be interested in it for that reason, but he loved it. It’s not my typical way of writing as it was like building a jigsaw puzzle, all the pieces were there and I just put them together. It really goes off in a club when dropped at the right point! It stands out so much from other tunes due to its uniquely minimal drop.

‘Passing Time’ was written in the spring. We did get a vocalist on it that I thought sounded real nice but Marcus Intalex wasn’t keen, so it remained as you hear it. It’s one of those tracks that just flowed easily. I think the first mix I recorded was the final release mix.

DB: Tell us about your history with Soul:R.

L: I was sending tunes to Marcus for ages around 2005-2006. Then when I signed Mariachi to Fabio’s Creative Source label Marcus started playing it. Around the same time myself and Kemo started collaborating and I sent Global Enemies to Marcus. He signed it straight away.

The rest is history. 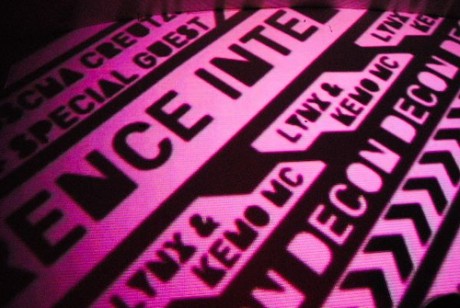 DB: You always come up with some great stuff that is currently catching you, musically, so what does early December find you listening to?

DB: Are you busy personally over xmas? Gonna stay in and produce? Or not produce?

L: The usual, wearing silly xmas jumpers, eating too much, sleeping off all that food. How xmas should be!

You can catch me at the 150th Playaz party at Fabric on the 27th December.

L: My 3rd album which will be a collaboration with Naomi Pryor who feature on my recent release Locked On The Low. She has an amazing voice and a superb songwriter. We are probably half way through the writing process right now and it’s sounding very exciting! it’s pretty eclectic. Commercial in places and way out there in others!

Early January sees my next Detail release with a collaboration with Footsie from Newham Generals and Fats. We just finished the video which we shot in Nottingham. On the flip is a remix of ‘Locked On The Low’ by newcomers Zero One. Bringing a real up-to-date heavy-hitting sound.

End of January will be the release of my Playaz EP. It’s called the ‘Midnight Funk’ EP, the lead track was recently featured on Hazard‘s FabricLive CD. Other tracks include Micro which dbridge has been playing and ‘I Want You To Remember’ which Marcus Intalex is playing. Also ‘Bobby Says’ which pays homage to an old Pascal classic from 1995 called ‘H.M.P. Runnins Theme’. There’ll also be a free track giveaway from Playaz leading up to the release.

Finally there’s going to be loads more to come in 2013 from my alter ego, Loose Spring Steve. I have a lot of more music ready for this project right now. It’s all very different from my Lynx sound. A lot more tongue in cheek.

And I also have a collaboration that will be out next year with UK hip hop guru Dr Syntax.