For those obsessed with the stellar Lynx tune (and those about to be), the digital is out today, with the vinyl to follow, so we caught up.

DB: Hey again, can you tell me: did ‘Locked on the Low’ stem from the vocal? How did it evolve?

L: The track actually came first then Naomi Pryor’s vocals were laid down afterwards. I think it’s a testimony to Naomi’s songwriting, performance and recording skills just how well the vocals work in the tune. She’s based in Sydney Australia and has been a singer/songwriter for many years mainly focusing on jazz and soul.

DB: Friction is onto this big style and the dubstep DJs are too as different versions about, tell me about this cross-genre appeal.

L: I felt I needed to try something a little different. I’ve always been known for my experimentation within D&B. However there has been a yearning for some time now to try things outside. I’m certainly not giving up D&B I just want to spread my wings and find new challenges along the way.

DB: What does it say about the way you’re producing? It feels very organic, and as the D&B version progresses I feel like it gets very adventurous and goes off on some fantastic tangents.

L: I always try and make my music feel natural. I just follow the right thing to do.

DB: Did it come from the same sessions as the last album?

L: It wasn’t the same session as my previous album ‘Devils in the Detail’, but I guess any artist has similarities between their past musical endeavors and what they do next. As for the D&B mix, I didn’t want it to overshadow the original song. So it was a conscious decision to allow the D&B mix to meander to and from the original structure which is apparent as the track develops.

DB: So is there more stuff like this in the pipeline?

L: Oh yes. I’m VERY excited about the future collaborations with Naomi Pryor. There is some really special music to come, from D&B to dubstep and so much more! There is even a couple of tracks that are almost modern electronic ballad fusions. Someone said to me the other day after hearing some future tracks that it was like ‘candlelight dance music’. Not sure if that will stick as a genre ha ha but I thought it was a great description for where I’m going musically. 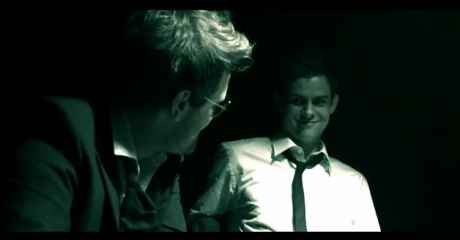 DB: I never feel that you are constricted by genres, stretching back to the Disco Dodo and in so many other instances. It’s just ‘Lynx’ when I hear it.

L: I really don’t want to consider genres, and when I am writing music I really don’t care. I just want to write music. However there is always the worry or paranoia that people just won’t get it if it’s not put in a sub genre. I personally hate this about music of today, that we have all the freedom in the world to listen to so much diverse music via the internet etc. And yet we’re fixated by genres and divisions.

L: I have to be honest: I don’t really try to find a balance anymore, I just do my thing. However that doesn’t stop me worrying after writing that people may not get it! I guess that’s just the life of an artist…

DB: OK, so regarding the staggered release date… why isn’t it all out at once?

L: The digital release is out right now. The vinyl will be out in approximately 4 weeks. It’s not out all in one day as the music video and the audio via UKF was really popular so I felt a need to bring forward the digital release to try and curb the illegal download sites killing all sales dead. Ideally I would have loved to release all on the same date but it would have been foolish to wait.