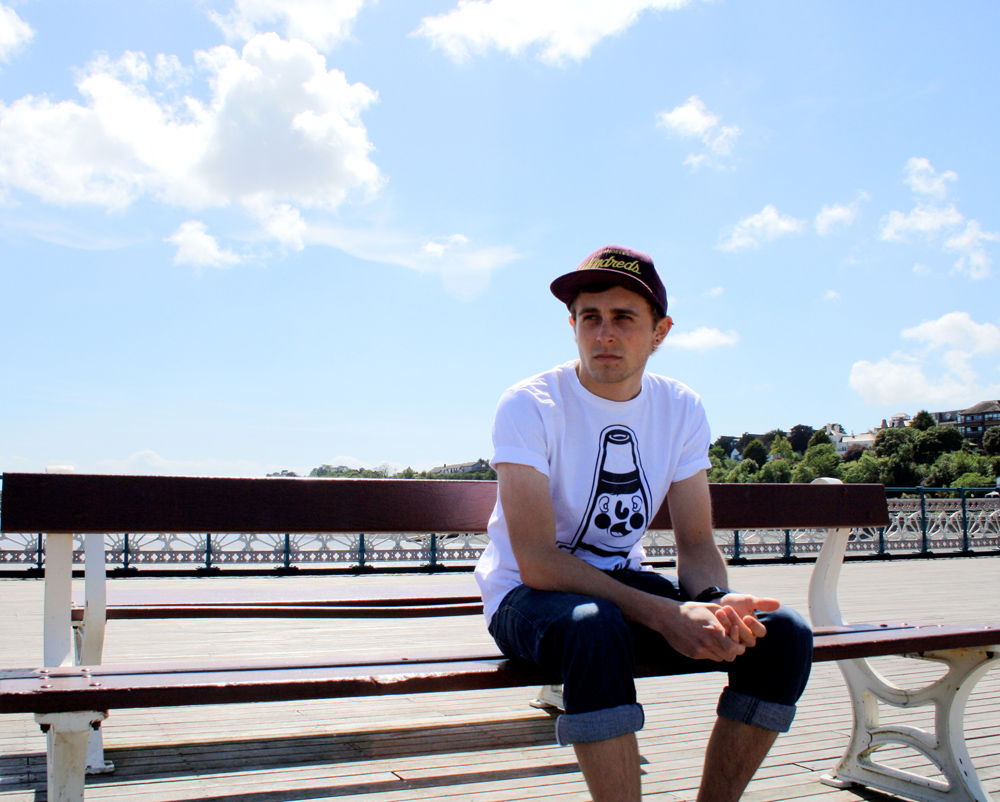 DB: Straight off: if you could be a fly on the wall for any studio session, any genre, which?

L: Wow, that is a tough question. I’ve always been partial to a bit of 80s music. Big compressed and chorused guitars, reverberated drums, catchy hooks and riffs, etc. One particular favourite album of mine is The Smiths self-titled debut in 1984, produced by John Porter. What I always loved about The Smiths was their ability to write such beautifully melodic and musically ‘interesting’ tracks (for instance, This Charming Man) yet Morrissey’s lyrics were so cynical but humorous at the same time. Their music was so contradicting yet it worked. Johnny Marr totally had his own sound and was so innovative with an instrument so commonly used in music. I still listen to his music with newer bands Modest Mouse and The Cribs, both of which he’s played guitar for and you can still tell it’s him and not just “some guy playing guitar”. Similarly, I’ve always been a big fan of The Police, more for Stewart Copeland’s drumming. Again, a complete innovator. Hell, if I could write an album with those two, that’d be something. 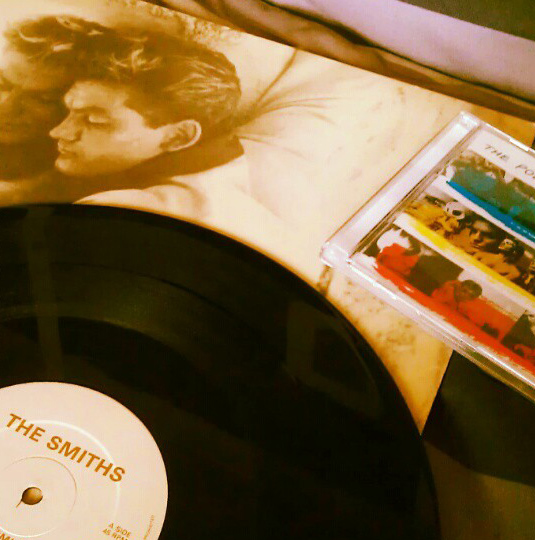 DB: What about influences in general? I ask as this new release is very varied. Or conversely is it devoid of influence, it’s your own world and that’s it.

L: The way the EP came together was almost accidental. We had a bunch of tunes shortlisted but these 4 in particular – although all written at different points in the year – we felt worked really nicely together. It’s varied in that they’re all different tempos, something I’m quite pleased about, but similar sonically.

I wouldn’t say that it was influenced in any particular way by any one thing, I tend not to listen to much other D&B or dubstep or whatever when I’m writing in an attempt to hopefully come up with something fresh, or more to the point, natural to me.

Sometimes even just the weather outside is influence enough, or a nice break you stumbled across on the internet or something. Literally, the smallest things can lend so much inspiration right off the bat and then a couple of days later a tune has manifested itself on your hard drive amidst a haze of tea, coffee and cigarettes. And then on to the next…

DB: So what inspires you in music right now overall. Just to be difficult, ha ha.

L: Hmm, again it’s quite a difficult one as I listen to a lot of stuff. I’ve recently been put on to Washed Out by one of my friends and I haven’t stopped listening to the album. Real ‘shoegazey” stuff but with a bit of a contemporary twist. I’d recommend them to anyone looking to check out some relatively new, slightly left-of-field music.

One producer really ticking the boxes for me is Rockwell. Real innovative stuff, whether or not it’s everyone’s cup of tea is another thing, but I doubt he’s worried about that, and in my opinion he’s killing it! Bop is also another producer who really does it for me. The diversity of his last album was one thing, but the musicality of it all as well, not forgetting the amazing production. It was a real journey of an album and to be honest I think that’s what music should be, especially in that format – you get a real insight into his mind and the album has a lot of personality. Easily one of my favourite producers.

With regards to my own music, I just write what I feel comfortable writing at the time. I think it’s important to switch up what you’re doing now and again and just go with it.

DB: What’s your recording habits then, speaking of production? Do you produce outboard at all for eg?

L: I don’t as a matter of fact. I would LOVE to get some outboard gear though. I’ve got this old hardware Korg synth up in the attic which was given to my dad as a thankyou present from an old friend back when he used to play in a band. Some of the keys don’t work and it’s got a bit of fried circuit board so you get the occasional angry hiss when you touch it somewhere it doesn’t like…

L: … but for now pretty much everything I do is within my computer using samples and soft-synths. Sometimes I’ll record the odd bit of guitar. Habitually, however, I tend to treat my day a bit like that of a 9 to 5. I’ll wake up, work on music all day and then switch off for the evening and relax. I work best with routine and I’m definitely more of a morning person than I am a night-hawk. I also got into the habit of creating a template – not one with sounds pre-loaded, more one with how I’ve set up my mixer and buses etc – just makes sketching down an idea much quicker and I can get a groove going pretty sharpish if an idea strikes. 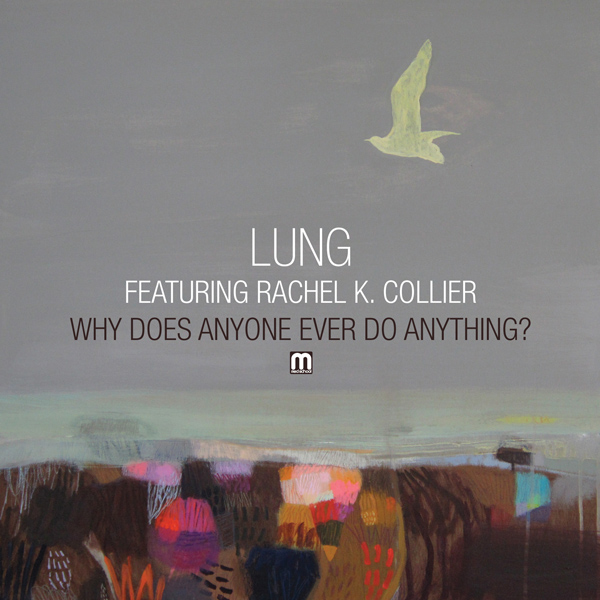 DB: Great, great tip. What tunes of yours are you the most proud of then?

L: There’s a couple. ‘Afterlife’ in particular was a real milestone for me and pretty much where it all started. The funny thing about that tune is that it was a total accident, I was learning how to use the sampler within Logic and it all just quickly fell into place. That tune holds a special place in me, not just because of it’s response, but also because of the people it led me to meet and work with, and still work with now. Another tune I’m quite proud of is ‘Asleep In Her Bed’, which is forthcoming on the EP. I wrote that tune totally differently to how I write normally, and it came together quite quickly. I hadn’t written a tune like it previously and havn’t since, either. It’s totally it’s own and I think that’s why I like it and it’s certainly my personal favourite on the EP. I think the tempo change certainly adds to that ‘journey’ feel and hopefully that’s how people will listen to it. For me it’s something that you can just as easily listen to at home as well as listen to in the club. Fingers crossed, anyway.

DB: When you’re not working do you immerse yourself in visual stuff? Films etc…

L: Yeah certainly, I think I’ve always learnt more from doing or observing. So the visual side of things is pretty important to me. I love a good film, although not much of a cinema-goer. I much prefer a slightly obscure independent film. But genuinely, I like thinking films. Doesn’t have to be a particularly positive watch either.

I love a good documentary on space, and I’m partial to a good conspiracy movie, whether I believe it or not, I still find it interesting. For instance I’m reading ‘The Illuminatus! Trilogy’ and the moment. It’s essentially quite a comical, if somewhat dark, look into the existence of an ‘illuminati’ through the eyes of a New York detective. Still not interested…no? Well it’s also pretty pornographic which I didn’t realise at the time of purchase. All in all it’s a good read and I haven’t put it down much since I started it.

Regarding music, I think one thing I love most about this EP is the artwork. It’s a painting by Ele Pack and I felt it really tied in with the music and gave the EP that extra element. It’s important to me as a punter that when I buy a piece of music it really speaks to me, and I don’t care if that sounds cheesy. I think artwork is one of the most important things in regards to music, at least when purchasing. It’s what you first see perhaps even before you’ve heard the music. I wanted this EP to be just as much a piece of art as it is an EP, hopefully that’s what we’ve achieved.

Music is art after all. 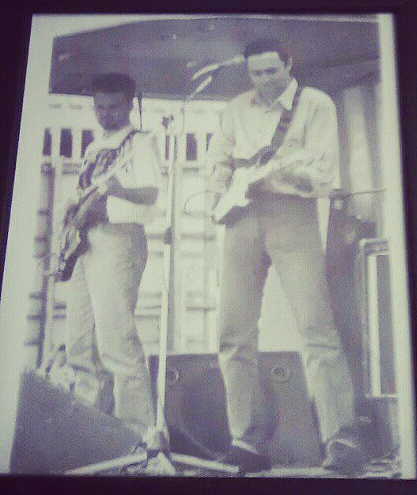