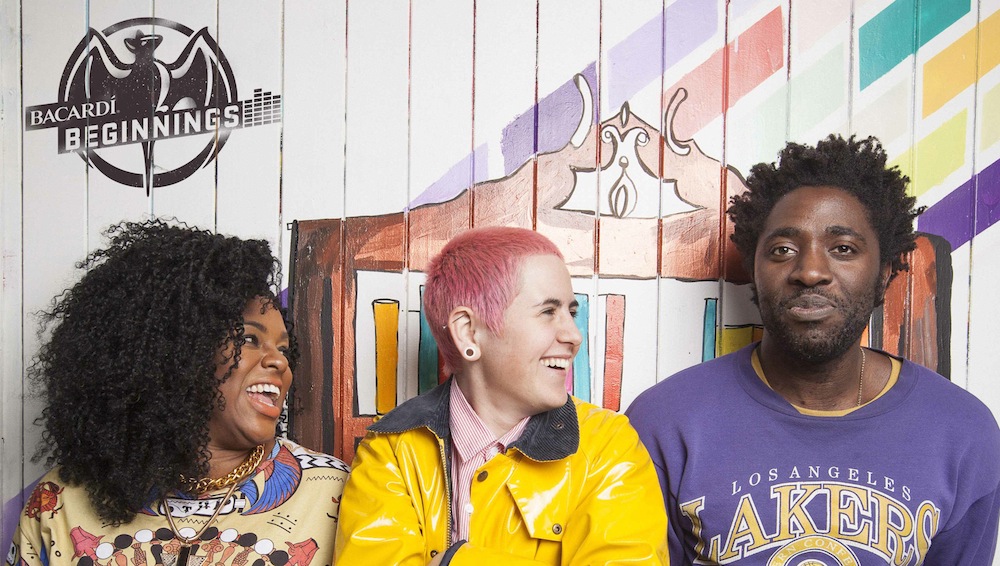 This is the third and final creative project in 2013’s BACARDI Beginnings campaign.

Each record, priced at £10 will also be sold in limited edition record sleeves specially designed by Kate Moross. Famed for her energetic style and love of three sided shapes and typography, the London based illustrator, designer and art director has created four different cover designs for fans to choose from. All sales proceeds going to charity Nordoff Robbins, the national music charity dedicated to transforming the lives of vulnerable adults across the UK through music therapy.

WIN a pair of tickets!

The launch party is on Thursday 12th December, with drinks, food, a chance to check the vinyl out and a live performance of the track and also DJ sets. We’ve got a pair of tickets to giveaway to one of our readers – to enter, leave a comment below and we’ll pick the winner on Wednesday 11th December. Good luck!