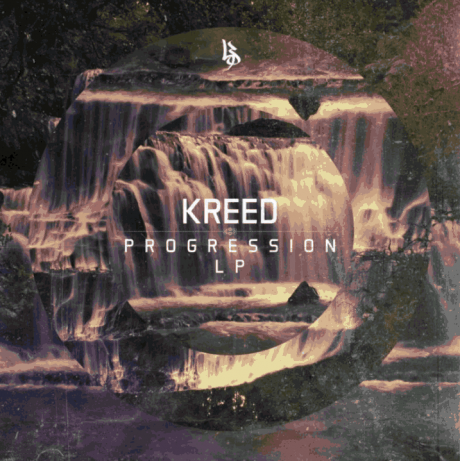 Kreed is soon to release the Progression album on Lifestyle Recordings. So I chatted to him about it.

K: I had loads of tracks I was planning to release in the album and slowly started to go off them, so it took much longer than I expected as I was constantly replacing tunes I didn’t like with new ones I’d just started. I had great fun with it though and experimented with a lot of different sounds and genres and really did learn a lot from it. I’ve spent a lot of this year developing my sound so haven’t been putting out as much as I’d like to.

DB: You must work day and night then, is that the case?

K: I’d say I spend a lot of time experimenting with sounds at stupid hours in the night – this leads to some pretty weird results. I mainly do most of my mixdowns in the day. This sometimes is pretty awkward as I spend a couple of hours really late at night writing a melody I think is great and the next morning I’ll just wonder what the hell I was thinking ha ha.

DB: So do you simply ‘do a tune’, finished. Or do you tweak it afterwards?

K: It depends really, quite often I’ll start a track and then put it away soon after if I’m not feeling it, sometimes this makes the whole process a lot slower but I end up with tracks I enjoy more I guess. But when I start something from say a specific sample that I really enjoy, I try to get the whole thing done as quickly as possible and send it over to Lifestyle to get some feedback and make any necessary changes.

DB: Can you select 3 tunes here and talk us through them?

K: ‘Soul Tape’ came to life when I started playing around with the drum break sample with the cowbells you here just before the drop, always loved that break and wanted to do something with it. Wanted to go for an intense vibe in the intro to start off the album well also. With the drop I wanted to play around with some Prodigy sounding vibes, as I was really into some of their old albums at this point and wanted to mix an old skool hip hop vibe with some more modern sounding bass. Planning to do a few more tracks in this style as I reckon the two styles really work together.

‘Low End Culture’ was the first track I made on this album and kept it sitting aside while I worked on the rest of the tracks, occasionally checking it to make sure I hadn’t lost all the audio files. I wrote the whole thing as a more ambient track and based it around the keys, but ended up adding drums and a bit of bass, turned out a lot more upbeat than I expected.

‘Lean’ came about when me and a friend of mine who’s a great drummer started recording some conga and other percussion samples, and started messing around with some house synth lines. I wanted to keep it pretty minimal as you hear so many tracks these days with layers and layers of different sounds sometimes not going together very well.

I used to do this a lot to try and get a full sound but realised a lot of the time it’s the wrong way to go about it, especially if you’re spending more time adding layers and less time mixing them.

DB: Great tip there. As a fan of D&B and music in general who are your heroes?

K: Man that’s a tricky question as I’ve been influenced by so many artists. But if I had to put it down to the artists I heard that changed the way I thought about production the most, one of which would definitely be Break.

His Resistance album absolutely blew my mind when I heard it, the way he uses distortion especially with his drums is just so mad. He definitely inspired me to widen up and use different styles and sounds when making a D&B track instead of using more stereotypical sounds within the genre.

A few other heroes of mine are Icicle and some other guys from the Shogun team, like Rockwell, Alix Perez, and Noisia. The way these guys produce just gets me every time, each sound is so damn tight and each bar just grabs your attention with something new being brought in. Other artists more based around glitch hop like Koan Sound, Culprate and Tipper also inspired me so much with their tracks as the variety of samples and sounds used is just unbelievable. And also, Amon Tobin. Yeah. Amon’s the man.

DB: What’s the future hold in terms of ‘progression’?

K: My next EP’s gonna be stepped up a notch. I’m looking to make it a bit heavier so looking forward to getting that out. Although this one’s gonna be based mainly around D&B, I wanna experiment with as many different styles as possible and try bring something new to the table. Watch out for some new tracks for future releases in Lifestyle’s upcoming podcasts.