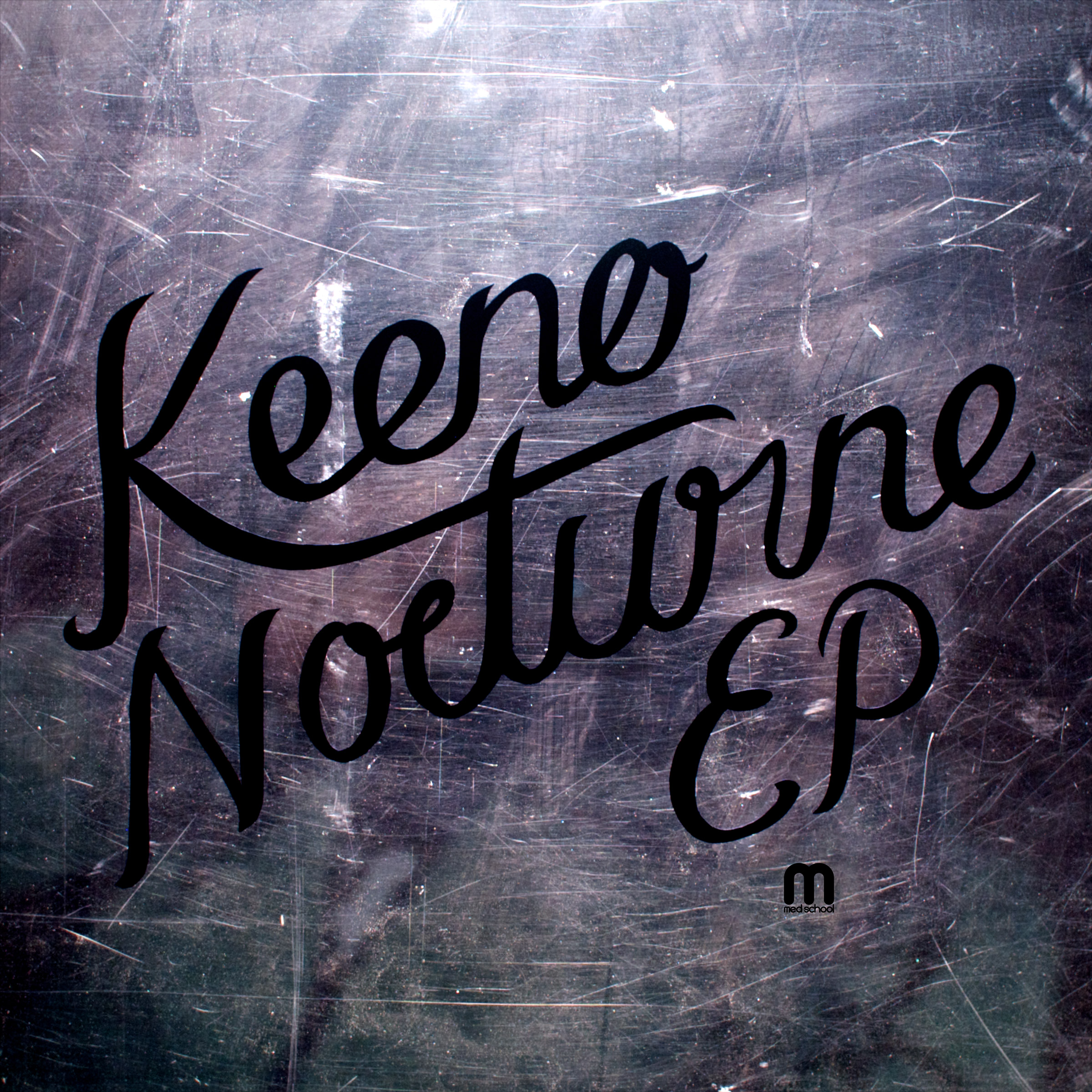 I spoke to Med School artist Keeno as his lush Nocturne ep appears.

DB: I’m struck by the really nice backgrounds – the instrumentation – in this music: what inspires you?

K: I get my inspiration from classical music and also film scores from composers like Thomas Newman, Howard Shore and Danny Elfman. I’m a classically trained musician so having that solid background of musical theory has proven to be invaluable in all the music that I write, not just D&B.

DB: What inspired the track ‘Nocturne’?

K: I think the inspiration came from a big break in listening to D&B – after last summer I took a few weeks off and just listened to anything but D&B, came back and wrote ‘Nocturne’.

DB: I notice the name Whiney. Who is Whiney?

K: I met Whiney almost two years ago. DJing with Whiney is always a laugh as we always find ourselves trying to put more and more combos together that our headphones turn in to spaghetti junction! We’ve already released together on Hospital Records and Med School and am looking forward to keep doing so. I find working with him really easy as we are both trying to do very similar things and also it never feels like work which is something I’d like to continue whenever I’m writing music.

DB: What’s a unique detail about your recording setup?

K: I think the most important thing in my set up is having a constant stream of hot tea – essential for those winter production sessions.

DB: Do you bring in ‘real’ instruments? The ‘Golden Light’ intro sounds like it was done as such, in a big big room.

K: I haven’t had a chance to record any instruments acoustically yet in my own music. The introduction to ‘Golden Light’ was done with East West Quantum Leap orchestral samples – a simply ridiculous VST for orchestral samples. The ‘big big room’ sound came from my technique of applying reverb to strings – I haven’t come across anyone else who does it my way yet.

It’s always been an ambition of mine to record with a live orchestra – something for future album projects perhaps!

DB: Do you enjoy DJing live?

K: I love DJing live – I’m making the transition from two decks to three or four as I am now finding myself seriously limited by the two. I’ve played some awesome gigs in Europe and am looking forward to a really busy 2014 for events, got some wicked ones in the pipeline.

DB: Tell us more about the character of your DJ sets?

K: My DJ sets are always musically structured and driven by keys and melodic similarity. That being said, it’s always important to switch it up and achieve sudden contrast and surprise people with combinations they wouldn’t have thought of before. I’d say live I like to play a pretty diverse set ranging from Etherwood, Kove and Camo & Krooked right through to Pendulum and Noisia. In general, crowds get bored pretty quickly I think, so keeping them on my toes is something I always try and do as best I can!

DB: Tell us about the Green Flash phenomenon, regarding the tune of the same name.

K: In the last few seconds before the sun sets, it flashes green due to the angle of refraction through the Earth’s atmosphere – and it’s known as a ‘green flash’. I loved the idea of something only being visible for a couple of seconds each day but yet being utterly predictable. I wanted to create a song which contained lots of interesting details but had some familiarity to some older D&B classics to mirror this.

DB: Any shouts? Thanks

K; Thanks to Med School and Hospital for their support this year, especially with the Nocturne ep. Shouts to Whiney for putting up with the constant barrage of questions and to Louisa Bass, the supremely talented vocalist featured on a lot of my tunes. She’ll go a long way so watch out for her.

Finally, thank you to everyone who’s bought the EP: getting to number 16 in the iTunes Dance Album Charts in 10 hours is something I never thought I’d manage. Keep following – I’ve only just started!