I spoke to Kachina as Broken Lines looms.

Please tell us when the tunes arose?

All the tunes on Broken Lines were written between spring and summer last year when the weather was good. Kachina has only been going for a little over a year so everything we’re putting out is fresh.

Who has been giving them support?

Considering we’ve only been releasing for a little over two months, the support shown to them has been outstanding!

With support coming up and down the country and abroad from many DJs including Annie Nightingale & Toddla T from Radio 1, Marcus Nasty & Whistla at Rinse FM, MJ Cole, DJ Monki at 1xtra, Bunzero Whistla and DJ Raggs at SubFM and DJ Wisk on Grant Nelson’s D3ep radio network. 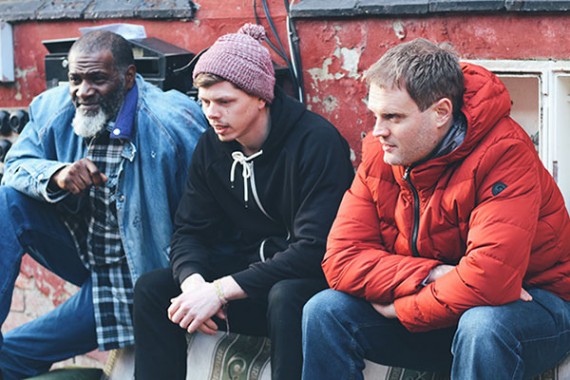 Where would we hear the sound being played out ie what strongholds?

There’s a garage night in Leicester called Sous-Sol at Su8ten which is ex Sophbeck/nomad run by NexGen/Migration artist Prangman in Leicester where you can hear our music. We play there every few months testing out the latest creations. We’ll be doing a label night there probably on the first saturday of June and we’re looking to put on some bigger nights in Leamington Spa later in the year.

We’re playing at a rooftop day party called Bloop at the Altoria in Leamington on bank holiday Sunday 27th March: check the event page, keep on eye online for set times. Plenty of club djs support our music but it’s still too early for us to know what clubs we’re getting regular plays in yet though!

What are some inspirations and guiding lights and what have they taught you?

Eckhart Tolle says that instead of asking “What do I want from life?” a more powerful question is “What does life want from me?”

What tunes of the genre have stood the test in time and are still sounding great in the sets?