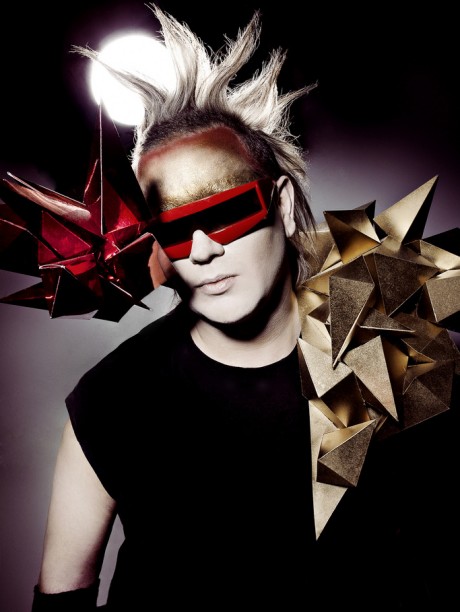 John B has come forth with a huge new album, so we caught up.

DB: When I saw you out at Cable recently you mentioned that ‘Light Speed’ would hark back to your (my words) momentous synthy stuff. Is this the case?

JB: Yeah definitely. This album is a lot more leaning towards the trancier side of things for sure. Although there’s still a strong electro influence in the background it’s more mature than my last album, ‘Electrostep’. A lot of progressive and trance influences in this one.

DB: OK. In the early 2000s you were synonymous with a massive trancey sound, with the electro sound and of course you have legitimate liquid funk roots, yet over time we’ve had so many moves towards a legitimately massive stadium sound. It was YOU more than most that wanted a huge, brash, lazer-guided sound, the hands-in-the-air mega rockstar vibe. So I guess I want to know: how does it all come together in the new album?

JB: Ha ha, nice one. Yeah, well it’s not mega glam in that kind of way, although when I DJ that’s the kind of vibe I go for; I do my best to have a big stage presence and good connection with the crowd, do my best to put in a big performance and get the energy levels up. And as far as the album goes, yeah, it’s very euphoric with a lot of original vocals from a varied selection of my favourite singers at the moment, with big breakdowns and big euphoric trance-style build ups, all really aiming to capture that energy you get at big trance shows, but combining it with the different tempo and power you get in Drum & Bass.

DB: Awesome. So production-wise have you changed recently? I hear of talk of massive software moves but it this way: if it sounded great some years back is there any need to change?

JB: I haven’t really changed much in the way of studio equipment. I have a pretty simple set up really: I use Logic, on a Mac with a bunch of third party plug ins, mainly Native Instruments and iZotope stuff.

My sound comes more from careful sound selection and layering, rather than complicated noodly tweaking of samples and stuff. I try to keep things nice and clean so they cut through more in the mix.

DB: OK, another thing about you: you really broke open Europe, you were one of the first to really get out there and go for it. You should honestly get an MBE. What are some great recollections of big shows in Europe?

JB: Ha ha thanks! I just go where they want me, and I guess its paid off. I’m not scared to go to nuts places in the far east of Russia or whatever. It’s usually a really mad adventure and I love traveling now, as long as I can get enough sleep somewhere along the way. The biggest shows I do are the pirate station ones in Russia, in fact the biggest one of the year is coming up this weekend, on Saturday in St Petersburg… they’re expecting around 20-25K ravers!

JB: It’s about the only time I get vaguely nervous before a gig. And omg the dancers are SOOOO hot. And sometimes topless. Grrrawrrr.

DB: Very nippy I would imagine. And how have you seen the music grow there, now that we have SO many producers swamping us, from Russia, Estonia, Bulgaria, Poland and so forth. Any particular new hotspots in Europe you can tell us about?

JB: Yeah I’m definitely seeing some really good producers coming out of Russia and Eastern Europe now. I try to support them when I can & so far on my label I’ve already released a few such as Cube from Hungary, Indivision from Estonia, Gmorozov, Receptor, Hectix from Russia. Also the Czech republic seems to be great for parties these days: I’ve played in a bunch of different cities there now and the parties are always really big, even when I’m the only headliner, and the crowds seem to be really big fans. They know all the tracks and always respond well. I played in Budapest on Friday night recently, one of the best Euro gigs in a while: small club but completely rammed and everyone going nuts, felt like a total rock star hah. 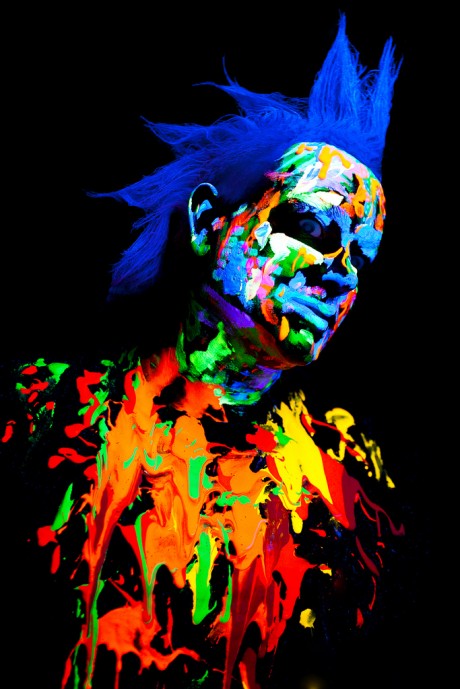 DB: Soooo is it still all about American Girls? Or do Euro Girls give them a run for their money?

DB: I totally get it.

JB: I’ve been single now for just over a year, before that I was with my ex for three or four years so it’s nice to be able to meet some cool new friends on my travels.

DB: Back to producers, you brought many new names to the fore over time. I first heard of Nu:tone and Concord Dawn through you. Have you got any names to watch?

JB: Well, anyone I’m supporting on the label I would consider ones to watch. I think the biggest thing we have in the pipeline is a collaboration I’m working on with Indivision and Shaz Sparks… two really strong vocal tracks that I think will have a pretty broad, charty appeal.

DB: Here’s a controversial point: D&B has opened up to a massive, wide audience but has it lost a bit of it’s rough, gully edge? Has parts of it gone too ‘nice’?

JB: The good thing about D&B is that there are so many vibrant and different subgenres all bubbling away at the same time, and a good DJ can blend them all together to make an exciting and varied set. Yes there is a lot of commercial stuff about nowadays, everyone’s chasing the radio 1 plays and UKF views or whatever… we’ve got to make a living! But there’s still a load of cool, edgy stuff about too and it’s still getting the support: look at that ‘Marka’ track… super-dark and deep and it’s HUGE.

I think the scene is more healthy than ever right now: universal appeal and a bit more mainstream support and airplay is a good thing.