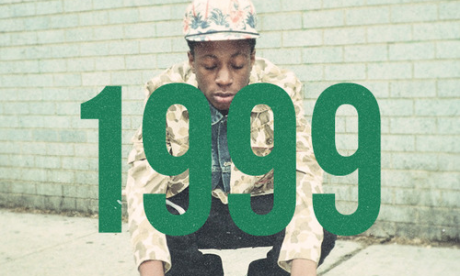 Follow Joey BadaSS and his crew Pro Era around their school in Brooklyn and catch a glimpse of their style and their vivid attitude and movement. This young mc is taking the internet by storm along with his first ever mixtape 1999 which I’m sure you have all heard by now. Taking it back to glory days of 90’s hip-hop with a strong influence by rappers like Nas and Mf Doom, clearly. I feel like at this point in time Hip-Hop it is only interesting if you have room to experiment with something different, something that will refresh your taste buds. Hip-hop has really seen it all – its time for a change. No more record labels and no more over priced music video budgets. The beginning of the ‘do it yourself movement’. So everyone make way for this crew of young mc’s, designers and producers. Impressive for a first mixtape? What do you think? Joey BadaSS and Progressive Era have landed and its time to show hip-hop that some people can still make that classic sound that we all love by progressing and being creative. Boom Bap.