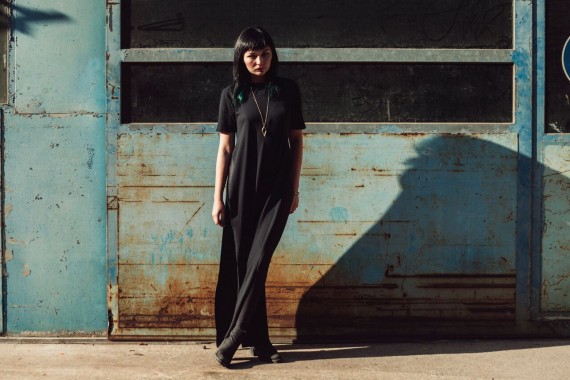 I caught up once more with Jamaica Suk, to speak about Trusst, out on Face To Face. Don’t forget that mix of hers, at end.

Hi, tell us about your recent activities.

I had time to grind down in the studio and focus on the development of my sound. Bridging the gap between my musical background and modern electronic music is a lifelong evolution. I do feel however that I’m taking some smaller steps closer to my vision. A standout moment last year was performing a Live PA in Switzerland.

This took place at Shatzalp in the Swiss Alps at festival called “Double Wood” I can’t describe how gratifying the feeling was to perform the music I’ve written in the past years; fusing dub, techno and live instrument recordings to a very intimate audience with full control of emotion, expression and cadence.

I’d love to know more about the Ep.

Trusst EP was inspired by the Berlin spring/summertime, hard ciders, and hash joints. After the vicious four months of winter comes a period of hope. Sunrises at 3am, open airs, and bad decisions.

This whole EP came together last July after I visited Croatia’s Garden Festival. I was happy to enjoy so many good vibes and spend time with close Californian friends.

‘Longevity’ and ‘Trusst’ were written the following weeks after returning from this festival.

There are tracks that take months, others that take days and ones that flow so naturally you don’t have to keep questioning whether they are finished or not.

‘Longevity’ was one of those tunes that just flowed creation wise; something I’d like to hear during the spring/summertime, and one that came without hesitation.

I wish I could name one producer however it’s constantly changing. The two most influential composers to me are Steve Reich and Brian Eno.

What’s something you’ve learned his year?

I’ve learned to be more patient with your craft and to be nicer to your creative self. Less dwindling in the world of crippling self doubt and more time staying in the now.

Take us behind the title tune? When did you work on this?

‘Trusst’ was written last July when I had a very prolific time in the studio. This was written after returning from Garden Festival and I wanted to create something equal parts heavy as well as light.

The melody was recorded from my modulus guitar and all the percussion came from mixed elements of the TR8 and Native’s Battery.

I wanted to create something tough but groovy with hints of melody.

My hopes are to travel more, drink more fresh veggie juice, and put out more records.