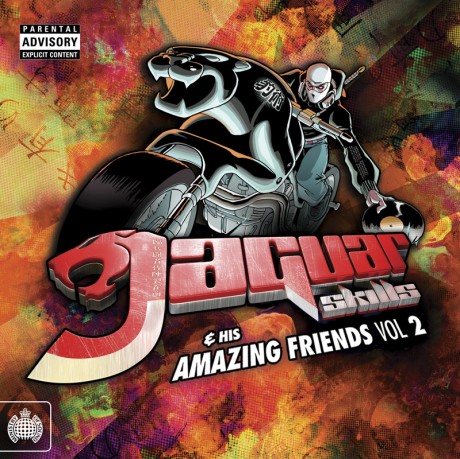 Jaguar Skills is set to drop his new album Jaguar Skills and Friends Vol. 2 on Ministry of Sound on the first of July. on Ministry of Sound which features people such as Subfocus, Fake Blood, Jaques Lu Cont, Wilkinson, Skream and DJ Yoda so we caught up from a primarily D&B angle to start with and ended up talking about teepees and Sumo wrestlers…

DB: I love D&B so am going in on that angle: what D&B do you mostly love, and ensure you’re armed with for live appearances?

JS: The D&B I like is any D&B that is going to make the crowd rock. I guess, I’m not that guy who’s into some super-pure form of D&B because I don’t come from that place really. With all music, to me, it’s just how it sounds and I don’t really care what the tempo is or, even, who made it. As long as it sounds fresh to me, I’ll spin it.

DB: Do you have a physical collection of music?

JS: Yep. I sold my entire record collection about eight or nine years ago but I’m now slowly re-buying it all back again. My Hip-Hop collection is almost back to what it was, and I have maybe 700 CDs so far.

For a while I have just had a digital collection and right now I have around 900 GB of music.

DB: So what are some tunes from over, say, the last decade that you draw periodically, the ones that are evergreen?

JS: Right now I’m listening to 90’s Hip-Hop and mainly early 90s stuff – nothing commercial. For me the 10 year period of music between 1987-1997 – that was when the best Hip-Hop was made. So it’s been records by people like EPMD, A Tribe Called Quest, De La Soul, Rakim, Pete Rock & CL Smooth etc. 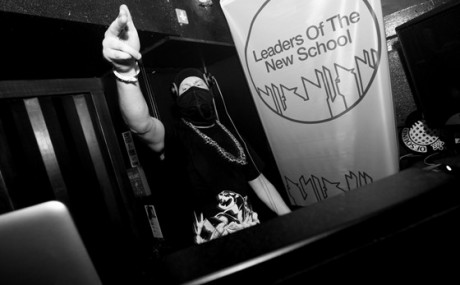 DB: Where are some awesome places to play out? Filter by: country, food, hot women.

Best food? If you’re into some Man Vs Food type flex, then the USA is the place for you and New York is my favourite place in the US. But, really, it’s Japan again for the food. Japan or The States.

Best girls? Russia. They beat them all.

DB: On to the comp Jaguar Skills and Friends Vol. 2 why should people buy this compilation?

JS: Because it’s fun and interesting and it took me a while to make. So fucking buy it OK – you’ll like it.

DB: Do you have any good, grisly road stories? & none of this ‘what happens on the road stays on the road’ nonsense.

JS: I’ve probably had my fair share of weird stuff happen, but after a while your reference points of what’s “weird” change a little. I’ve got used to a certain way of life that’s quite different for most people, so really I’m not too sure what’s weird and what isn’t now.

I mean, Me and Paris Hilton and Kim Kardashian once all hung out together in a tee-pee after a gig. I’ve shown P Diddy where he could go for a poo. I once got drunk on Sake and got my arm tattooed by a Japanese Monk with a Spear. I’ve been to a bareknuckle fight. I’ve hung out with Sumo wrestlers.

I’ve stood naked up a mountain in Japan in a storm at night.

DB: A chatty one: electronic music is great but in an age of computers is lacking from people with much in the way of Live Charisma*. I think we need MASSIVE and electric personalities, like yourself.

JS: You’re right! I think some people think music, especially electronic music, should be very serious. And that if you play it then you need to be very serious. This way is a very European way to DJ. In the States, it’s far more of a ‘performance’. In Japan it’s also more ‘performance’ based and more interactive. There’s no right way or wrong way, but I do like to communicate with the people while I’m DJ. It’s important to me to see the audience and interact.

I like to look into the eyes of someone when I’m about the blast them in the face with bass!

DB: Back to D&B, I heard you contributed to the new Danny Byrd album. Could I ask how the linkup came about? It’s a big album. That track You’re on ‘Bang!’ is pretty crazy.

JS: I’ve been friends with Danny for a while and I always wanted to make a tune with him. It just came about very organically and I think the track turned out great! Danny is such a wicked producer!