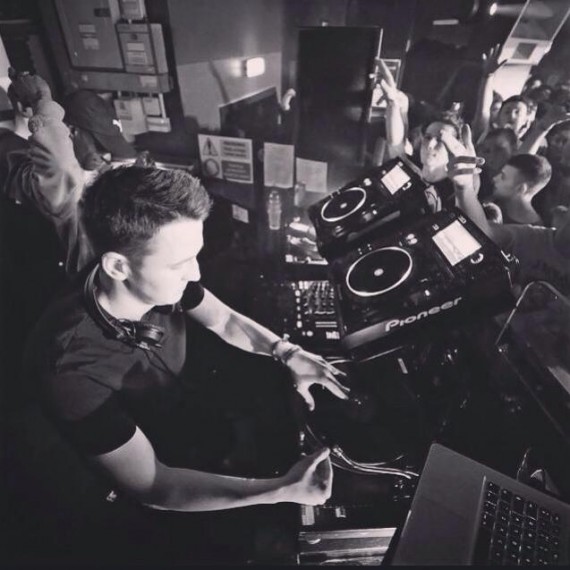 J Daure spoke to us about his route into D&B and very kindly dropped an amazing mix. He’s released on New Players and more recently collaborated with Ed:it on ‘Cardinal’, which came out on the latest Med School’s New Blood LP and also collabs with Ed:it on ‘Into the Light’. He’s also joined the likes of Lenzman, Ivy Lab, Randall, GQ etc playing in the Metalheadz room at the last Detonate party.

DB: What’s formulated your love of D&B? I detect some pretty nice influences when I listen to you! Lots of wicked inflections… I almost want to be transported back to Bar Rhumba and hear you play there! What sort of things got you into it?

JD: I think the album that got me properly into D&B was Hospital Mix 5 by London Elektricity, I used to listen to that on repeat when I first properly started getting into it all, then all of High Contrast’s older stuff. After that I began to delve into the deeper stuff.

I was absolutely hooked, there’s so many different styles, there’s a style for almost any mood.

DB: What about DJing, does that rank up with production?

JD: Yeah definitely. I love DJing. I started DJing a few years before producing. I actually used to get stressed out in a day if I didn’t have a mix, like it was my nicotine. Although these days, unless I have a set coming up or have to record a mix, I spend 99% of my free time producing rather than mixing. 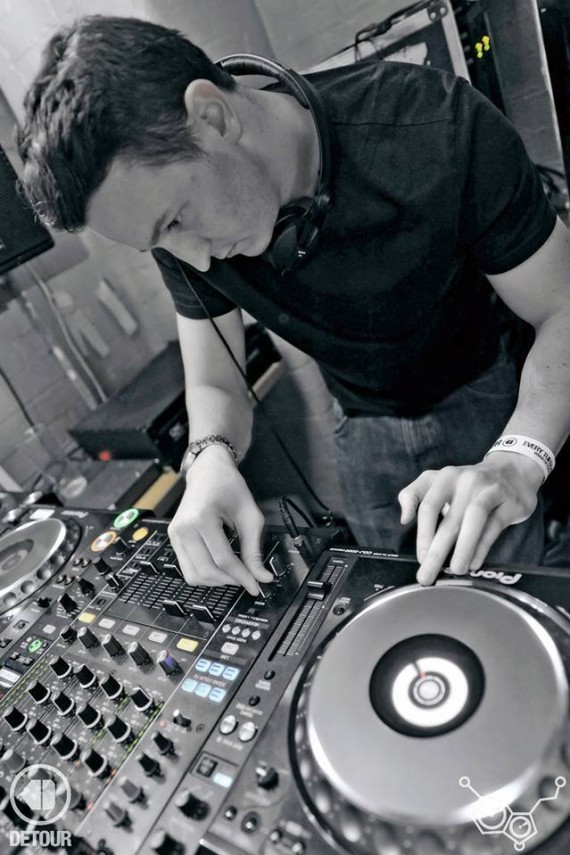 DB: Tell us about your experiences playing live: do you go in with a planned set or play instinctively?

It varies with planning, depending how much I know my tunes and how much I’ve been mixing recently. When it was the vinyl days, I’d know all my tunes like the back of my hand. But with the digital age, I’ve got so much new and good music all the time that I barely know anything.

So, often when I’m mixing I tend to create little playlists in Serato if I like a few mixes. Then during a set I’ll either go with the flow or have a gaze through the playlists and pick out mixes. I don’t really like doing the same mix more than once in different sets so I always try switch it up.

However, I always plan a recorded mix.

I treat recording a mix a bit like making a tune in a perfectionist sort of way.

DB: How did you come to work with the likes of Med School and New Playaz?

JD: That’s all thanks to Ed:it and the Chromatic boys. They already had the links from previous releases etc. And the labels were into the tunes we made together so things just went from there.

DB: What’s your favourite element of producing: what sort of studio faves do you have?

JD: Probably the creating part. But I find I spend 90% of my time mixing down and trying to get stuff to sound how I want. It almost becomes an obsession, to the point where you’re sat at work thinking about mixing down a tune.

My Mackie HR824’s are my studio favourite; since I got them I don’t know how I’d live without them.

DB: What D&B around is really inspiring you and getting under your skin?

JD: Ivy Lab Twenty Questions and the entire DLR album. It’s rare that I like every single tune on an album, but Seeing Sounds is something else. Also there’s a few other new bits I really like atm like Spectrasoul ‘Always’ and DRS ‘The View’ feat LSB & Tyler Daley.

DB: When did the wicked ‘Cardinal’ come about? I love this tune! any stories about it?

JD: ‘Cardinal’ was made quite a long time ago now. It was the second collab I ever did with Ed. The first saw some club time, but never a release unfortunately.

I’d love to tell you an exciting story about how ‘Cardinal’ got made, but it was just a simple case of sending bits back and forth until it was done.

DB: What tune of any genre is in your head right now and why?

JD: I’ve actually got my headphones on, listening to the Xanadu Through the Oort Clouds LP, currently on Photon. Wicked tune.

DB: And what is a D&B tune that makes you stand back in wonder… as in ‘how was that achieved?’

JD: I think on all of those fronts, the DLR album, If I had to choose one track I’d probably say ‘Charlie Brown’, I gave up on making tunes that evening after listening to it. The soundscape design and production on the whole album is next level, and the tracks are amazing, way out of my league, amazing in a club too.

DB: OK nice one any shouts?

JD: Yeah cheers. Shouts to The Addictive Behaviour crew, who’ve been a great label to work with, Ed:it, the Chromatic boys, the Detonate crew and finally the ‘What’s Drum & Bass’ crew.