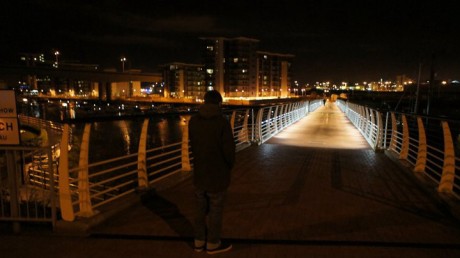 The production of electronic music has always been an interesting art and no one makes it more interesting and creative than Cardiff’s Leone. Finding his samples from old video games and rewired children’s toys, Leone is able to create some magnificent examples of euphoric music in an environmentally friendly way. With with Personal Space EP being released as a free download very shortly and in his first ever interview, I found out more about his bleeping and blooping and just what exactly this circuit bending business is all about.

Joanna Louise Ranson: Please tell us a little about yourself.

Leone: I’ve been using the STD moniker for some time and I enjoyed the release of my first EP through Bristol label Subdepth, however the name did lead to some awkwardness for radio presenters and in conversation. With the music I’m making now I feel a more personal connection and am confident enough to go by my name, Leone

JLR: How did you begin producing music? What was the driving force behind it?

L: I learned violin and piano at an early age and played in orchestras when I was growing up. I have a love for rich and dense sounds that must come from that so I first started writing music on a computer when I was around 15, using fruity loops and making sort of abstract sound pieces and crude jungle tracks. Then I got a program called Nanoloop 1.3 which is for the Gameboy so I got into writing and sampling that for sounds as I love the 8 bit sound it was through trawling these forums I learned of circuit bending the first thing I did was ‘bend’ a guitar pedal to make bleeps and bloops which were really harsh but sounded great to me. Since then my main driving force has been sampling toys as it seems I can put one down for a while come back to it and find something new to obsess over.

JLR: Your methods for sampling music are very interesting, can you describe how you go about circuit bending?

L: I like to re-sample melodies that are churned out from children’s toys that I have circuit bent so classics like The Grand Old Duke of York can be the start for me working through the sound bending it so it speeds up, slows down to a tone or just creates a weird spectrum of sound that I can then isolate a part of to make a pad or lead.

Circuit bending is at a very basic level shorting the electronics usually with a finger on the circuit board inside of a battery operated thing with your fingers and it spits out all kinds of crazy at you from the speaker, from there with a bit of electronics know how you can easily wire a headphone output to the speaker (so it can be recorded) and add switches or pots to simulate what the resistance in your fingers are doing. 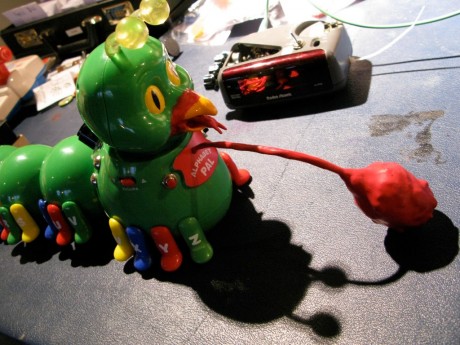 JLR: Where is the most obscure place that you’ve discovered a sample?

L: I have a field recorder that I have used to sample some sounds like claps and glass being scraped along the floor out at the abandoned boys village in St Athans, that place has a creepy feel to it even just listening to the ambience gives me the creeps some times. I like places like that though I’d love to be one of those urban explorers if I wasn’t of such a nervous disposition.

JLR: If you could describe your music in three words, what would they be?

L: Beats, bass, bleep ‘n’ bloops. I’m pretty sure that’s technically four but that’s how I like to think about my music even when I’m writing it I keep these things in mind to help me focus.

JLR: What are you working on currently?

L: I have another EP called Creeeeps lined up it’s kind of heavier than this EP in terms of sound palette and the rhythms. I’m also working on a whole new live set that can encompass many of the tracks I have written recently or been given. 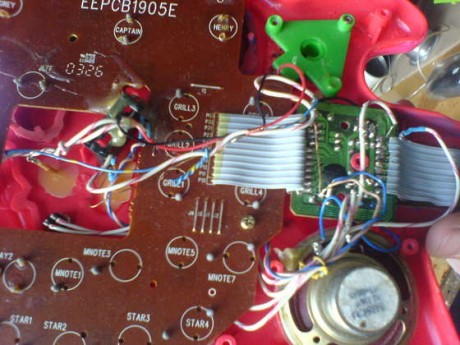 L: I have a lot of circuit bent toys ranging from telephones to keyboards, my Gameboy with Nanoloop on it, an analogue synth by Dave Smith Instruments called a Tetr4 all fed into a mixer with a send that has my guitar pedals some built by myself others straight off the shelf this is fed back onto itself for more weird sounds. From the mixer outputs I go into my computer running Ableton Live to sequence and jam along. I’ve been moving further and further away from using any kind of soft synths as I have so many instruments that sound better in my opinion or I can effect to tailor make my own sound.

JLR: Where can we listen to your tracks?

L: I’m on Soundcloud I tend to give a lot of sing tracks away on there for free. Also, I’m planning to put more complete stuff that I have written on Bandcamp as EPs in the near future. I have a remix coming out this Halloween of a singer song writer called Jim Johnston you can check it out at his site or my remix here.

JLR: What have you got in store for 2012? what are your next moves?

L: I will hopefully release Creeeeps EP sometime early next year, I’m planning on giving that one away for free too but as for other music I’ll have to wait and see. I’m also working on my live set hoping to get some more gigs soon as I enjoy playing out.

I also work alongside another producer from Cardiff under the name Maneki Neko Chan that will hopefully gain some more momentum over 2012 with live shows. That project is really an opportunity for me to indulge in heavy bass and g funk leads you can check those out here.

L: Just if you’re going to throw away your kids toys please spare a thought for either another child that can make use of them or a big kid who would really appreciate taking it apart as charity shops seem to take fewer and fewer battery operated things these days.

Oh and one of my favourite proverb, “Each one teach one” I think it’s just as relevant today as ever what with mainstream media and school curricula.