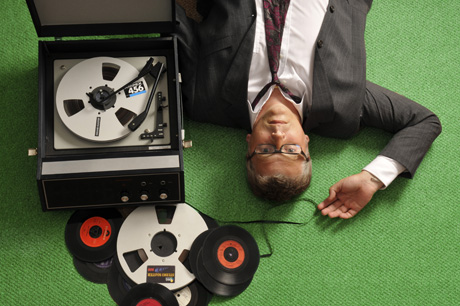 We caught up with master of the edit, Greg Wilson before his upcoming appearance at the Eastern Electric Festival in August. We’re big fans of Greg here at FMLB and this pioneering DJ has influenced an incredible amount of what is seen and heard in today’s scene.

Thanks for taking the time to answer some questions Greg, what have you been up to recently?

Apart from the ongoing DJ stuff I’ve finally managed to make a start on recording some of my own tracks. This has been the intention for the past couple of years, but I haven’t been able to set aside the time until now. Hopefully I’ll have a few bits to play out pretty soon.

You’re highly regarded as one of the masters of the ‘edit’, can you explain and give our readers an insight into the process behind making one of your edits?

It’s pretty much a means to an end. I edit something to play it out, so it might be a simple extension, or something a bit more complex – you approach each edit on its own terms. Often people over edit a track, when less would, as they say, have been more. It’s all about making the track more DJ friendly in the modern context. 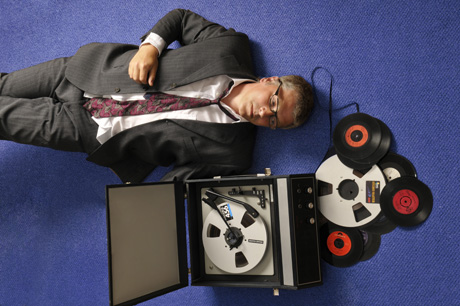 What’s the difference between cutting an edit by hand or computer, which do you prefer and is that because
of the ease of use?

I used to love tape editing, but given what computers enable you to do, and the time saved working in the digital domain, it’s an antiquated approach, which wouldn’t make any sense in this day and age.

If, by the Manchester era, you mean the late 80’s / early 90’s, when The Hacienda was at its peak, the period leading up to that, from the late 70’s onward, when the underground black scene really came to the fore, was a special time.

We were right at the cutting-edge of things, playing the latest music out of New York, hot off the press, so to speak, on import. Without the foundations being laid during this time, The Hacienda could never have become the legendary venue it was, viewed, all these years later, with almost mythical awe.

What was your favourite party of the era?

Legend every Wednesday circa 82/83, although I wouldn’t have used the word party – it was a deeper, more serious thing, tied-in with the social conditions of the time and the racial issues which affected the audience I played for, who were predominantly black, and to whom music and dancing provided a necessary release from their harsh everyday realities and pressures.

It doesn’t get any better for a DJ like myself, who started out with aspirations to be a black music specialist. To find myself working at the cusp of this scene, not on a local, but national level, was the fulfuillment of all my ambitions.

Greg began DJing in 1975 and is regarded as one of the most important figures on the UK dance scene. He enjoyed hugely popular residencies in the early eighties at Wigan Pier and Manchester’s majorly influential Legend. He was a pioneer of mixing in
the UK and in 1983 he became the first ‘dance music’ DJ hired for a regular weekly session at Manchester’s now legendary Hacienda club. Greg was instrumental in breaking the new electronic, post-disco records coming out of New York, a sound he has dubbed ‘Electro-Funk’.

In 2003 he set up his own website electrofunkroots to document this crucial era in the evolution of dance culture.

After retiring from DJ work at the end of 1983, Greg returned to spinning records 2 decades later to massive acclaim, with red-hot appearances at renowned nights including Electric Chair, Horse Meat Disco, Fabric, Back To Basics, Ministry Of Sound, Asylum, Melting Pot and the Sub Club, to name but a few. He’s also appeared in the US, Australia and various European countries during recent years, plus a number of major festivals in the UK and Ireland. In 2005 Tirk Records released ‘Credit to the Edit’, a compilation of re-edits spanning Greg’s entire career, some even original tape edits from back in the day (Greg still uses his trusty old Revox reel-to-reel tape machine when DJing out).

This wasn’t Greg’s first compilation either, having collaborated on most of the tracks to appear on the Street Sounds ‘UK Electro’ LP in 1984, as well as being the selector behind the ‘Classic Electro Mastercuts’ LP in 1994. Other firsts for Greg include being the first DJ to mix live on British TV (the Tube in 1983), putting together the first UK radio mixes of their type for Piccadilly 261 in Manchester (beginning 1982) and showing a certain Norman Cook how to scratch (Dec ’83).

Greg has written for magazines / webzines like Wax Poetics, Grand Slam and Discopia, and has a monthly online radio series, ‘Time Capsule’, on Samurai FM.