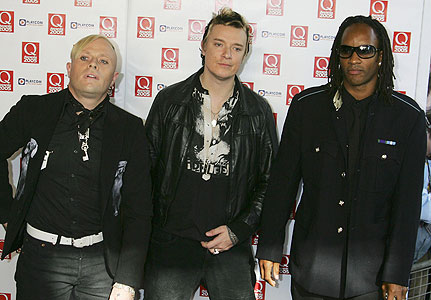 Time for that again, as ive not had much time to pass on the goodness invading my inbox on a daily basis.

First up we have KiD COLA’s remix of “Atomic Heels” by Secret Machines. KiD is currently being championed by Kissy Sell Out, Frankmusic citing him as his new favourite artist alongside support from the likes of Youth Attack, Urchins, Andy George, we are expecting big things from KiD COLA in the new year.

Machine Tool Operation dropped us with a glitchy electro track here, which he’s entered into the Shinichi Osawa competition. Go give him your vote over here

La Vida Locash are back on it again:

Give it a listen here and check the video here. As a bonus, they’ve sorted an early Christmas present for you all:

IDC’s debut album “Overthrow The Boss Class” came out this summer, got 5 star reviews all over the place and continues to sell well in the run-up to Christmas. A brand new single comes out early in 09, featuring Phil Ward from the Lo-Fidelity Allstars on vocals…

IDC still makes boots for his DJ sets around the world, and occassionaly lets them out into the wild.