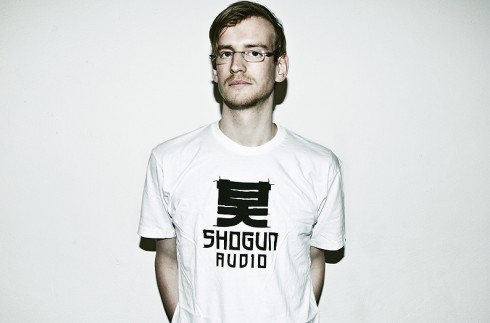 Damian Bennett: What was your perspective when you first came up into public view?

Icicle: I believed I was the reincarnation of Optical and Jonny L ha ha.

I was mostly listening to lots of Virus, Piranha, XL, early Subtitles, Cert 18, headz, etc. As was around 2005-ish the whole drum and bass sound had moved away from that gritty dark rolling sound. That was what I wanted to bring back.

DB: We’ve had some wonderful releases from you, stuff like ‘Dreadnaught’, ‘Driftwood’, ‘This Is How’… what’s some tunes of yours of which you’ve been most proud?

I: As a rule the tracks I most like myself have always been the ones that did worst in drum and bass ha ha. I think D&B-wise the track that really made me break through was ‘So Close’ on Med School. Those were just really exciting times for me.

More recently, I’m really happy with all the dubstep. I think people don’t think I just jumped on some bandwagon but I really like making dubstep, which was the most important thing for me.

DB: What sort of things inspire? I mean, anything from TV to long walks.

I: Anybody that takes inspiration from anything other than music (apart from lyrics), in my opinion is a little ridiculous. Ideas come from music and stay within music.

DB: Good point. Gimme your fave sort of night ever in the world to play?

I: Starwarz in Ghent always deserves a special mention as it’s one of the most long-running big nights in Europe, standardly great vibe and sold out.

And the Shogun label nights at Cable in London, Brighton and everywhere else are always lots of fun. Non D&B I would cut off body parts to play at Berghain some time.

I: I like lots of different music, from jazz and all sort of electronic. I have a special place in my musical heart for techno though and it is definitely my genre of choice when I go out.

I: 2011 is all about the album for me. ‘Redemption’ with Robert Owens is also just starting to get love from the radio guys which is great as it’s a little bit different from me.

Once the record’s out it’s gonna be lots of touring and after locking myself up in the studio for soo long making this album, I’m looking forward to that.

DB: What’s one album you would pick to play late night alone tonight?

I: Something by Four Tet will do. I love his sound.