DB: Your sound is ‘deep’, not in the usual lazy description but in the true sense, that it has a lot of thought and gravity… not to mention some of the best sounding beats. What’s your attitude to the sound?

HH: I think that’d be a fair way to describe it, to be honest, I personally don’t approach a studio session with the view to crafting something particular; we just tend to sit down and vibe off whatever is being played in the studio at the time. Dave collects the most obscene amount of amazing music, a glimpse into his hard drive is somewhat of a treat as I’m sure any sample based producer will appreciate: a good sample library is often a very good foundation for making music.

DB: So much talk about samples and their importance right now. What about the tunes in particular?

HH: Regarding the tunes, ‘Disilllusioned’ was the third tune we’d ever written together so we’d developed somewhat of a dynamic in the studio. I’d been experimenting with different techniques of processing bass and we established the bassline fairly quickly.

With ‘Trieste’, this was just after the times when I’d been in the studio with Sabre and Stray making ‘Oblique’ so I had a lot of liquid impression in my head…

We’d been watching a strange Scandinavian film around the time we made it and Dave naturally attempted to find the soundtrack online. It was then within a very short space of time that the track came together, randomly, the main girl in the film was called Scarlett, which is the name of another track we’d made. So it became very apparent that we were onto something good. Everything we did seemed to point in the right direction and eventually we sat down and finished them both off.

DB: Apart from scando films, what inspires you, what sort of stuff did you want to instil the music with?

HH: One of my main inspirations has been photography, I studied at college and I learnt a lot about looking objectively at something. When I started to make music I carried this idea into sound and it seemed to produce some quite unique sounds and styles. I like the idea of something non-musical influencing my music. 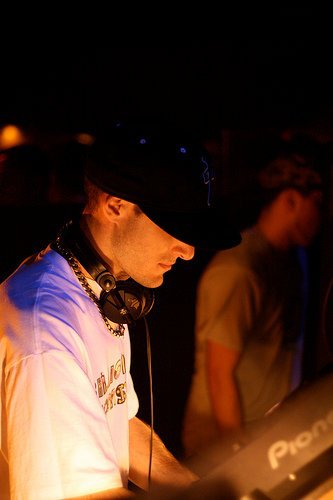 I also don’t like the idea of making something that’s been made before. I’m always listening to see if it sounds similar to something else on the market, which is tough because it means that a good 75% of the tunes I make never end up getting past an initial loop phase. I listen to loads of techno and ambient music, through spending a lot of time with Dave his talent for sniffing out good samples has rubbed off on me and I spend a lot of time listening to very obscure music trying to find some real unknown shit that people haven’t heard before.

DB: Apart from ‘Trieste/Disillusioned’ what other release activity is there from you? 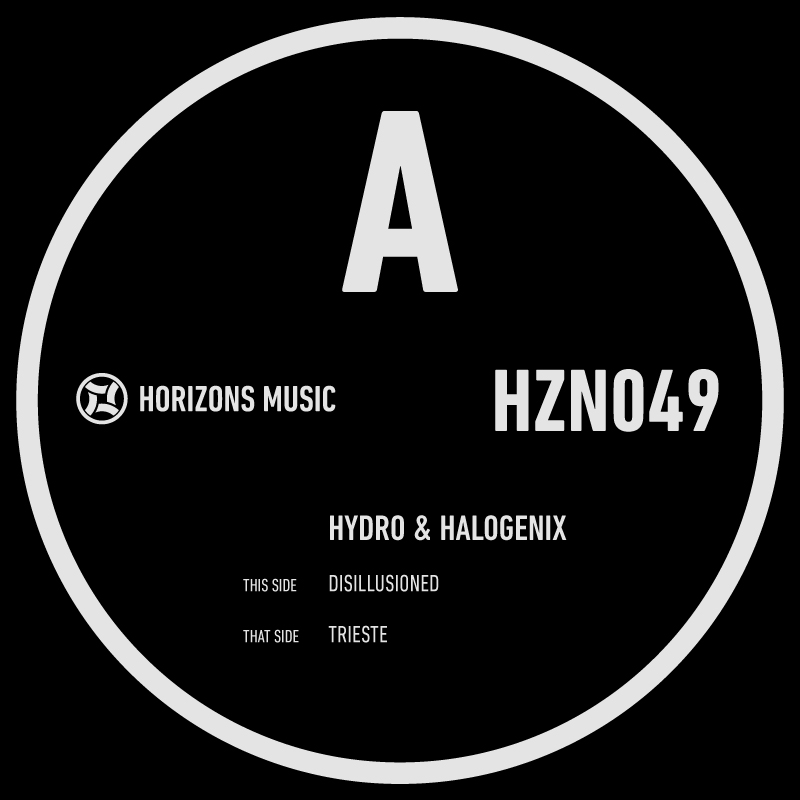 HH: Other than HZN49, there’s a release called ‘Tender Chain’, HZN50. There’s a collab with Stray called ‘Poiso’n coming on Warm Communications backed with one of Stray’s solo tunes ‘The Persuit’. A tune Stray and I made ages ago called ‘Rude Industry’ has been picked up by DNBA and will feature on their next compiliation CD. I also have 2 more solo tunes forthcoming on Dispatch: one called ‘Laika’ which will be on the flip to Sabre’s new tunes ‘Halo Danger’ and then another tune called ‘Raya’. that’s it for me at the moment, I’ve been in the studio with Sabre and Stray for the past 3 weeks so hopefully something good will come of that ha ha.

DB: Reminds me of a certain band called Laika, will have to check… OK, any thoughts about the state of D&B in 2012 and beyond? A few weeks back I put this to Kasra that I feel that the music is more ‘snap frozen’ than ever, that people can harness good ideas quicker and act upon it quicker, leading to tons of great music, straight from the soul. But how do you see it?

HH: I feel the scene has made somewhat of a revival in the past 6 or so months, with the explosion of the likes of Dub Phyzix. I think that a lot more people are pointing their heads in the way of D&B, also the fact that people like DJ Fresh, Sigma and Friction are making regular radio 1 play, can only be a good thing as it brings more attention to the genre. It’s a really positive time to be involved as I think the quality control has become more rigorous as labels can’t afford to put out tunes that they know won’t sell merely as a way of expanding their roster and catalogue of music. Producers are forced to give their all to their productions if they have a chance of getting signed… which can only really mean that the tunes get better and the scene flourishes as a result of it. 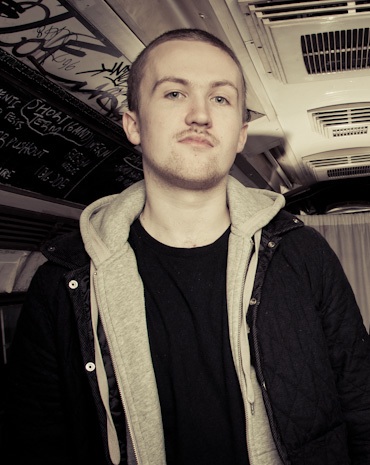