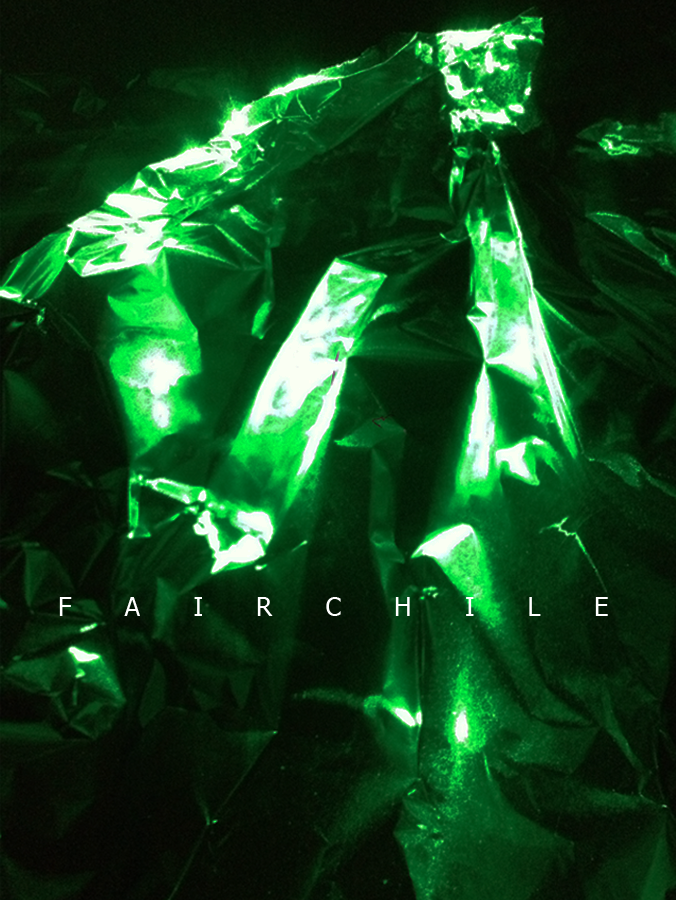 I spoke to electronic artist Hussein Sherbini from his base in Cairo. We spoke about his new Fairchile ep – from which he kindly gave us an exclusive – and asked about where the music was best heard.

HS: My music is mainly made for live and I’m currently working on a set that will include live vocals and concept visuals that follow the Fairchile artwork, which is composed of green lazers and flames reflected on what appears to be a chrome cave… when it’s just tin foil. As you may know, Egypt is currently going through rough times as we are fighting to avoid civil war.

During the past months there have been several protests in Tahrir Square where millions of people marched. There’s been many green lazers. Which suggests that Egyptians can throw the biggest rave on the planet.

DB: You’re part of a collective?

HS: Yes, part of a collective of underground artists known as the Kairo Is Koming collective (KIK) formed of several acts similar to mine. The collective was born prior to our Swiss tour last winter where we played 4 shows in Basel, Olten, Shaffhaussen and Zürich. We are currently organizing a coming tour in October and so far we have confirmed gigs in Germany, Switzerland, Austria and France too.

DB: The music’s ‘low fi’ but is fully-realised at once. Does that make sense? It’s simple but full-powered. If it was a painting it would be a very interesting depiction. Lots of space.

HS: Yes it is loud and sometimes ‘lo fi’ as you mentioned, but still expressive because this loudness and lo-fi character comes from my environment.

Cairo is probably one of the loudest most crowded cities on the planet. Not to mention the obscure social economic status that we live in where you have 40% of the population below the poverty line and yet fuel is almost the same price as water. There are probably more satellite TV dishes in the most poor communities in Cairo than there are in any of the world’s highest GDP ranking cities. It’s such a strong projection of how Egyptians know how to make the best out of any condition. It’s the main driving force behind Egyptian bedroom producers and striving artists like myself.

HS: I mainly like to produce in the dark, I’d love to not have to look at a computer screen at all while making music.

DB: What is forthcoming?

HS: The Fairchile ep is my debut release, but I’m also currently working on a second EP that might turn out to be an album. The current live set will include Fairchile and bits of the upcoming EP.