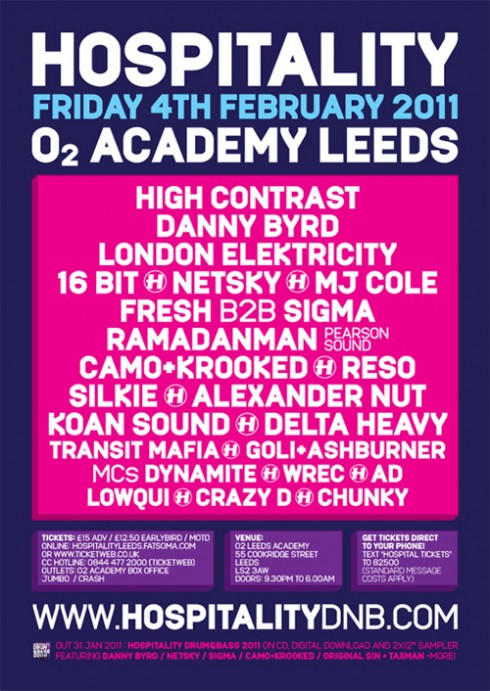 In the third of Hospital Records massive nights, we can reveal the lineup for their Hospitality night at the O2 Academy in Leeds on 4th February next year.