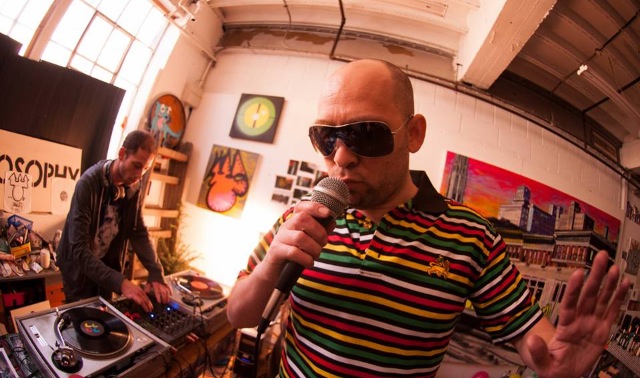 I spoke to founder Horrific James about the vinyl-only label and about a personal history of Jungle/D&B. New releases soon, see at end for all details.

HJ: The concept behind the name comes from back in the mid 80s. I was into Def Jam Recordings and years later early 1990s names Like ‘Death Row Records’ stood out in terms of a nasty name.

In 2002 I did a show of my paintings called ‘Horrific Paintings’ and then in 2004 Charles Saatchi exhibited my huge painting titled ‘Horrific’ at the Saatchi Gallery London. I was there with Charles Saatchi and a couple of mates when they hung it and they called me ‘Horrific James’ as the painting read on it – in huge 1950s-style comic lettering – the word ‘Horrific’

HJ: I was always inspired by how Goldie drew the Reinforced ‘R’ logo and later he worked on Metalheadz logo. For Horrific Recordings I drew the logo myself freehand, then had it scanned in, just as I drew it around London and the world: since Y2K 14 years and counting.

DB: So could you give me background on this label and you?

HJ: My background is I have been collecting 12″/10″ Jungle Vinyls since November 1993. My first 12″ purchase was by SUBNATION ‘Scotties Sub’ on Mercyless Records. After that I never stopped. Twenty years on I wanted to start my own label, to Push the sounds, techniques and styles I believe are in ‘The Horrific way’.

DB: You are a vinyl only label?

HJ: The vinyl only idea evolved after myself and Nick EP did a couple of ‘Vinyl Only’ D&B nights called ‘PHILOSOPHY’ at Power Lunches in Dalston last spring 2013. So the Vinyl only label was my extension on that idea, putting out quality brand new 12s as well as collecting antique 12s. And I still play my originals from 93, 94, 95 etc.

The Horrific aim is about bringing the power back to the DJ… like in the early/mid 1990s, and also debut plays of tunes to the public on vinyl only, whenever possible: test press debuts.

DB: What made you want to get into running a label? Who supports your label?

HJ: I am a Jungle fanatic, a vinyl junky so it was bound to happen in the end. My destiny. Outlets that have been receptive: Juno, Eastern Block, Chemical Records, Red Eye Records and others: thank you. 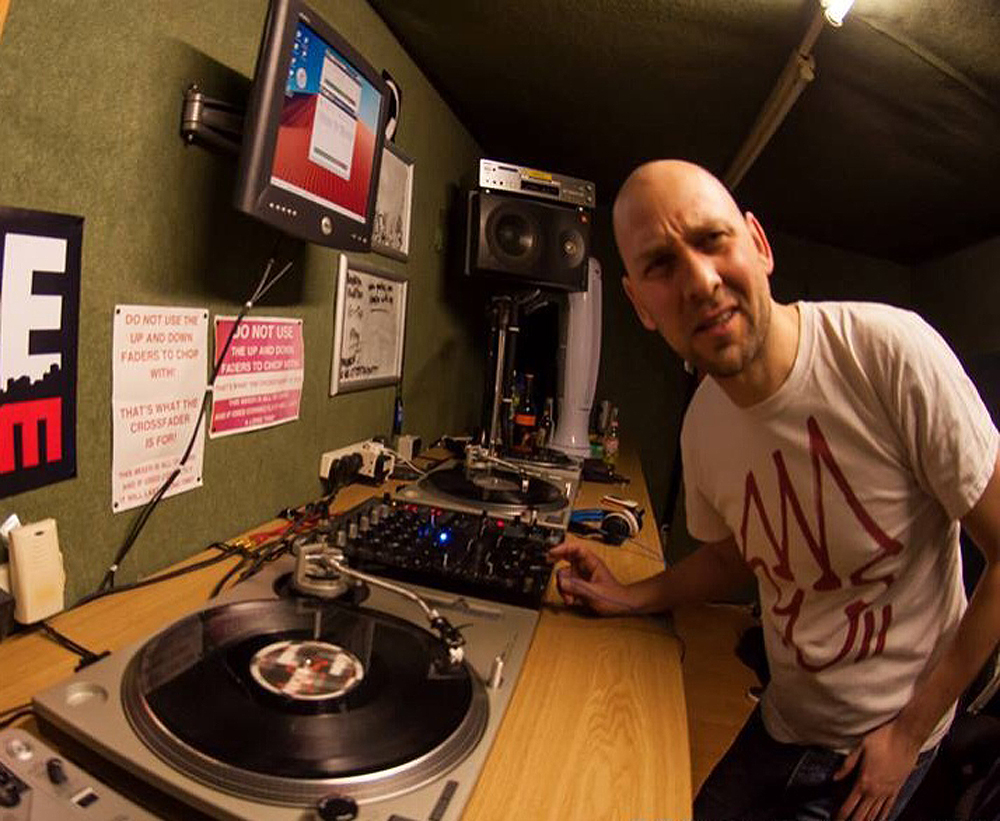 DB: You’re based in East London? What’s the grassroots scene like there?

HJ: Today in 2014? grass roots I don’t really think of it in that way today: you had Bunch of Cuts at Hackney in 2012 which I attended, but that was about it.

Like football went global Jungle/D&B went global 15 or so years ago and Brazil took over D&B as well ha ha. The scene is global, it’s a case of whoever has the quality sounds.

I was born in Bletchley, today famous for Bletchley Park. I grew up nearby and my first rave was in Bletchley at Denbigh Leisure Park in early 1992, later named The Sanctuary.

When I started DJing weekly on Rude FM 88.2 in summer 2000 I got some tower block rawness. 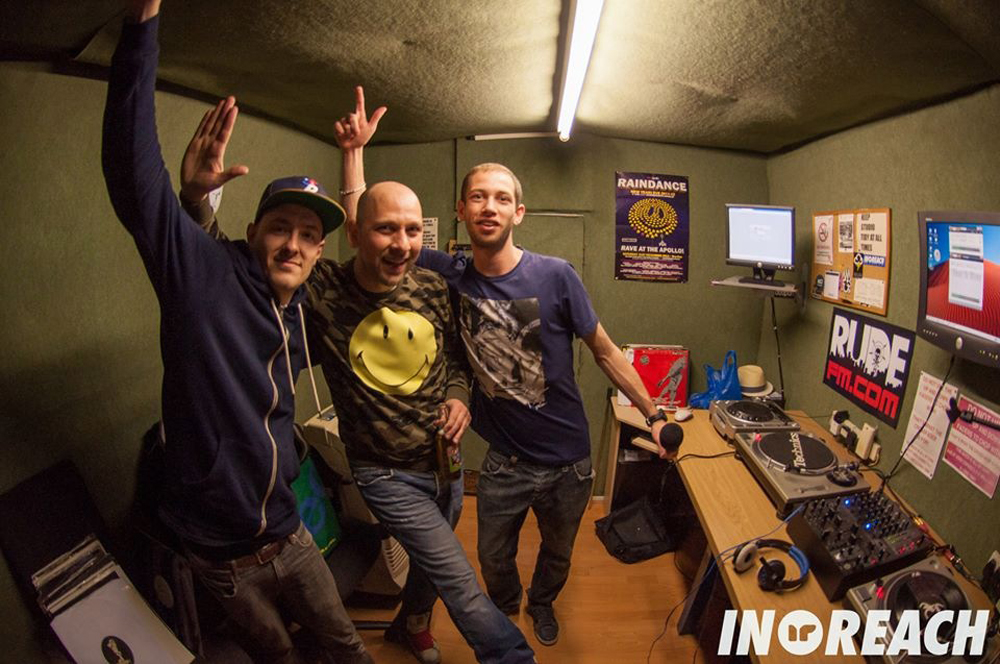 DB: What are some D&B gems you have bought over the years you treasure? For artwork, vibes at time etc?

HJ: For vibes and journey in hunting a tune for months, ‘The Bell Tune’ by The Invisible Man GLR 006. I had a LTJ Bukem tape with it from 1993 and we all loved it, we danced out at the raves to it and it was rumored ‘The Bell Tune’. But tunes just used to be on Dubplate for months. When I saw it in the record shop summer 1994 buying it nearly a year later: you couldn’t believe you had it, it was very special.

I still play my original copy. Recently I had an amazing chat with Graham Invizible, finding out a few historic facts, it’s obsessive and fascinating.

Artwork-wise, equally as deadly on the vibes it’s the legendary Reinforce Enforcer picture discs 1-5… were spot on. I hope to do a Horrific picture disc one day. 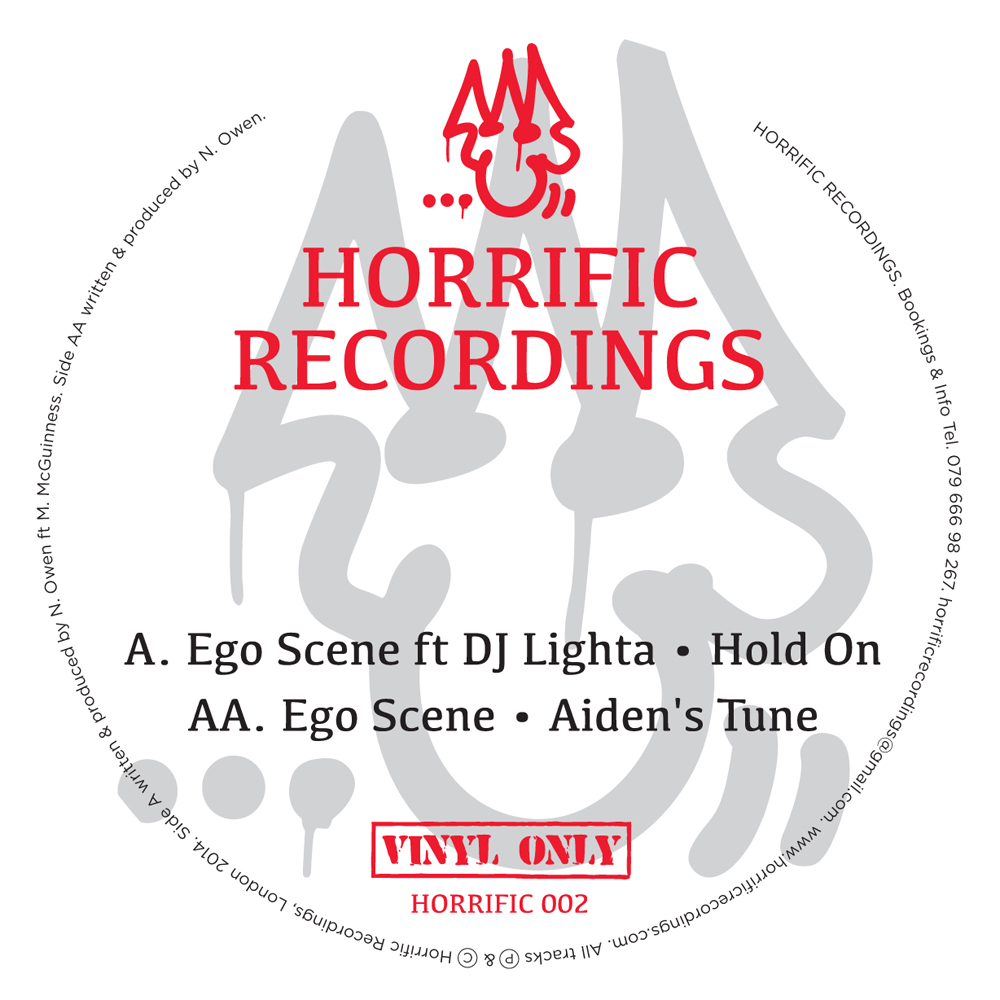 DB: What labels inspire YOU?

HJ: In recent years Ingredients: Records. I got Ingredients 001 in 2009 and have been collecting ever since. Ingredients reminds me of Reinforced back in the day, passion, discovering talent and quality.

DB: What nights do you hit? a) as a fan and b) professionally as DJ capacity?

HJ: a) As a fan I got to most Ingredients nights in London, so happy they’ve done Fabric twice now which I raved at all night! Ingredients rockin da house.

What are some tunes that inspire right now, maybe 5?

DB: How do you discover music?

HJ: I discover music for Horrific various ways: I listen to D&B/Hardcore/Jungle everyday routine 1990-2014 and when something catches my ear be it on rudefm.com, soundcloud, Fabio’s new show or out and about then I start to try and make contact with the producer and keep an ear out for more tunes by them.

It’s early days for me, so I’m working it out as I go along: Horrific’s not the finished article yet, a work in progress, but I’m pleased with how it’s going.

Big shout to all the massive.

Ego Scene and DJ Lighta ‘Aiden’s Tune’ and ‘Hold On’: out on Horrific Records May 12