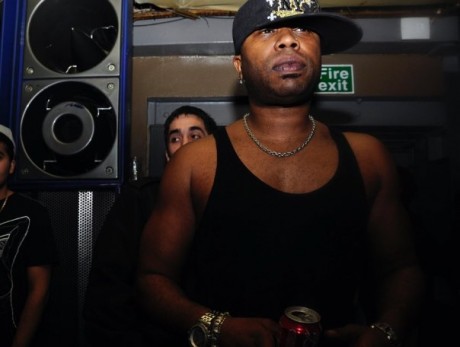 Grooverider chatted about life and music, just before his four hour set in Birmingham recent.

Damian Bennett: Man when I started listening to the show, late 90s I quickly realised I had to tape it as so much was on plate, and that so much would never come out, that that was part of it.

DB: I mean how many pieces of vinyl are you looking at, is it still there, all this history?

G: I’ve still got every bit of vinyl, every acetate I ever had.

DB: … and now it’s completely digital, in terms of the way you work with music?

DB: So it’s easier now, digitally? So many stories I’ve heard, for example getting into a club past security with heavy boxes full of vinyl…

G: It’s much easier… that was the main reason for switching over, the drama of carrying records everywhere. I went, bought Serato, haven’t looked back since.

DB: So if it’s a digital flow, when do you get the chance to check music out, process the tunes?

G: I do it now, that’s what I’m doing now to be honest with you [nb: during week we chatted on phone]. Late in the week I get my stuff together for the weekend…. it’s also for the show, I like to get it ready for then. I just sit down and play some tunes.

DB: There’s stuff from sources you’ve known for years but is there stuff that still takes you by surprise, comes out of nowhere? Stuff like Majistrate, Pleasure, Jem One… back through time, all sorts of stuff I heard first on your show…

G: Fresh artists, it’s the next phase, it’s always the next phase. There’s always new names; I look at my inbox and there’s names I don’t know. Once they make one tune then you start investigating on the other tunes they did before. Sometimes you miss stuff… you heard something then you go back and you see that the sound was there already, you just didn’t hear it at the time.

DB: It’s all about encouragement too… you were once talking to a big crew in the studio and mentioned to this to someone who was part of that crew off to the side who was starting out making his own stuff, that encouragement had a lot to do with it…

DB: So what about names that you’re encouraging, over time you’ve been behind names like AI, Twisted, Rollz, Fresh, Jaydan, Sensai, this Drumstep thing for example.

DB: With Prototype, your label, what sort of sound gets you going?

G: I don’t know… I’m old school, I always want an anthem, underground anthems. That’s what I’m on really. It’s not all about miscellaneous development music, sometimes it’s just the bangers and Prototype is about the bangers. It’s not really like anthem music at the moment, probably why I haven’t put anything out for a while, it’s development music.

DB: I know you like big intros, me too.

DB: So with the big stadium sound that you find now, there’s nothing you wanna put out? 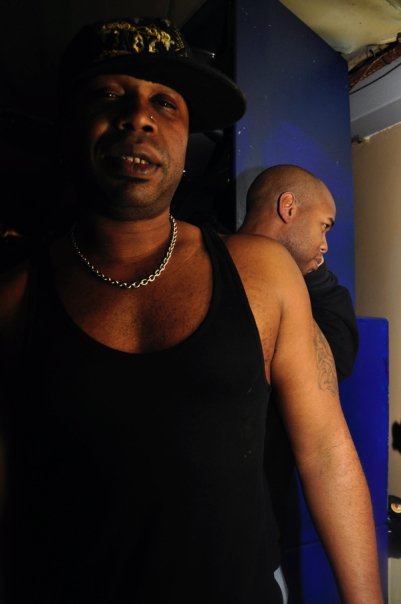 G: Not really. The ‘anthem’ music around is sorta synthy, it’s sorta ‘VST’ synthy… I can’t get to grips with it, not for Prototype anyway, doesn’t have that raw, ugly sound… but still melodic. It ain’t really what I’m hearing right now.

DB: What you gonna draw in Birmingham?

G: I just wanna do a four hour set, I’m gonna do what I’m gonna do. It just comes to me on the night, you have to gauge what the crowd is first. What I’ve got in my head is play the old school, play the new stuff, bit of liquid, drumstep, bit of everything, mix it up.

DB: You play drumstep in sets?

G: Depends how the crowd takes to it… but that Sub Focus track, that’s an anthem…

DB: I don’t know how you keep track of tunes with a computer, all the tunes on there…

G: I’m carrying about four to five thousand tunes at the moment…

DB: You go back to old days, how much that would translate to in terms of cost??

G: Exactly… I sit down and think, I could’ve bought houses and houses and houses with the money I spent on music. It’s cool though at the end of the day you spend it because that’s what you do. But when you analyse it, it’s a lot.

DB: But was it a different vibe and attitude in the era of vinyl? I’m thinking of hip hop as well…

G: Nah… I get tired quick. The sound’s there, then it’s gone. I like to keep it moving. New sounds inspire me to keep DJing. If it was the same old thing I’d be out of the game, I’d be bored. New artists, new types of music inspires me to keep going. I like to do my music, like to investigate new types of music. I’m old school when it comes to the music.

DB: What about outside of D&B?

G: To be honest with you, 90% of the music I listen to is drum & bass. I listen to other stuff, twenty minutes then I’m back onto it. I have to think about it man… there’s something wrong with me because I don’t really like anything else. Everything leads back to D&B for me.

DB: Are you happy with stuff getting drawn like ‘Charade’ when it gets drawn or want another Grooverider Album?

G: Ah, fuck all that ha ha. I’ve got a whole album’s worth of stuff not released. It’s ready, been sitting round for a couple of years. I want to make some new material, fed up of hearing about ‘Charade’. Got to move on. I want to create a new sound for myself.