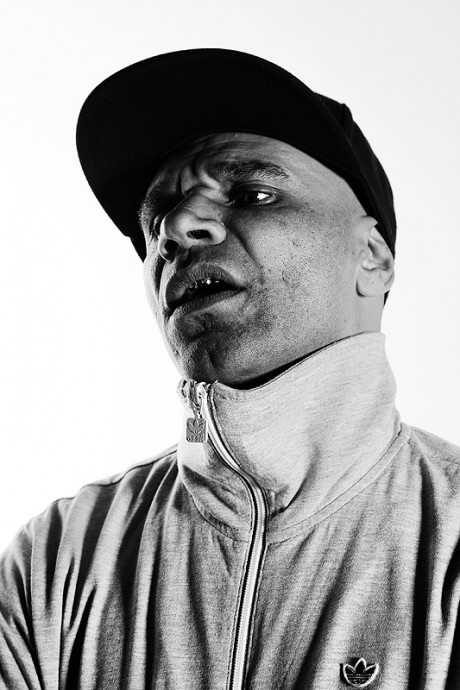 The new Fabriclive comp by Goldie takes stellar quantum leaps, it’s like some classic Heinlein interplanetary sci-fi novel: one minute you’re in a dense, tropical bass-storm circa 2008, then it will switch, and you’re surrounded by late ’90 breaks, mentasm stabs and fits of strontium jazz. Then you’re hung in stasis, suspended briefly in an airlock with tranquil classical infusion filtered in, soon to be bounced into some Reece-strewn starfield. It’s a jolting, drama-propelled journey, it hurts a lot, it could have only come from Goldie.

Personal faves come from the Need For Mirrors, the glorious ‘Celestial Navigation’, Enei, the killer ‘Proteus’, Rido and Thomas Oliver… & a certain moment from Goldie himself.

Meanwhile Goldie is talking to me about Bikram yoga

Damian Bennett: Your thoughts about this new Fabric album?

G: I’m moved by the resonance. A lot of the artists may be not aware of the power of the tracks, it’s maybe the most powerful thing they’ve done. When you’re young, you make music very unconsciously. I mean when it was me I was making Phil Collins with an Amen break. When people get the equipment, the sound right, when they get something right… they can then look back at the formula, they can reflect about what the ghost in the machine is, what the white noise is. They may not be able to see.

DB: How does the music keep relevant?

G: This music is no different to wildstyle grafitti, it will NEVER be understood in it’s purity! Grafitti in it’s PURE FORM, then look at Drum & Bass music which has been involved in lots of other forms… we were the bastard child of rave, dubstep the legitimate child of Drum & Bass. Something good’s come out our culture moving forward. I could talk about music till the fucking cows come home. And there’s no individual’s that’s bigger than it, I don’t care how much money you’re getting, or if your rider’s “I want the room done in complete white with flowers lain down with a fucking trendy house DJ playing”, nothing is bigger than the music. I have tried to champion that with this compilation.

It’s only a compilation of music that I like.

DB: I general, do you think that people have less in the way of attention span overall re how they listen to music and when they go out?

Look, I wrote Pat Metheny a handwritten letter. I know he received it.
I know he read it.
I know his response to it when I sat down and interviewed him one on one two weeks ago.

I asked him about ‘Are You Going With Me?’, what were you thinking when you made that track? “Do you realise the power of that track?” It’s an infinite piece of music.

DB: I do indeed like that track and album too.

G: Same with ‘Kind of Blue’… it may have encapsulated that generation, may have sounded like “from New York”, it may seem like waking up at 5am, with the fucking smog of the Hudson, being Downtown at a coffee bar or coming out of a jazz club in the morning… the picture that it conjures up. But that my friend is what alchemy is.

It only just so happens, Damian, that I happen to make music that comes from a complicated genre. Regardless of “Drum & Bass Music”, I just so happen to come from there, coincidentally… it’s from obscurity, it activates itself into a dynamic. I’m still dealing with dynamics, with arrangements. That says a lot: I do like to be able to say to some writers “We don’t always know what we’re writing when we first do it but if you keep doing things like this your music and skill will grow into something else.”

It all depends on two things, one begats the other: Honesty. If you’re honest with the music that you make, and to be truthful with it… those two things don’t mean commerce and money in the bank. People say to me “You’re so lucky!” There’s no such thing as luck, it’s called ‘chance meets opportunity’ and taking it. You can put me in a gold shirt, some silly shoes on, I dance around on TV, I’ll do it and put my kids through school. When it comes to my art and music, I don’t compromise in any way. There’s a certain name for it the native Indians have, the haioka, it’s a clown, it’s one of those people that fucking walk backwards through their lives. I’ve always done that.

DB: What’s planned for you next, will you make a departure from D&B?

G: People forget that throughout my albums I’ve experimented. There was always downtempo for example, always. I’ve always done something different, always have. But if someone were to ask “Would you ever make an album without anything that didn’t have a D&B tempo?” I’d say No. 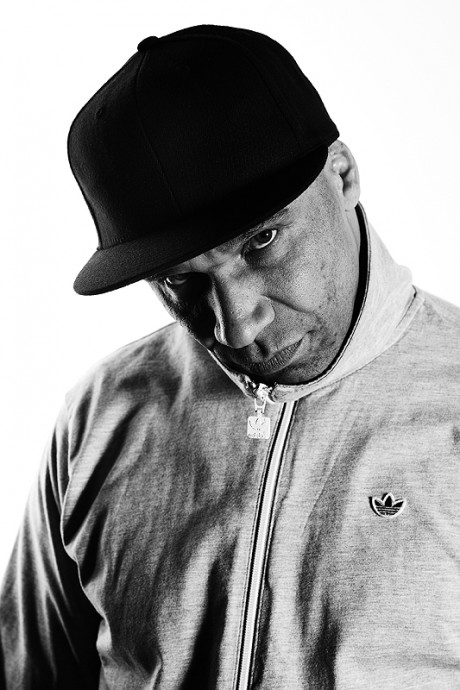 DB: Is the reaction to D&B still as fevered, in your travels?

G: I played in Russia recently, Chelyabinsk, it was one of the best gigs I’ve ever played. Fucking ridiculous, it was like going back in time, people having the most remarkable night. It depends: I have a great time, playing music.

I just do what I love, it’s Goldie Music.

DB: When do you get time to listen to music, with all you do?