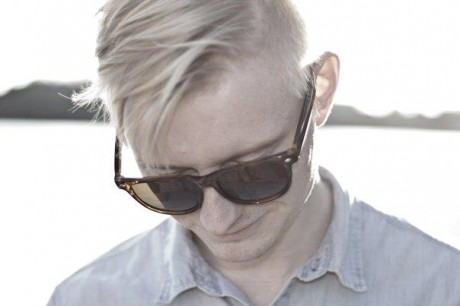 I caught up with Nuage and Gerwin on the eve of the new release, out soon

DB: These tunes sounded like a lot of fun to create, was that the case?

Nuage: I remember a moment when we recorded a track, opening our project, which had a secret name: ‘Nuger’. I had a sick demo, and when I sent it to Gerwin, he said: ‘It’s awesome, bro! You know, I played it more than 5 times already!’ And then, when Gerwin added intensive strong drum shots and powerful synth elements I said ‘We’ve got a signature sound.’

Each track is always easy to work on and always full of creative ideas, and as a result you want more. We’ve got about more then 10 tunes together, and it means more then work together; ‘Nuger’ turned into a good friendship. Music can unite people.

Gerwin: Yes indeed. Both tunes have been very cool to produce. Actually each track we made together with Nuage was a real pleasure to create, particularly ‘Lying Portraits’. With the vocal skills of 2Shy it was really the cherry on the cake, a pleasure to blend all of our contributions.

DB: There’s real clear distance between all the sounds and it all perfectly gels. To me it is just good taste: clear, simple sounds and strong melody.

Nuage: I’m sure that the key is simplicity. The idea of ​​the track must to be recognized. I hear a lot of music with no rhythm or melody – maybe it’s abstraction for someone, but for me its nonsense. It looks like a book with a weird translation, how do you catch the point? Who will read this? Sometimes my music sounds tricky but my aim is make it readable.

Gerwin: Well that’s always a challenge. I like melting things that apparently won’t fit in together if you take them separately and finally manage to make something coherent with all these elements. Also, I’m happy you use the words ‘clear’ and ‘simple’ as it’s another challenge to use what you know about production, what you’re able to do technically in the service of something comprehensible for everybody. This release is all about these two challenges actually.

DB: There’s two different statements in the titles of this new release, about ‘Lying’ and the ‘Truth’ which make up for an interesting statement in itself… hey, any stories we need to know?

Nuage: The hardest thing in our collaboration is to get the name of the track. Sometimes we can sort around ten or more titles to give the exact name of the composition, to reflect the whole story inside the tune. In the case of this release we just chose two great ones which fit awesome together. Pure coincidence … or maybe not.

Gerwin: Really interesting that you noticed this because I didn’t myself! But now you’ve noticed this, let’s consider it’s the magic of the release. 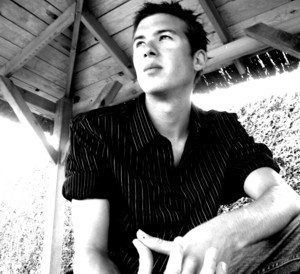 DB: Your music has many snapshots of urban life, of city living at a certain pace. Would you say this is true?

Nuage: Jungle music for me has always reflected the city life, urban movings. When I was 14-15 years old, I heard the track, which both describe D&B music and as the music of streets for me. It was Lemon D ‘Urban Style music’. Jungle movement of those far times has got a great influence on my mind, my first musical revelation. And in my own music, I often go back and look through on the past, the sound-mix of the old funk and soul, mixed with broken urban jungle rhythms. My home town has a great influence for me and the music too: a mystery, lost, melancholy, grey skies of St Petersburg.

DB: So is your stuff the music created FOR someone in a busy life to listen to or is it music created as a RESULT of living such a life?

Nuage: Music is a snapshot of what’s inside, like any art. I often hear such words like: ‘Hey Nuage! Your music is just great for a walk and think and even sex!’ Certainly I’ve not created a music specially for someone, I’m just sitting in my studio with a monitor and midi piano, and doing what I hear. Maybe it’s the personal point of view on the things in a busy life.

DB: Do you watch a lot of films?

Nuage: I watch movies not too often, mainly prefer books. I love Hemingway, Remarque, Bradbury. Recently watched a movie called ‘To Live’ from Vasiliy Sigarev. The film was emotionally hard as most of the Russian independent movies, and honestly to the end of that I wanted to drink some alcohol. I advise anyone who wants to look on the hard life in the Russian neighborhoods. I also enjoyed ‘Hearts in Atlantis’.

Gerwin: Tough one, I really like a lot of films, it’s more or less my second passion. If I had to name a few I’d say ‘Taxi Driver’, ‘Gattaca’, ‘Lost in Translation’, ’21 Grams’, ‘Oldboy’, ‘American Beauty’. Or simple stuff like ‘Predator’ and ‘Robocop’.

DB: What about visual arts, painting for eg?

Nuage: Last month I was in Helsinki at the Art Gallery called Ateneum. The exhibition shows a set of Scandinavian artists mid-19th/early 20th centuries. Scandinavian art of that time is very different from European classicism with details of everyday life. Finnish arts shows a lot of tales and mystery motives, dark, scary characters. If it was music it could be Burial.

DB: So, in the music who is of a similar outlook to you?

Nuage: Well, it is always nice to work with people with the same point of view. Working with Gerwin and the track ‘Lying Portraits’ is a great example of our similar outlook.

Gerwin: I’m really into technically advanced drum and bass – which is often linked to darkness – but also into people who have a real ear for the more ‘musical’ aspect of this music. Bringing the two worlds together is an aim for me. So I’d say I feel quite close to guys like Break, Hydro, Spectrasoul, Sabre, Naibu and of course my friend Nuage.

DB: Could you give me release date info for 2013 and some personal plans?

Nuage: At the beginning of 2013 will be a release on an Irish label Absys, a debut called Music Of Branches and single on vinyl 7″. Also sorting a big project on USA-based Translation but this is still a quiet work too, I’ll write the music for my own label Interactive as well as other projects, including IM:LTD.

Have a nice day! 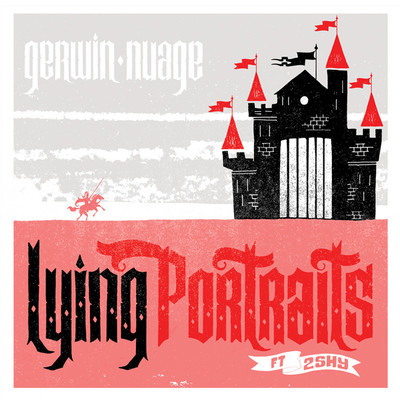