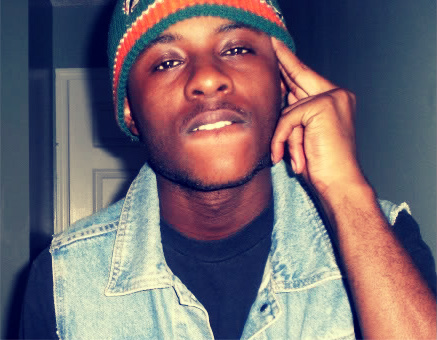 The first time I listened to this track, was when Odd Future’s Syd Tha Kyd played it as one of her opening sets at the Camden Crawl festival in London. Flabbergasted at the response it got, it didn’t take long for his name to pop up, thanks to good ol’ suggestions. Spaceghostpurrp, a Miami, Florida native born April 1st 1991. Making him only 20 years old, releasing four projects, NASA The Mixtape on September 13th, 2010, NASA Underground: Lost Tapes 1994-96 2nd December 2010, NASA Underground: Lost Tapes 1991-93 30th November 2010 and released Blackland Radio 66.6 on May 1st, 2011. Making Blackland Radio 66.6 his most recent body of work. His influences include Three 6 Mafia, UGK, DJ Paul, Eazy E, and DJ Screw. It’s complex putting this artist in any sort of music genre, with listener’s sure to ask the obvious questions: “What are we to classify this as? What genre is this? What is a genre in music anyways. If you was to ask an avid listener in this day in time, to break down to you what a genre is in 10 seconds whilst eating a mince pie: I bet they couldn’t and wouldn’t distinguish a genre in 10 seconds or even eat the mince pie. Spaceghostburrp is trying to fit the triangle in the square with his music, his beats will hit you from all directions of your brain leaving you in a distorted, psychedelic moment. It’s like he recorded his first three projects on Planet X; and civilization (if there is any) on Planet X kicked him out of there right after they heard his fourth project Blackland Radio 66.6. But then created his own planet, and thus civilisation started there due to his production, sounding like he doesn’t bother mixing it professionally. His lyrics, well we all need to indulge in some consensual rap once in a while.