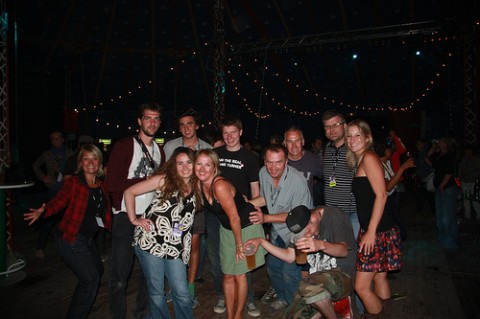 Friedmylittlebrain were invited to go to Paris for 3 days as part of Eurostar‘s “Little Break, Big Difference” campaign to show that you can travel for just under 3 hours and be whisked away from UK to have a break in France for the weekend. Where did we go? The Rock En Seine festival

I’ll admit, that after having checked the lineup, I was looking forward to seeing Vitalic, Birdy Nam Nam and The Prodigy, but it didn’t stem too far after that…

…But you’ll be pleased to know, I was pleasantly surprised to find myself enjoying a lot more of what was on offer.

Including The Klaxons, MGMT, Yeah Yeah Yeahs, The Offspring and Metric. That’s not to say that myself and the rest of the Fried crew DON’T enjoy watching bands/anything that doesn’t have a raging bassline, but it’s not our usual rave tipple.

Highlights were definitely Birdy Nam Nam, who after smashing out an extended set including “scratched accordian electro” with a lightshow that rivalled Vitalic’s and Daft Punk’s (Yes, I did say that!). 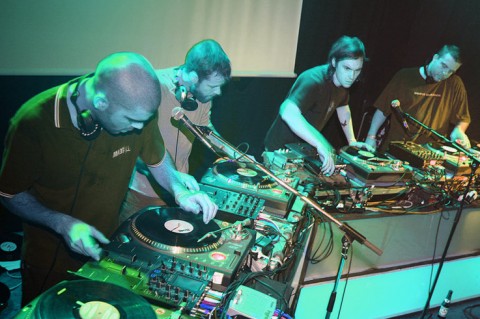 The Prodigy who tore the crowd to shreds (g’wan boys!) 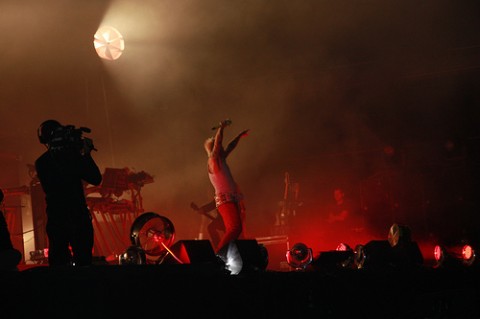 Spending the after hours drinking Champagne (!), running Human Frogger across a dual carriageway, escorting ladies back to parties thrown by their brother and friends to play them Tempz, some French Touch classics and other Grime tidbits…..phew nearly out of breath….and that was JUST Friday.

If you’re interested in doing something of a similar vein peep the Little Break, Big Difference site for ideas for entertainment and culture-orientated breaks to Paris, Brussels and Lille.

HUGE thanks to Sarah, Camille and Sandrine from We Are Social for getting in touch, organising the whole thing and making sure we could cross the road, eat a decent meal and generally take care of us whilst enjoying the festival themselves.

We Are Social: “Hello, we are social. We are a conversation agency. We help brands to listen, understand and engage in conversations in social media.”

You can find out more about them here

Big shouts to the rest of the bloggers on the trip: Nikki and Terry from Buzzinmedia, Marcus from Stereokill.net, Boaz aka “Codfish” aka “Codfather” from Cougar Microbes, Joe and Sam from Hush House, Stuart from My Chemical Toilet, Niall from Nialler9, Gareth and Paul from Vice