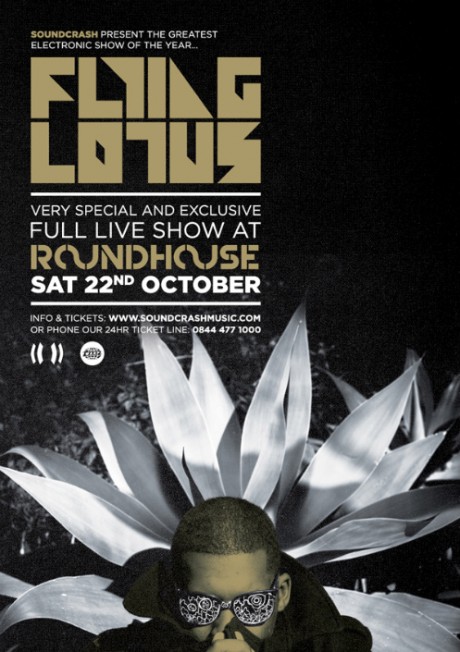 This October sees Flying Lotus coming to London to play a debut live show at the Roundhouse in Camden.

Taking place on the the 22nd October, the show, produced in conjunction with London-based promoters Soundcrash, will see the UK debut of Flying Lotus’ new live show, created in collaboration with the hugely celebrated visual collective Anti VJ. The show will be the result of months of collaboration and will only be performed 3 times this year – once in London, once in Paris and once in Los Angeles.

You can grab your tickets directly from the Soundcrash website here. THIS is one show NOT to miss. Take our word for it.