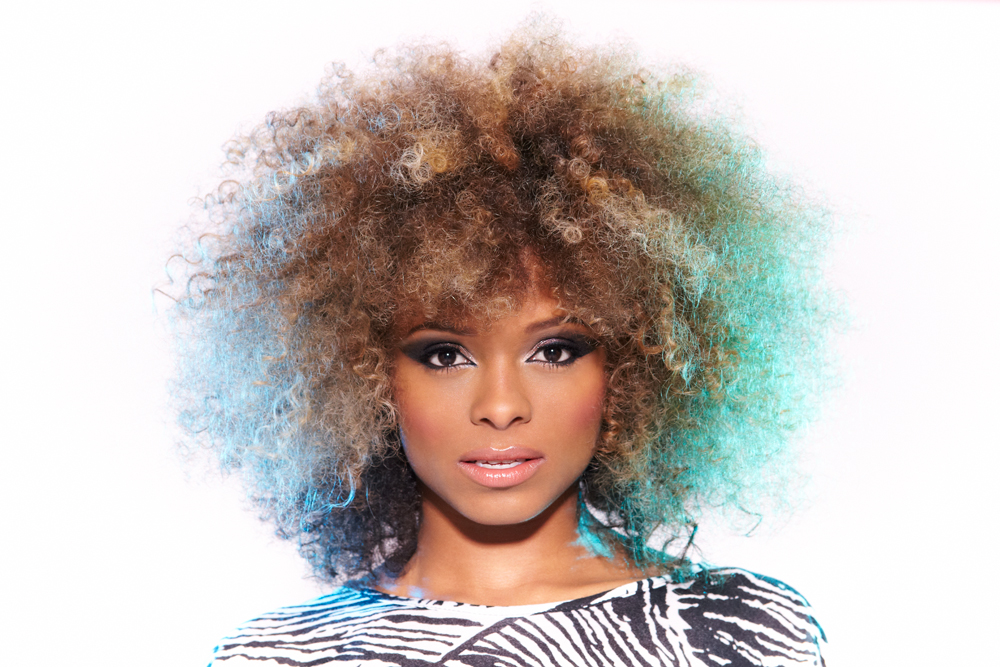 DB: I caught up with Fleur about her new tune ‘Turn The Lights On’, about her role as live vocalist for Fresh and asked about how she’d describe her mission…

F: I would describe my sound as “Urban inspired with a few twists”, no matter what genre, the urban vibe is felt in each song. I’ve been inspired by a lot of different genres that I listened to growing up and I like to experiment. I believe a good song stands out no matter what genre it is and I can write freely to any type of music, so I try not to restrict myself.

I have quite an eclectic taste in music. I grew up listening to Simply Red, Bob Marley and Michael Jackson among many others, so I have many favourites. I like music that moves me in some way, good music is good music no matter what genre it is.

DB: You have D&B connections including Culture Shock, The Prototypes and of course Fresh, that is a huge trio right there! Not to mention your stuff being played by Friction. So I take it a big part of what you are is D&B?

F: Yes I am a newly converted fan! Ha ha. I’m very grateful to have had the opportunity to work with such great D&B producers! I was always aware of the genre but was properly introduced to it when I started working with DJ Fresh on his live show. I love the pace of it and I like melodic drum and bass the best, which is the sound myself and Culture Shock have produced with the new single ‘Turn The Lights On’.

DB: So what does it involve to do the Fresh tour? Is it hard work? I mean people may not realise that it’s not just singing, there’s a lot of crowd interaction too…

F: It is so much fun! The band and I have such an amazing time on stage together. We have really intense rehearsals before each run of shows which involves us staying together for days and running the set over and over. The preparation is hard work, learning all the lyrics to the songs and the live arrangements does take a lot of time, but the crowd reactions make it all worthwhile. 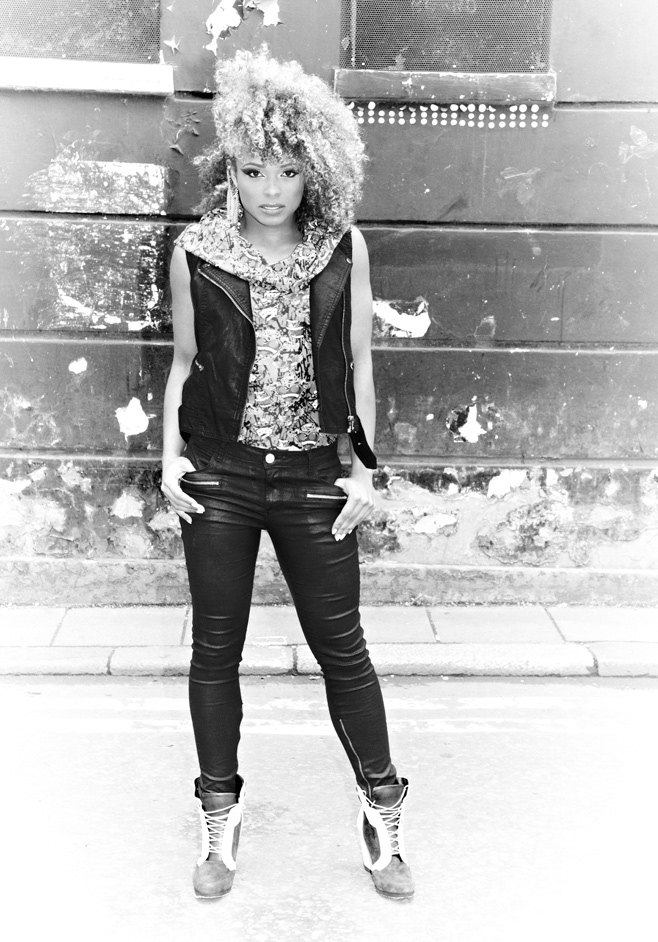 Messy MC and I have great chemistry on stage which came quite naturally to us after a few shows. The FRESH/LIVE crew make a great team, we work hard and play harder!

DB: Sounds like exhaustion, but in a good way.

F: It can get very tiring especially after a long tour and spending days on the tour bus. After a while you start to miss your own bed and proper sleep and we are always running on adrenaline which keeps us awake most of the time. The travelling is the exhausting part, but performing on stage to thousands of people is indescribable and definitely makes it all worth it!

DB: How do you look after your voice, do you warm up?

F: I always warm up before every show and drink lots of water during the day. My new ritual is drinking hot ginger before I go on stage and that keeps my throat warm. My voice definitely strengthens the more shows I do. It is so important to warm up to get the best out of my vocal so I make sure I’m prepared.

DB: Back to lyrics, how do the ideas flow? Do you have a technique?

F: My methods change every time. Sometimes I will have a melody that comes to me and I’ll record it before I write any lyrics, other times I’ll write lyrics down and then find the melody afterwards. In the case of ‘Turn The Lights On’ I heard the track which inspired both the lyrics and melody I came up with. I don’t have a strict method of song writing.

It really does depend on the mood and the moment.

‘Turn The Lights On’ will be released on Strictly Rhythm Records on February 17th with remixes from Prototypes and Patrick Hagenaar.