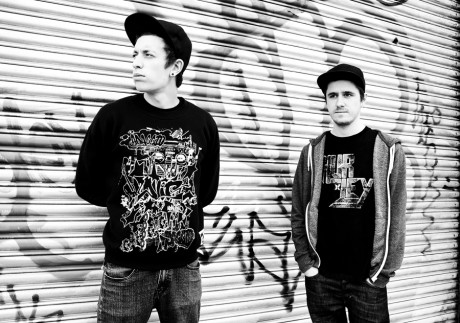 Fearful are a new duo who have just dropped ‘Santura/Gorilla’ on AutomAte Tech. Link at end. They gave us some time to talk in depth about what they do and where they come from.

F: We have producing for about 3 years and DJing the same amount of time. We always test out our dubs at the events we play. It’s important to get an idea of how your tracks sound like on the big systems.

Our first release was in October on Darktide Recordings.

DB: Tell us about the Fearful filter when it comes to D&B. What are/were you into, what gets under your skin.

F/Rob: We love all sorts of D&B and take inspiration from all of it. I love the idea of trying to take ‘old-school’ sounds and twisting/developing them, or putting them into new contexts until they’re unrecognisable. There’s a lot of this about at the moment, particular in this ‘Bass’ movement where you’ll hear old 808s etc with new twists. Rockwell does this a lot too.

I think dance music has got to the stage where there’s such a huge variety of influences and sub-genres which are emerging so quickly, and they’re all taking little influences from each other. There’s this rapid fragmentation of style and genre. It’s an interesting time to be making music.

F/Chris: I got into D&B via the sounds of Logistics and London Elektricity, probably because those were the first two DJs I raved to in clubs. liquid D&B crosses over really well from home listening to a fat club system so I ended up listening to nothing but Hospital for roughly a year.

After a year of raving I started spinning vinyl myself and needed something new to keep D&B fresh, so I kept digging through the sub genres, buying anything that would make my mixes stand out.

I basically like every side of D&B, be it neurofunk, minimal or liquid, they all share an energy that I keep coming back to above any other music.

DB: That is a simple point rarely put into words.

F: Having complete freedom to experiment by combining different genres – even if it doesn’t always work – is something I can learn from with every track we make, and that’s what attracts me to production.

DB: So tell us about your production ethos?

F/Rob: I produce when I can really, so it’s definitely have a more erratic process. It’s hard to predict when creativity or inspiration comes.

F/Chris: I try to get into the studio for approximately 10am and work through til 6pm but it can sometimes be much later. Mostly, I aim to spend at least 3 full days worth of hours a week working production. It can be a battle to find spare time but deadlines and the such help me keep a tight schedule and give me enthusiasm to put the hours in. 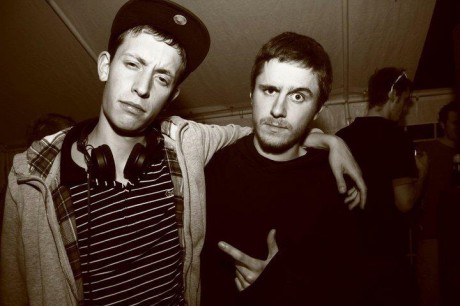 DB: And what about some production insight?

F: It’s taken us three years to find and get to know what we like. It’s easier to stick with what we know but if we come across software/plugins that offer something new we usually give it a try. Having too many choices of plugins when you’re producing can make you loose your initial ideas very quickly so we avoid that by relying on technology that we know works. so yea if it ain’t broke don’t fix it, but that doesn’t mean don’t try anything new.

Remember, it’s not what you use, it’s knowing how to get the most from your resources: samples, synths, effects etc. 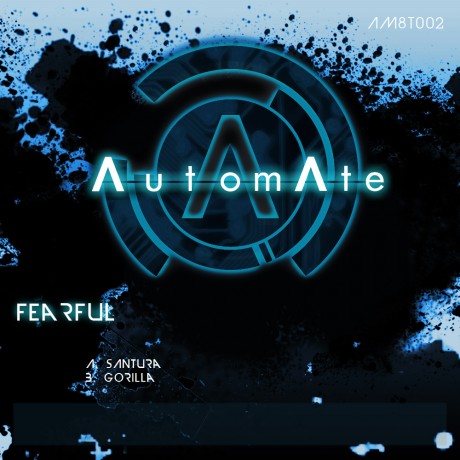 DB: So what are 5 random D&B tracks you’d cite as standout.

F: It’s hard to choose just 5, but here’s the tracks that we can have on repeat and people can expect to hear in our sets.
Rockwell ‘Underpass’
Stray & Halogenix ‘Poison’
Hybris & Rido ‘The Thing’
Phace ‘Strange Science’
Octane, DLR & Break ‘Murmur’

F: Yeah there’s a lot of D&B nights to choose from, a lot of different styles. We currently hold a residency at Evolution which focuses on jump up. That night is always rammed full.

Brighton also has a vinyl-only night ‘SimplyVinyl’ which we love. It always has great line ups. Brighton is definitely one of the best places to be for the D&B scene.

DB: Got some release info?

F: Our latest release is ‘Santura/Gorilla’ on AutomAte Tech. The next release to drop will be coming out on Diffrent Music in early 2013.

Big thanks to the AutomAte boys for believing in us, The D&B Diaries for featuring Santura on the episodes and all the DJs that have been playing our tracks out. Big up!