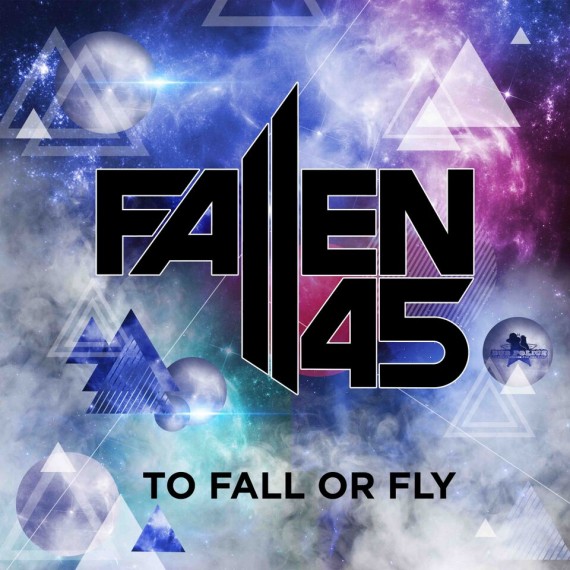 I spoke to Fallen 45 about the new To Fall Or Fly ep on Dub Police, on the eve of a show in Manchester.

Hi this is spectacular, love this sound!

I’m from Manchester and I’m based near the city centre in my shiny new studio!

‘Realisations’ was my attempt to go back to the sound of ‘05 with up-to-date production.

What inspires you in the genre then? Who’s allies in the field?

I think the genre has taken a large hit in terms of street cred; it’s really sad that a lot of people are scared to say the word dubstep and use words like bass music and so on.

But I’ve been into dubstep since early ’05 used to run a label in it. It’s close to my heart, so it inspires me to do my part to make the best music I can make, to advance music at 140 bpm.

Producers I really like are Mr. Biome I’m think it’s a joke how slept on he is!

Easily the most creative producer I know! We make good tracks when we get together!

‘2d Spaces’ was made playing with some 8 bit sounds and trying to make a trappy/dubstep tune believe it or not! The intro is my favourite part of that track.

What is another tune you would take us through? I love this EP!

As soon as a made the bass for illusions I knew it was going to be a good track I love the groove of the wu wu wu! Then I added 1million more basses.

Mixing the track down was a nightmare!

I like the drums in the breakdown the way they filter up and the dark atmospheres at the beginning.

Can we find you playing out soon?

Shouts to all the 0161 people; Manchester is about to have a new era from all the great music being made… Dc, Helz, and the millions.

To Fall Or Fly