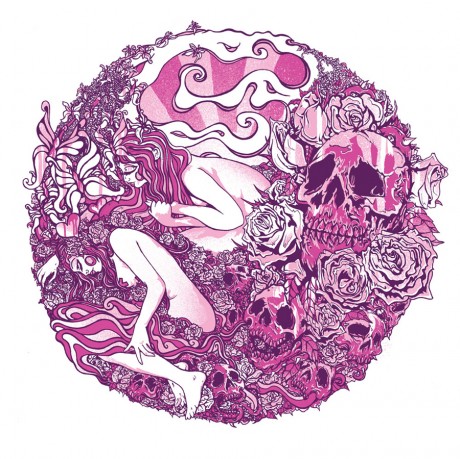 Eveson has dropped the beautiful ‘The Last Summer of Love’ album on V.

DB: The new album has a certain vibe to it, what was in your head creating it?

E: I’d spent years writing singles designed for a mix or a club and felt like it was time to do something more profound that was a culmination of my musical journey to date, both in the tunes I’ve released over the last 6 years or so and the music I’ve listened to for the past 20.

I listen to a wide range of music and especially in recent years, more classic psy, prog and krautrock and late 60s folk and blues, and I wanted to infuse elements of those into my teenage influences of rave music, trip-hop and jungle. Also breaking out of the D&B template and tempo restrictions were key, even at the height of my infatuation with drum and bass, I’d never have intended to write a whole album of the stuff.

It’s just an album re-imagining my influences, in my own voice. I wanted to capture the vibe of my youth at festivals in sunny fields hearing a plethora of undiscovered music from every direction.

DB: So talking about albums as complete things, how valid are they still?

E: I prefer listening to music in album format, I find the concept of only hearing album tunes as singles strange, like you’re reading random chapters of different books and not absorbing the experiencing in full context.

DB: Did you work alone? Did you change locations when you worked on this?

E: Mostly I work alone, on a laptop. I’ve never stayed in one place for too long… a product of 8 years shooting off to the French Alps to snowboard every winter. So I write music all over the place. ‘Dragonfly’ was made on a downday in the Alps. I’d collated a load of 60s folk samples to take away and play with over the season and plugged my laptop into a borrowed guitar amp and rolled out the tune in day.

‘Bluebirds and Powder’ was made after Sam KDC came down to work on retrospections in a flat at the top of a gothic tower in Camberwell we shared with the ghost of a young girl and the real holy grail which was enshrined at the end of a small hidden passage we found in the corner of our living room. There were some really good samples left unused at the end of our session so naturally, I pillaged them and chopped and screwed a load of vintage R&B vocals over the top. 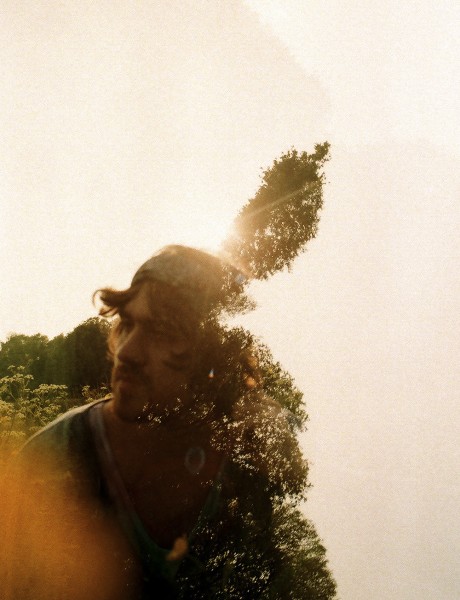 DB: What about use/choice of instruments?

E: As far as instruments go, I played the piano parts in a few of the tunes but that only happens as a last resort if I can’t find the right sample. When you’re sampling it’s far deeper than just dropping a melody that fits over a beat, you’re re-contextualising a moment in history, an instance of sound that’s more than just notes, you get the resonance of the recording space, the dust of the vinyl, the character of the gear it was recorded on, the vibe at that moment and the textures of the instruments in the background…

E: I’ll often re-sequence or create my own melodies out of the parts I sample but it’s the ‘sound’ I’m after and as I’ve been writing music this way since I started releasing stuff I thought it’d be cool to finalise that style with this album. I’m wanting to start experimenting and playing more stuff now though: I’d love an old dusty vintage stage piano and a hang more than anything. And real string sections. Oh and I want to learn proper blues slide guitar so when I’m an old man, I can walk off into the desert by myself and recreate the opening scenes to Paris, Texas.

DB: You mention playing instruments, so if you could do this music live, ANY venue, any budget, where? Could be Barbican, on a beach in Latvia, Tokyo, Berlin, top of skyscraper, desert, where would you choose?

E: Here. I’d set up a DJ booth in a tree, ridiculous speaker stacks all over the place, have a load of half naked girls on acid with flowers in their hair twirling around in floaty skirts throwing glitter at unicorns. I’d ride to the gig on the back of a pegasus and shoot rainbow rave lazers out of my eyes when the bass drops. The waterfalls would be a magical rum that tasted like dark rum but was clear in colour so the lakes would still be pretty and sparkly. It would be like the image below. 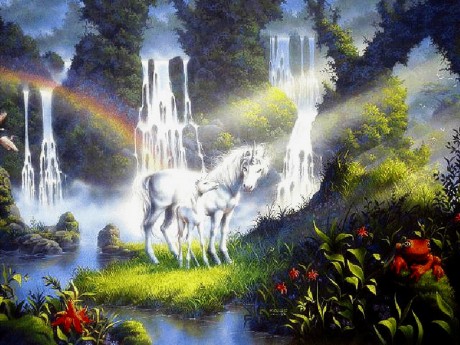 E: Pink Floyd ‘Dark Side Of The Moon’. I’d want to be there when Clare Torry improvised the vocals on ‘The Great Gig In The Sky’. If I was the kind of person that cried to music it would be to this. But I’m a pirate viking so I don’t.

‘The Last Summer of Love‘ is now out on V