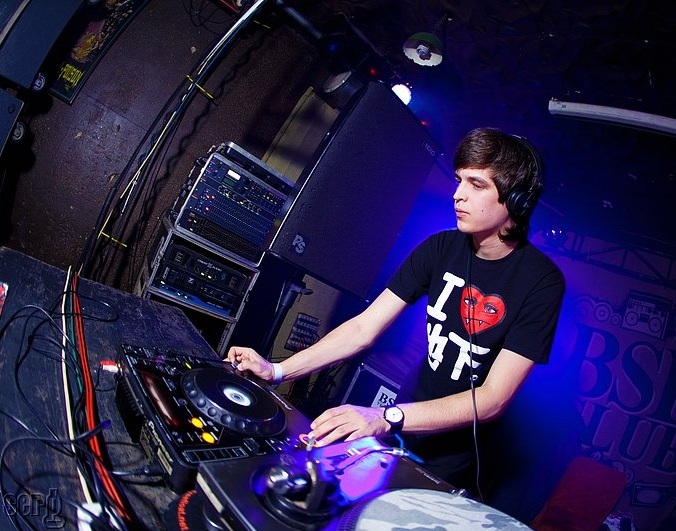 DB: How do you build your tracks?

EastColors: I always liked to built an atmosphere of a track first, to bring an idea, trying to imagine a kind of story or anything else. I use chords and synth pads a lot, resampled from other tunes or films, or done from scratch with various softsynths.

DB: So which tunes of yours are you the most proud?

E: Most proud… hmm, ‘Things Inside’ which will be out soon on Demand Records. Also ‘Watch Out’ which is signed to the mighty Break’s label Symmetry. Then there’s ‘Beats Connecting’ and of course ‘Cracker’, released on Critical in 2011.

DB: That’s some big moves. So is it something you ‘test’ live to see how it works, and is it a surprise to hear your stuff live, and with the crowd involved?

E: Yeah, I like to burn mine or other producers’ unfinished tunes on CD and play them on parties to watch people reactions. You know it’s a really cool feeling when you see people dancing to your music.

DB: So how in turn does this affect how you then go on to produce, seeing this LIVE reaction?

E: It’s always cool to go to a club just to listen to music rather then drinking or other shit ha ha. Listening to music on a ‘big sound’ really improves your producer skills: you begin to notice what’s working in club, what’s not, and then trying to bring improvements to a track. So I always try to listen to my tunes on a good, loud sound system before making the final version.

DB: Awesome advice… just to be in a club is worth so much more than just listening at home, hearing it live and being in the grind. Do you travel much to play, based in Russia?

E: You know, Russia is sooooo big a country ha ha. And I live on the edge, near Japan.

It takes a 9 hour on plane to get to Moscow, not to mention Poland or Estonia. Also it’s expensive of course. So I’m not widely travelled much yet. Anyway I’m available for booking anytime.

About local gigs, we have some really good promoters in here, there were so many big names such playing such as BSE, Klute, Spectrasoul, Dieselboy, Total Science, many many more. Every summer we had a local open air, with 1000+ people. We got some movement.

DB: What influences you got?

E: Old electronic music had a big impact on me, people like Tangerine Dream, Enigma and others.

E: Besides D&B I’m listening to ambient and dub techno a lot: stuff like Krill Minima, Carl Craig. Any random hip-hop records are fine too. And I like A-Ha songs!

DB: Lastly, what’s within D&B old and new that inspires you?

E: OLD Black Sun Empires tunes is absolutely brilliant for me as well as Break, Survival, Ed Rush & Optical, Gridlock & Paradox. From new guys I really like Spectrasoul, Enei, Ulterior Motive and many other cool stuff, which music is.