If you haven’t got your tickets for this Thursday’s Earnest Endeavours yet, then I’d recommend hopping over to Resident Advisor to pick them up now.

EE team up with Black Atlantic once again to bring Nosaj Thing, Mono/Poly, Free The Robots, Plaitum and the Patchwork Pirates to London’s Village Underground for a night of sub bass sounds, along with live screen printing from the Hit and Run crew, and a new music and film screening series called Screen Tests. It’s definitely one not to miss! 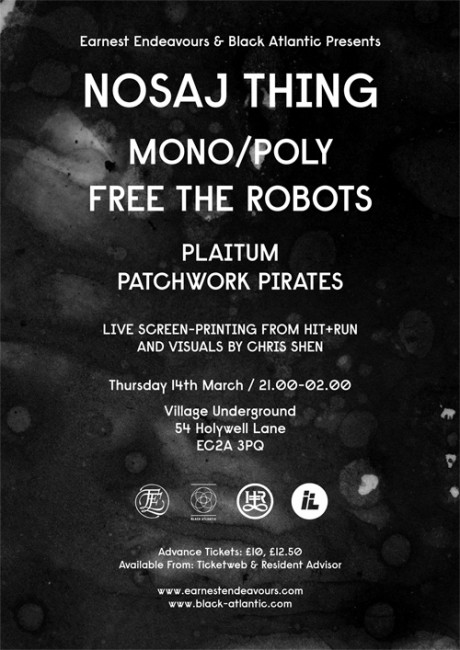