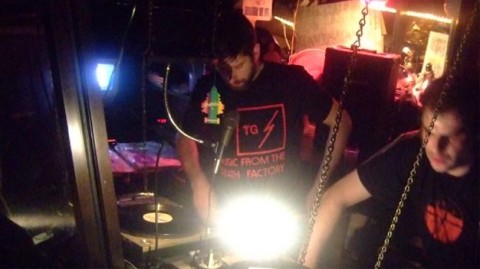 “An audio tribute to September 11 just days after the attack almost led to Twitch getting killed by one over-affected clubber. “I think it was was Jimi Hendrix Star Spangled Banner and then a song called O Superman by Laurie Anderson and the line “Here come the planes / They’re American planes” that went into the tape of George Bush’s speech and then into a loop of REM’s It’s the End of the World as We Know it,” smirks Keith. “There was this moment of shock. Some people started throwing bottles and one guy tried to KILL ME! He had me on the floor shouting “I’m gonna kill you, how dare you…”

Dummy Mag have a fantastic interview with FMLB favourites, Optimo, you can read the whole thing here.