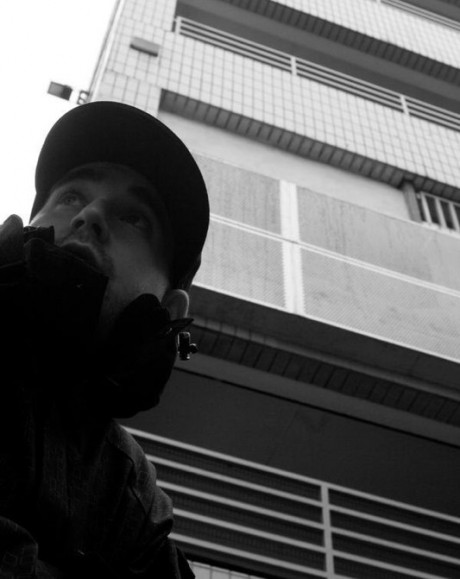 Damian Bennett: Man how are things? What is new in your camp?

Well, next up is a 12 on Critical on their Modulations offshoot. One side is ‘Break It’, the other is a collab with Skeptical called ‘Four’ & it’s available from the Surus store now (see clip below) and full release is 25th July. After that will be an EP for Soul:r. That’s ‘The Editor’ feat Strategy on one side and ‘Narrow Eyes’ featuring Chimpo and Fox on the other. The other 2 tracks will be digi only and those are ‘Bateman’ and ‘Shake Down’.

There’s also tunes coming on Exit, Commercial Suicide, Creative Source and some more stuff for Dispatch and Ingredients, as well as a few remixes here and there.

Loads on the collab front recently I’ve been in the studio with Skeptical Marcus, Loxy, Silver and Stray… and I’ve being working over the internet with Kasra, Amoss and Consequence.

DB: That’s some schedule. For those new to you, you dropped some mighty tunes on Fabio’s show, notably ‘Codec’. What was the vibe that you wanted to attain for this sound you have? It makes me think of the greatest, crime/street noir film soundtrack I’ve never heard to a film I’ve never seen but that needs to be made.

DP: Ha ha I’d love to make music for a film like that.

In terms of where it came from it’s hard to say. I do remember making a concerted effort to stop trying to find “a sound” and just make what comes naturally and as a result that holy grail of “my sound” seemed to come about. It’s seems so obvious when I just say it like that but it’s much harder when you’re trying to do it.

The start of the whole ‘minimal’ thing definitely made me feel like I had more freedom to make what came naturally but I never really wanted to sound like the other stuff that was being labelled as “minimal” at that time. More just take something from the ethos of the music.

Meeting people like Skeptical, DBR and Genotype definitely helped me personally to develop what I was doing. There seemed to come a point where lots of people started sounding the same, whereas those guys were making stuff which I felt was D&B to me in 2008/2009. It had that bite I had always associated with the music and it has seemed to disappear from many aspects of the genre.

DP: … That may be down to the change in the social make-up of the people involved from what it was when I started listening to it, I don’t really know. But it is something I aim for it in my music and those guys had it in theirs.

As we got to know each other better we got chance to talk about our individual influences and how each of us arrived at making that aspect of D&B. I think that helped us grow together and I think we’re now starting to carve out our own little corner of the genre. That’s something I’ve always wanted to do. 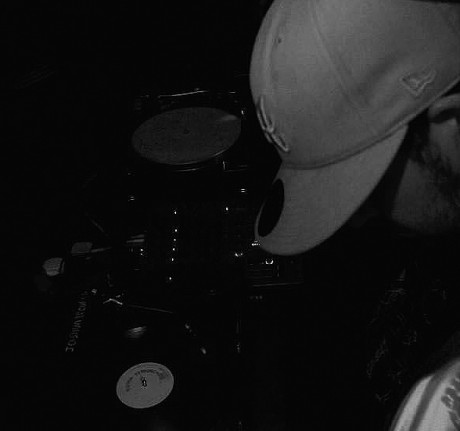 Certainly Manchester has an effect on me and my music. I’m used to listening to this music in dark dingy clubs or in a house party basement or on a walkman… remember those? Or iPod on an orange sodium-lit northern street in the middle of the night. Those are pictures I associate with my experience of Drum and Bass.

Also, I mentioned earlier about the social make-up of the music. It started in inner-city Britain and was listened to and made by the kids who lived there and no-matter where any sub-genre takes it, I think it’s important to hold on to that in some way. It’s the roots.

DB: Your city produces a vibe like no other, from ST Files, Marcus, Sappo… thanks for that snapshots, both in the pic and lyrical senses. Back to what you were saying before, you mention collabs; so who of your contemporaries should we know about? They could be non-D&B people of course too, lots happening up there that ain’t D&B and we spoke about Johnny Dub for example in the past. So what are some names to watch?

DP: I don’t know where to start.

Manchester is booming with great music at the moment. The guy I mentioned earlier, Skittles is definitely one to watch. It’s hard to say what style he is, you’d just have to hear it. Check out his site

DB: Thanks for the tip.

DP: There’s also some great dubstep/140 producers up here. I think everyone knows about Synkro and Indigo now and if they don’t they should. Also Biome and Dom Hz are both worth a look.

Manchester has some great vocalists. Sparks, Ellis Meade, T-Man, Pops Roberts and Hoodman are all super talented are definitely on my hitlist for collabs at some point.

Then there’s the veterans which you may know: Broke’n’English, which is DRS, Strategy and Konny Kon. They’ve done their thing for years but anyone who has never heard of them is on for a real treat. I’ve been doing some mixes for their new album ‘Life On The Costa del Salford Side’ due out next year sometime.

DB: Gotta be title of year.

DP: Another group to mention is made up of vets but a new project called ‘Sleeping Giants’. That’s Garage supremo Zed Bias on beats with Fox, adopted Manc Fallacy and Rodney P on vocals with guest appearances from Jenna G, Strategy and a few others. I heard a few bits of it and it’s sounding wicked.

And I couldn’t do this without mentioning one of my best friends Chimpo. His tune with Trigga ‘Gaza’ is destroying dances all over the place and I believe is due on True Tiger at some point. He’s also working on some new music which hasn’t got a name yet but its some of the most exciting stuff I’ve heard for a long time so keep an eye out. I guarantee I’ve forgotten someone. Like I said there’s so much going on up here at the moment its hard to keep track. 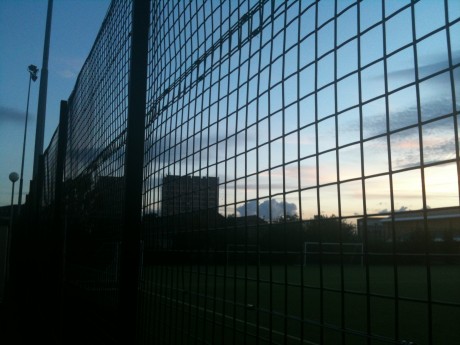 DB: Who influenced you coming up, re D&B?

DP: Ha ha I knew I’d miss one of those as well. Yeah def Fellowship  I was and still am into pretty much everything on Defunked. 3 tunes… Photek, ‘Rings Around Saturn’, Chimpo ‘Blowfish Riddim’. Terry Callier’s cover of ‘And I Love Her’.

DB: When you DJ, what sort of range do you draw from? What sort of artists may spring up past and present in your sets?

DP: I’ll play anything I think the crowd want to hear. I’ve played stuff from Silent dust to SPL and Limewax and everything in between. Although I try to gear it around  my sound because that’s what I’m booked for, if it’s not working I’ll go in a different direction.

DB: Thanks for this and thanks for images.