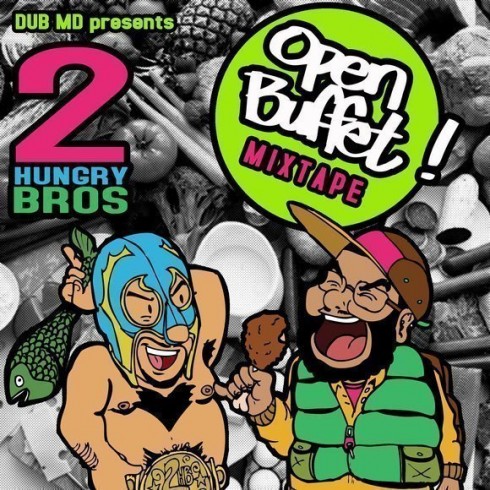 Now this is something to be hungry about. The amigos at DUB MD presenting this Open Buffet! mixtape which features every member of the AOK Collective in Fresh Daily, 8thW1, Homeboy Sandman and P.SO. Aswell as showcasing the talents Señor Kaos, I Am Many, YC The Cynic, alongside female emcee Likwuid and vocalist Janelle Renee. They also added…

Over some of the hardest in your face beats the 2 Hungry Bros have released to date…GRUBS UP!!!