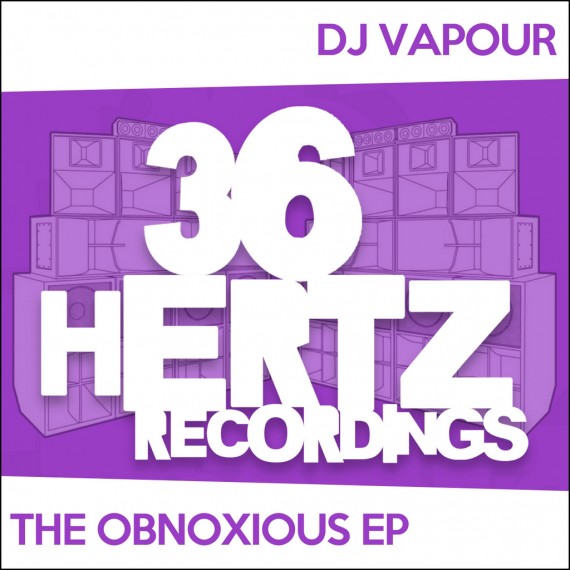 DJ Vapour gave us the lowdown on the fantastic new Obnoxious ep out soon.

V: I spent last year rebuilding my studio and going back to a analogue set up again this took quite a while as I was after a lot of vintage equipment which took a lot longer to find than I thought so was not until Sept that I managed to start wiring everything up.

DB: How did it affect the Obnoxious ep and the creation of it?

V: These four jungle tracks were actually made for Hybrid’s Deep In The Jungle label but once I had finished them I wanted to keep them for my label as I really liked them. I sent them to Alex (Hybrid) but he didn’t think they had the right sound for DITJ as that label is more ragga jungle style so we agreed that I would put them out and make some different stuff for DITJ.

DB: I’m enjoying this ep, the vibe’s great: I wanted to get stuck into ‘Search For Secrets’, wicked tune, sounds like this one came together smoothly. Got that Vapour sound!

V: Yeah the EP came together over the space of a week then another day the following week for mixing and mastering.

This was the last track I made for the EP an was wanting to do something darker for the package that was nice and deep but still hitting with the amens on the second drop.

I think the “Vapour Sound” is from when I was building the new studio as I got a brand new high spec PC to run in the studio and rather than move every sample over I spent a fortnight going through every sound I had collected and made over the years and whittled everything down to the best of the best.

I have started to use some of the old sounds and also revisiting old techniques for making samples and I feel that I have started to get the sound I was known for back again BUT with a newer take on it all.

DB: How do you approach sound creation?

V: I don’t use sample packs in the studio but make my own sound collections. When I sold the old studio I fell into the trap of using softsynths and sample packs and feel that the music I was making during that time was not good enough so hence why I moved back to the old ways when I set up the new studio and started making my own sample folders from scratch

DB: What things have inspired you lately?

V: Mixcloud; I don’t really go out to raves any more and I make a serious effort not to listen to D&B any more as I don’t want to be inspired but my peers but gain my influences from other sources.

I like to have a clean head and get my ideas from other avenues… for example I took my daughter to the cinema this week and clocked a wicked string sample in the film so I downloaded the soundtrack, got the sample and finished a tunes with it yesterday. 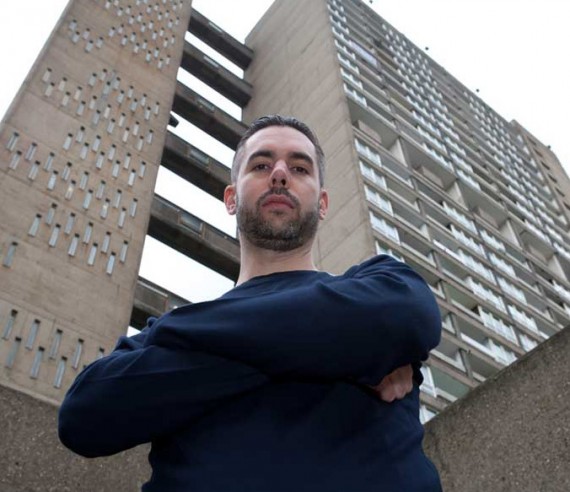 DB: ‘Street Knowledge’, again it’s a gritty one, love this.

V: I had the idea for the beat in my head after we did our Hardcore Junglism first birthday stream in March.

Once I’d programmed that in the rest of the track come together. The track defo been the one that’s picked up the most interest on the ep with quite a few people pitching it up to play in upfront D&B sets.

DB: Did you roadtest any of these?

V: I actually stopped doing D&B gigs last year as I was not getting enough good music to make me want to go out and do gigs.

I’m lucky that I make a good living from my mastering company so doing gigs is more for fun these days rather than a job. I have done this a few times over the years and I enjoy having the extra time to make music.

I’ve been doing Flashback Sets at Randall’s Stepback Sessions events and also at Hardcore Junglism things and a bit of bass music under my bass music alias.

This year has been great for music though and I have started thinking about doing gigs again later this year. I have also just started a fortnightly show on Kool London, every other weds afternoon at 3pm which has been superb fun. Check out the 36 Hertz website and head over to the radio page for more info on the show and to listen back to previous shows.

This year has been a great year for the label and we have some great artists signed to us now who are all making superb music so we are full steam ahead for the rest of the year and next year.

We’re looking at doing a monthly 36 Hertz night somewhere next year so we will have a place to go and showcase the labels various sounds.

DB: Back to the ep and flashing forward to the ‘Obnoxious’, that is a filthy tune!

V: This tune is the hardest out of the four and was me really pushing the equipment to try and get everything really pushed and angry-sounding. There is a lot of redlining going on through the mixing desk and I pushed the levels really hot onto the DAT tape to get the tape distortion you hear on the track.

Me personally I love the way thing track physically sounds. I don’t try to get my tracks to fit with other peoples ideas of what a mixdown should be I make them how I want them to sound and this one is certainly a good example of that as the idea behind the track was more to do with the sonics of the track rather than what the track was doing.

DB: So what production tips you got for us? Everyone talks about different hi tech stuff but there’s effectively still ‘basics’ that are evergreen and always apply, so what about you?

V: Don’t watch shitty youtube tutorials – there is no right and wrong way to make music only good tunes and shit tunes but there seems to be a million crap tutorials out there all telling you this that and the other, all made by nobodies.

– 150 different audio channels in a tune is a fucking joke – a shit snare with 20 other snares layered over it is still a shit snare – Use a good base sample and you won’t need 20 other sounds over the top of it.

– Going viral on social media does not make you famous – no one cares how many likes/plays/follows you have if your tunes are still shit.

– Buying a sample pack and cut and pasting tunes together with the contents without using any processing is fucking lazy and shit – I get sent about 5 tunes a week that are all full of the same loopmasters samples just arranged in different ways, they go in the bin real fast.

– Be individual and true to yourself… imitation is not a form of flattery its lazyness and boring.

– Variation is the key to life – there is more than one style to D&B so make tunes that are different – I’ve had releases all across the board from 31 Records to Dread – all styles all corners, don’t be afraid to experiment.

– There are actually other drum patterns than Bom Cha Bom Cha 2 step breaks so go play with some and stop being lazy.

– The slammer break has been used on 50000000 tunes this year already so find a different breakbeat. These go in the bin real fast as well.

– It is completely possible to have a intro longer than 32 bars.

– The second breakdown and drop on your track CAN be different from the intro and first drop.

– You will never get rich from making D&B so stop trying and make some decent tracks!

I’m not being negative here but 98% of the music I get sent – and I get sent a lot – all sounds the same or is just a carbon copy of something else end of the day as a DJ I’m looking for something with a groove and a vibe to it.

DB: What other things would you tell us about the release?

V: Full release September 7 so go forth and buy a copy!

We have loads more stuff coming including singles and eps from myself, Jem One, Indigo Virus, Sub Fusion and Delphi productions. Back to the Bass Vol 4 LP is dropping in December and SR & Digbee’s debut LP will be out around Jan 2016.

V: Big up to everyone supporting the label either by playing or buying our music or both; all of the artists and all of the crew