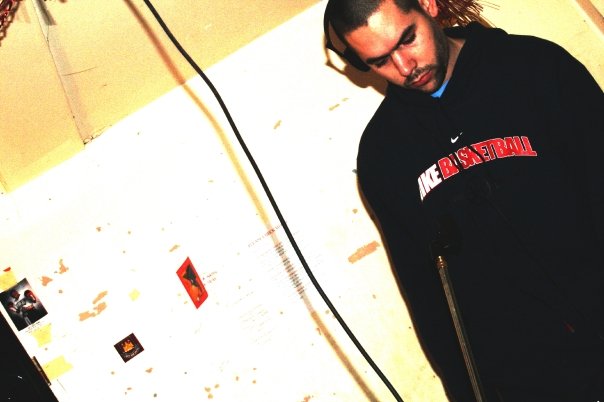 We caught up with the legendary DJ Vapour about him, his 36 Hertz label and his camp.

Damian Bennett: Vapour, to many you are known for the ‘gully’ sound, a term that was doing the rounds a few years back. Either way it is a rough, rugged D&B, as pure and hardcore as it gets. Tell me how the Vapour sound came about.

Vapour: When I first started putting beats out I was still working as a chef and was using every spare minute to get in the studio and ended up making a lot of music which I sent out to everyone I could find on aim. Bailey really started pushing what I was doing and got me linked up with people like Hype, Grooverider, Ray Keith, Randall and Fabio who all really pushed what I was doing individually. This then lead to linking up with Serum and other like-minded producers. A sound started to come out of our circle that I think all of us was feeling. I wasn’t really aware of the club support the beats were getting as I never really go out to events. It wasn’t till after I started getting more DJ work in London that I noticed a lot of people playing my tracks!

DB: I feel there’s a real deep, organic common attitude there that Dillinja has, always felt that: D&B with a ‘rattly’ sort of sound, a sort of dirty loose analogue vibe, born from the late 90s. Is that fair to say?

V: The early Valve/ Dillinja releases were a big influence in what I was doing when I first started and definitely formed a starting point for me as a producer. I love the sound of early ’90s D&B… Reinforced, Headz, which I’d class as a more sinister sound, this was something I was experimenting with a lot when I first started. But I feel I got to a point where people weren’t really interested in that anymore and that there wasn’t enough of that kind of vibe for my music to fit in anymore. I started getting a bit more ‘jungle stepper’ kind of vibe to my beats.

These days it really seems like we have lost the organic-ness of D&B which really worries me as every tune seems to sound the same… two step breaks and one note droney basslines. I pretty much only listen to a few artists now as it fucks me off listening to the same track being regurgitated over and over again in the hope of a top 20 record. The problem is we now have a generation of producers who don’t care about the roots of the music; they just want quick success, and the fastest way to do that is to copy what everyone else is doing. It amazes me that people don’t pay any attention to the roots of the music. I just do my own thing and if people want to buy it then it’s there. With 36 Hertz we ain’t trying to be pop stars… we just want to make tunes that smash the fuck out of any place they are played but can also be appreciated on their own.

DB: That comes through! I know you prop stuff like the Jem One, Bladerunner and Callide, the sort of stuff that Grooverider will draw to level entire cities: how do you guys all know each other?

V: Jem One I’ve known for years now and was drawn in by the early stuff I was doing on Intasound. Bladerunner and me linked up via the Dread Recordings camp when I did some releases through there as Bladerunner is signed to Dread; Callide I hit up ‘cos I wanted to sign ‘Lost in the Dance’… I missed out on that one to RAM Records but we stayed in touch and have and are working together. Grooverider played a huge part in what we are doing as he has always been the main dj who did and still does draws for 36 Hertz beats. We like to give stuff to Groove first when we can.

DB: The Newbury (one-time Vapour base) shout always interested me, do you still do the nights there?

V: I have left Newbury now, nothing happens there any more. We had some big nights going on but… I’m concentrating on building 36 Hertz tour nights round the world now and have been busy plotting away about getting that started as we want to put on nights where you can hear a real mix of beats through the night. I want to get back to the days when you could have all styles under one roof.

V: My favorite place to play out I’d have to say is Sub Dub in Leeds. It’d take the title purely due to great line ups, an amazing sound system and always amazing crowds. Simon and the boys have got a great night up there and now with a new venue it’s even better so big up to the Sub Dub boys. 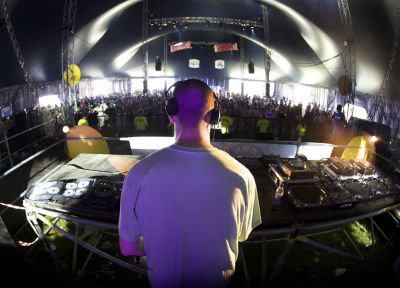 DB: OK, here’s a question for you: you’re an analogue man? I love that type of sound and way of working, but what is that drives so many to digital, is it convenience or just that they can’t be arsed to get the gear running? Is there advantages with digital, especially with the new wave of messed up dubstep coming in, a lot of which is people patently screwing with software big style?

V: Well funny you should say that ‘cos I’ve just majorly downsized my studio as I got sick of having to dedicate a room to tons of hardware gear that I never used! Of course there are advantages with digital and size being the biggest but I still use hardware to record onto as you just can’t beat that as far as I’m concerned. One major disadvantage of digital is that nowadays anyone can just go and download whatever bit of kit everyone else is using and copy that sound… I get sick of hearing NI massive presets all day. We’re now seeing a bit of a resurgence in analogue hardware again as producers are realising that if someone wants to copy them then they have to go get the same £2000 analog synth they are using! So who knows what the future holds. I still have access to a full analogue set up if I ever need one so maybe I’ll go back to it. Maybe I won’t.

DB: So what sort of stuff do you listen to outside of D&B?

V: I love the Tru Thoughts radio show (via mixcloud… search ‘tru thoughts’) and also loads of old skool jungle/hardcore. I have thousands of mixes from back in the day on my computer so always have something on the go when I’m working.

DB: What releases are coming through from 36 Hertz?

V: OK, we have ‘Lighterman EP’ and the audio is up now on our soundcloud (link below), a Skitty EP, a Dawn Raid EP, a DJ Vapour EP, a Jem One EP and the ‘Back to the Bass Part 2’ LP.

We have four exclusive artists on the label: Lutin, Dawn Raid, Jem One and Lighterman as well, so expect more in 2012.