I caught up again with DJ Vapour about life in the 36 Hertz camp. He gave us a blazing mix, above.

I had to ask first off what are his standouts on the label over time:

V: Every release for me is standout. The ones I play the most are, paper cuts, Lutin ‘Untitled Gully’, Hades ‘The Break’ SR & Digbee ‘I Man’ and Lutin ‘Sativa Dub’ These tracks just never get old to me and I still love them now as much as when I first heard them.

DB: You’re busy as ever?

V: Well it’s been a busy 12 months for me. We’ve recently expanded our Studio Sounds sample pack business and have been busy working on a new project called Hardcore Junglism at www.hardcorejunglism.com as well as pushing the next phaze of beats through the 36 Hertz Recordings label I run. Personally over the past 12 months I’ve been pushing some other styles as a producer as I felt that I have gone as far as I want in D&B so started to push some other sounds, ’92’ being the first track that saw the light of day snuck on the end of ‘The Next Chapter EP’ at the end of last year.

This track was released as an experiment and it certainly took me by surprise as the support it got was huge with Skream & Benga, Btraits, Billy Daniel Bunter, Randall and more all spinning it which gave me a final push to start really working hard on non D&B projects. Don’t get me wrong I still like D&B. I have started pushing the stuff I want to make on the label as well as the killer D&B stuff I get sent from artists such as SR & Digbee, DJ Hybrid and Delphi productions. I’m not saying I’ll never make D&B again but maybe when Breakbeats and sub bass start to come back to the clubs I might want to start making it again ha ha.

DB: Tell us more about what’s been happening at 36 Hertz?

V: It’s a very busy time for us at the min, we have a new release lined up every fortnight up until July as there is such a large amount of music coming in and our artists have been pushing it hard in the studio. SR & Digbee have been smashing out tune after tune and we are just working out the next step for them on the label but ultimately we are working towards an album from them as they have a great work ethic and listen and take note of what’s asked of them. There is a few non D&B projects from myself, Jem One and ESP in the works. Delphi productions is also someone we are working closely with as he has a perfect sound for the label and a very organic vibe to his tunes so we are working on getting some more releases from him. It’s great to have Jem One back on things as well… he’s on the same vibe as me at the min with the old skool 140bpm beats so we are constantly vibing off each other and firing off new beats

DB: How hard is it to juggle everything coming at you, as label boss & DJ?

V: I work at least 10 hours every day 7 days a week. Luckily I have a team of people who help with the label, agency, sample pack site and other bits, big up Jon and Brett… so it’s a case of constant organisation and contact with all the guys to make sure we get everything done. It’s great fun though! 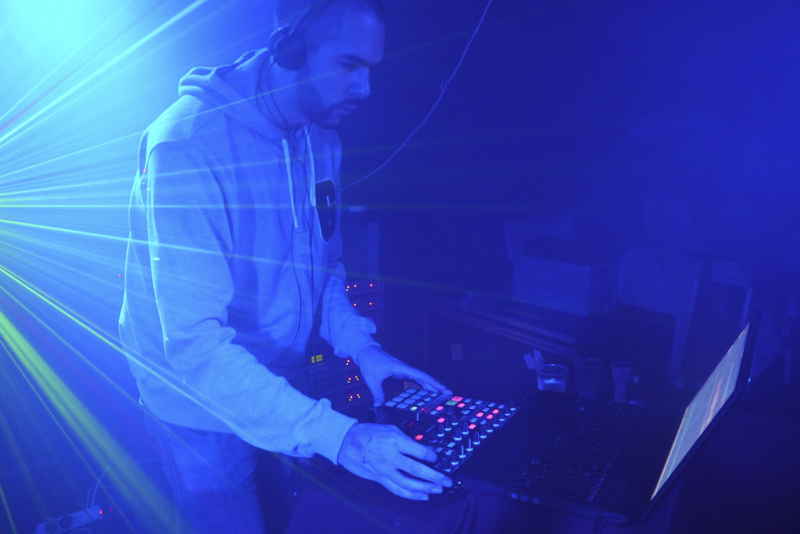 DB: How do you consume music yourself man?

DB: What sort of ‘x factor’ does a tune need to have to catch you?

V: If I want it the first time I hear it then I’ll try and sign it. I look for originality and a heavy bassline over anything else. I don’t like 2 step breaks and 120hz bassline and I don’t like genre specific tunes – can’t stand all this pigeonholing that goes on: D&B is D&B.

If anyone wants to see if they can catch my ear and get a release on the label they can head on over to the demos tab on 36hertz.com to find out how to send me music 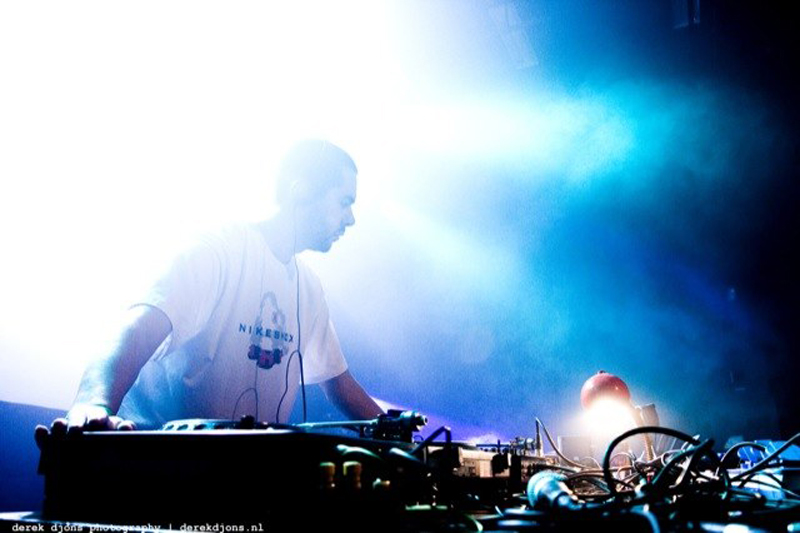 DB: You mention frequencies for example so can people pick up certain parameters and rules online now about ‘what makes a great tune’ and get something together that will hit certain criterion of what a ‘good tune’ is?

V: Well yes you can learn anything you want from Youtube but that doesn’t mean you can mix down your track and get it to a good standard. Thing is though it’s not a bad thing that all that information is available on tap, same with sample packs if the resources are there then why not use them? I’ve sampled from sample packs before and will in the future as has pretty much every other producer out there!

However to get something that is of a good standard you have to spend years honing your craft. I was talking to a good friend of mine the other day about how when we was starting out there was no cdjs so the only way we could test our mixdowns and tunes was to spend 35 quid getting them cut on a dubplate so you made damn certain that tune was as good as possible before you cut it. Now you can just bounce it direct to Serato and test it right away.

DB: Sample packs are interesting, tell me more, you have been doing these for some time.

V: Oh yes the sample packs has been doing very well. We chose to expand the business and set up a stand alone website at www.sample-packs.co.uk

We’ve also expanded outside of just D&B packs and have several content creators working on packs for the site.

DB: What D&B keeps you on fire with it?

DB: We recently featured the mighty SR & Digbee so tell me more about the guys… and others killing you right now.

V: When I met them they were just doing their thing but now they are killing it with a whole new sound for the label but the most Important thing is they take notice of advice and are not in it for the money. Their work ethic is great and they keep on coming with tune after tune of great great music. We have some great stuff coming from them in the future. Outside of the label I would say Rewind and the rest of the Infrared crew are killing me off a lot at the min as they just keep coming with tune after tune of pure mayhem.

DB: What’s the future for you as we stand now?

I’ve nearly finished a LP of Rave and Hardcore tracks and on that point I’m looking for vocalists for that so get in touch via the 36 Hertz website if you can sing and like old skool! I have a lot of material behind the scenes that will surprise people. Like I said it’s not the end of D&B for me or the label.