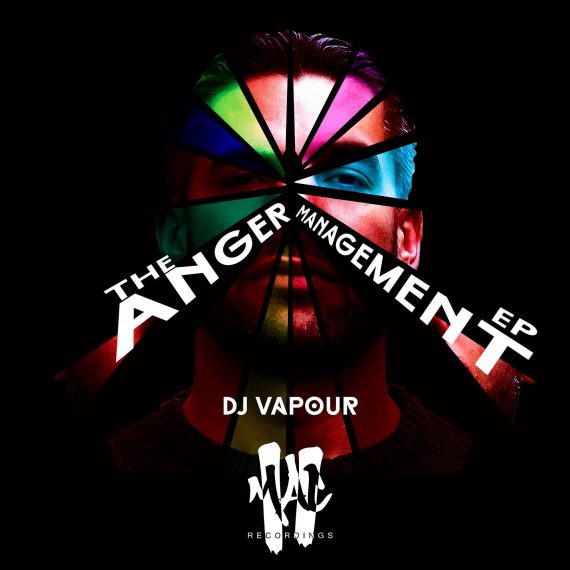 DJ Vapour has readied the Anger Management ep for Randall’s Mac 2 label so we went in.

Hi sir, when did the ep come about… and why the title? Is music the way to ‘centre’ yourself in life?

I cannot remember how the idea to do a EP come around but I can remember it took me ages to sort it all out as I kept deleting tracks. I played Randall a couple of the bits when he was at my studio which he was feeling, so then I just kept cracking on with new tracks until the EP was done.

There is no big thought process behind the EP name though I was just trying to come up with ideas and The Anger Management EP just seemed to fit the tracks.

I actually made the decision to cut back on the music making so much a few months back as I was spending 12 hours a day sat in front of the studio so applied for a allotment and took up gardening to get myself out of the house which is working wonders for my music making as I get loads of fresh air and time to clear my mind which I’ve found is helping me to actually focus more in the studio so I use that to “Centre” myself in life although all my mates think I’m mad ha ha.

Take us into a tune or two from the ep?

‘Punch Drunk’ was a more old skool sounding Vapour tune as people keep telling me to do more stuff like the tracks I was doing 10 years ago when I first started putting tunes out.

Something had obviously pissed me off that day as the tune is full of anger.

I recently rebuilt my studio to go back to an analogue set up and this was one of the tracks I made when I was messing around with the set up and seeing what I could get from it.

With ‘Rocket’ I wanted to make a rolling amen tune that was similar to the vibes that were around in around 2004-ish with nice rolling intros with pads that switched up to amens and heavy subs on the drop.

I’m always looking at older flavours as there is not much around these days that even sounds good to me in the D&B scene so I do not pay much attention to that and spend more time catching vibes off of old skool stuff.

What D&B is lighting up your sets right now… old new/tunes now back in the set that may have not been there for a while.

Stuff from SR, Skitty, Delphi Productions, HLZ, NC17, Coolhand Flex, Jem One, Vince Rollin and Indigo virus has been getting played a lot recently I Just play what I am feeling when people send me stuff and try to push new artists as much as possible.

What would you add to this, what should we look out for on 36H?

We have our fortnightly Kool London 36 hertz radio show which is hosted by myself and Indigo virus which is broadcast live on alternate weds afternoons between 3pm and 5pm on www.koollondon.com

The 36 Hertz website is being rebuilt and should be live soon with tunes, Merchandies, Sample packs and more at www.36hertz.com. We are also cooking up something large to be unveiled next year as well as releasing as much great new music as possible.