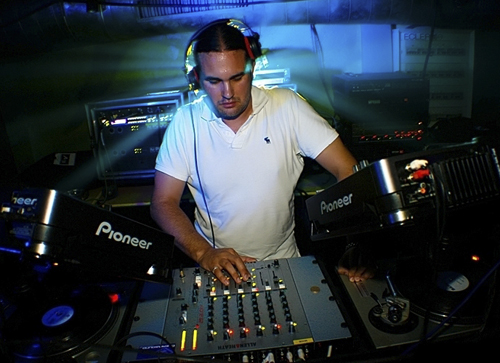 DB: Hey Ollie I know you are busy! What’s coming up on the agenda for you in next few months?

DJ Ollie: You alright? Yeah I’ve been very busy lately with one project or another. The next few weeks & months are just as action-packed. Soon I’ll be heading off to Spain for Innovation In The Sun for a week of fun & bass.

O: … as well as playing at various club nights & foam parties out there I’ll be dropping the ‘Aspire to Inspire’ mix CD that MC Tempza & myself put together as a little freebie for all the ravers. Then on my return I’ll be on the promo campaign for the next two releases on my Direct Recordings label. I’ve got two great singles lined up; The first from Canadian artist Stickbubbly, followed closely by something a bit different from Oversight & Sativa. I’ve been getting really good feedback on both singles so I’m quite excited for these to drop.

DB: You are connected to Innovation. How would you define it for people new to it?

O: Yes, I’ve been resident DJ for Innovation for over a decade now playing at all their events in the UK, Spain, Amsterdam, Paris & Belgium.
Innovation as a brand is hard to define as each event is so different depending on where it is. The Spanish events are awesome and, as they take place over a week, are very sociable parties where you get to meet people from all over the world. The Amsterdam parties are pure vibes but due to the daytime recreations on offer in the Dam the ravers are on a totally different level.
We have a key team of people at Inno that work with us at all our parties who all get on very well. It’s very much a family affair.

DB: What D&B, DJs and artists over time pushed and inspired you to where you are now, and continuing?

O: A few key people have helped me over the years. Jim at Pure Science gave me my first big break as resident at his huge events back in the day at Atomics in Maidstone. I’m still playing at his events some 15 years later. Mickey Finn helped me a lot back in the late 90’s, by giving me a job in his record shop where I worked for a few years. That in itself opened a lot of doors for me. He also gave me a lot of advice when setting up my record label. I work with DJ Phantasy a lot, he’s a good friend who I’m always able to approach to bounce ideas off.

DB: And you travel a lot of course. What are some key spots?

O: I have 2 favourite events to play at. Firstly, Warning up in Cambridge. They’ve been running for about 17 years now so they know how to put on a good party. The sound and lighting is always on point and the crowd are just so up for it. Within 15 minutes of opening the doors the club is rammed.
Secondly, the foam party at Innovation In The Sun. I think I’ve played at almost every foam party over the last 9 years and they are always good fun. It’s the only place where you can play to 3000 people dancing during the day in bikinis & snorkels! 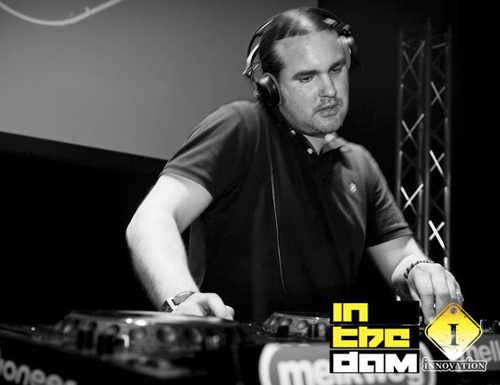 DB: And where would you LOVE to play?

O: I’ve played at most of the clubs I’ve wanted to in London but I’ve still never played at Fabric. It’s an amazing labyrinth of a venue which I’ve been going to since it opened and I never get bored of it. I would love to play the main room there on one of their Playaz nights.

DB: About your podcast, it must take a lot of discipline to keep it rolling: some talk about it but it’s another thing to deliver the goods.

O: Before doing the podcast I was hosting a weekly two hour D&B show on Ministry of Sound Radio, so doing a one hour podcast once a month is easy in comparison! I approach the podcast as I would a regular radio show with a good mix of new music, a few classics, guest mixes, interviews, competitons, event news and listeners shouts. Every now and then I’ll do an outside broadcast and catch up with artists & ravers at our events. Most importantly I try and keep the quality high.

There is so much competition out there for listeners and it only takes one bad episode to make someone unsubscribe. We always chart quite highly on the iTunes podcast chart but I’m still always amazed at how many people I meet from across the world that listen. It makes all the time & effort that I put in worthwhile.

DB: What are things in the box that are destroying places right now?

O: I play pretty much the full spectrum of D&B so there is always something good in my record box/CD wallet. The forthcoming release on my label by Stickbubbly ‘The Boat/Path’ has been going down really well everywhere I’ve played it, it’s out 9th July.

The guys at Muzik Hertz sent me a couple of killers by Decimal Bass & Version which have a wicked late 90’s roll out vibe to them. Also ‘Bomber’ by Loadstar has just popped up in my inbox. I think I’m gonna be playing that for a while.

DB: That’s part of a great 12, the Bomber! Speaking of releases then, when you DJ do you like to do it off plate/CD/laptop… ?

O: All my upfront sets are played on CDs these days. I miss the days of vinyl. I made most of my friends and contacts within the scene in record shops. But as they say every dog has his day and, like it or not, the industry standard is now CDJ’s not Technics. Financially burning a CD is far cheaper than cutting a dub plate, although I miss the smell of dubs.

In a lot of smaller venues these days the Technics turntables are in a state of disrepair so even if you wanted to play vinyl you couldn’t. That said I still play my old skool/jungle sets on vinyl… I’ve not yet found the time to convert all the old stuff to a digital format.