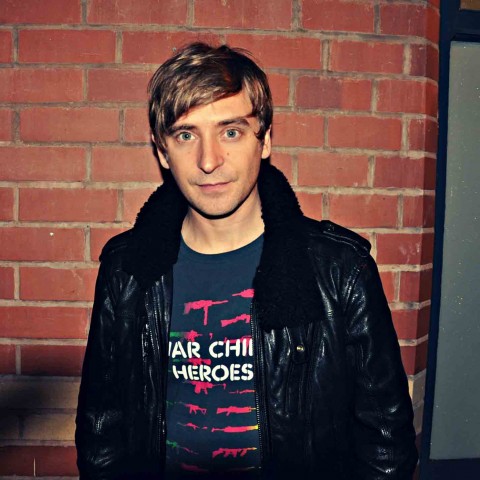 In anticipation of the Drum & Bass legend’s soon to be released album Kryptonite, we at FMLB got an opportunity to interview the man himself. The album is set for release in early August, and you can expect me to be putting up a nice review for all of you nearer the release date you can expect an assault of superlatives, as it’s a great album, capable of pleasing people of many different musical persuasions. But, enough of that, the interview… unedited, just for you:

FMLB: First of all, congratulations on coming out with a great album, never got into drum and bass as much as right now with this album. Thanks for taking the time to answer some questions.
Fresh: Thanks a lot and no problem!

FMLB: This is your first release in three years, how have you spent that time? Was it spent on the creation of this monster of an album, or have you been mixing work and play?
Fresh: I’ve spent most of my time over the last three years on the album. Also listening to and trying to give feedback on the Brookes Brothers new material for their album that is coming out probably September/October, and trying to decide who/what to next sign to my and Adam F’s label ‘Breakbeat Kaos’

FMLB: Listening through the album I hear the tracks Fight and Chacruna, and I hear some great dubstep; is this an insight to the future of Fresh, rather than the “the biggest influence on drum & bass we’ve ever known” as knowledge mag have said. Or are you just going to carry on experimenting, see what you produce?
Fresh: Any excuse to get creative at a different tempo. And dubstep is a great excuse as the scene and its ambassadors are really open minded and have a lot of roots in drum and bass; its an honour to hear the guys I’m excited about in dubstep like Flux Pavilion, The Others and Trolley Snatcha tell me that they grew up on my drum and bass!

Catch the rest of the interview after the jump.

FMLB: A bit premature perhaps, but have you got any plans for more releases after Krytonite? Perhaps tour for a while, or start on new material?
Fresh: I’m working on a new project with Adam F, Dead Prez and some other rappers like Bashy called WTF!?, the focus is live, we’re already getting ready for Glastonbury, Glade and some other big festivals next year, this may incorporate some of the DJ Fresh stuff as well, and will be my main focus after this.

FMLB: We see some more accessible tunes on the album like Gold Dust, was that a concious choice – to make tunes for a wider audience – or is it just reflective of your current tastes in music?
Fresh: I’ve been experimenting a lot more with vocals over the last year, and with the interest in dnb from outside at the moment and from an outside point of view some of the tracks maybe fit more into that box, but ultimately for me its just something new and I love trying new things.

FMLB: Are there any artists you can give us a heads up on this summer, some favourites you want people to know about?
Fresh: The Brookes Brothers, The Brookes Brothers and the Brookes Brothers! especially because they’ve got an incredible album about to drop. Sigma and Camo & Krooked are making some exciting music from a drum and bass perspective. And on a dubstep front definitely Flux Pavilion.. also the Others, Trolley Snatcha, Nero and Mt.Eden.

FMLB: Best of luck with the release from me and all FMLB’s readers (loving Chacruna and Lassitude by the way)
Fresh: Thanks, and that’s a good sign as Lassitude is the next single : )