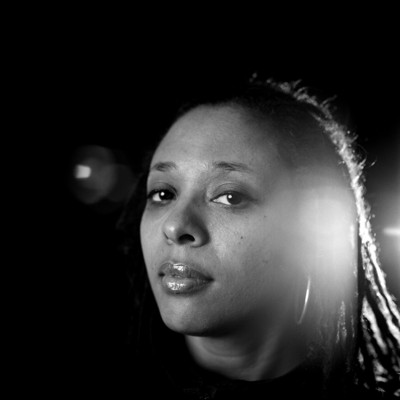 We caught up with the ever-enthusiastic, ever-inspiring DJ Flight and talked about her show on Rinse, her days at 1x, Feline, Yorkshire pudding and, well, everything really.

Damian Bennett: When did you first decide to DJ? What was it in you that wanted to DJ?

Flight: I never set out to be a DJ as such; more that I wanted to have a go at something that had surrounded me for years and looked fun. Previously I took a graphic design course at college, I was interested in photography and had always been into drawing etc, so I guess I saw mixing as an extension of that… another way of letting my creative side flourish.

DB: Where did you first DJ? What sort of set was it?

F: I remember my first ever live set as if it happened last week, I was so nervous! An old acquaintance of mine from going to the Metalheadz Sunday Sessionz hired a wine bar in Soho for her birthday. Myself, Matrix and a couple of others played. I know that the first tune of my set was Odyssey’s ‘Ritual’ on Blame’s old label 720, I played a couple of Ram tunes as well but can’t remember much else… I enjoyed every second though!

DB: Is the artform an ongoing process? Is it something that you may finish a set and think ‘Wow, I just learned something new’? A process of evaluation?

F: Yeah it’s totally an ongoing thing. Each gig or radio show brings a new experience and there is always room for improvement. In the early days of me presenting a show I’d hate listening back and I’d have to force myself to do it but now it’s not so bad.

DB: You held down the regular show on 1xtra. Now you do a show on Rinse. If you still did the show on 1xtra would it be the same as what you do now or have you changed a lot?

F: I wouldn’t say I’ve changed that much. Obviously I play less D&B on radio now than I used to, I’ve always been into different types of dance music, it’s just I’m able to showcase that more now I’m on Rinse. I’m sure if I was still on 1Xtra I wouldn’t be playing the mixture I am now, I wouldn’t be allowed to! It was a 100% Drum & Bass show so when it came to me doing the ‘Final Thought’ part I usually had to find a reason or way to tie in my chosen track to something that was happening elsewhere on the station, which did make it a little frustrating sometimes as I just wanted to be able to play good music regardless of what it was. But at the same time I completely understand why it was like that. The main reason I could get away with it was probably due to there being so much D&B in the schedule at the time: 11 hours a week.

DB: You always loved ‘future funk’ as a sort of ethos or mindset of D&B. Is that still the same, basically?

DB: Ha ha. So what sort of stuff do you particularly love in the music right now?

F: Well, I love anything with a groove. Nice deep sub bass. Something that is interesting to my ears. Beat patterns. Natty vibes. Sounds that make me screw my face up. Tunes with attitude. The smooth and melancholic… what I’ve always been into really!

DB: We’ve had lots of change in the last few years, what with the minimal (so-called) approach, dubstep, drumstep and so on. What sort of vibes are you feeling in general? What changes are about?

F: I try not to make predictions, I like going with the flow and seeing where it takes me. I will say that a few people seem to be going back to the more percussive, dubby sounds which is a great thing in my opinion; I feel that side of the music got lost over the last few years which was a real shame. Hopefully it’s back for a while again. Staying positive and looking at things from BM Soho’s [London’s key D&B resource] point of view the last year has been excellent for deeper Drum & Bass. There’s been a constant, steady stream of quality releases being put out; this really encouraged me to restart my label and I’ve even seen some pure jump-up heads defecting!

DB: You are part of the fantastic Feline crew. Do you find a different atmosphere when you all do a night?

F: Feline events are slightly different to a normal booking. We all know each other pretty well so it kind of takes the competitive edge off, we’re just out to have fun, a few laughs, relax and enjoy the music without feeling we’re having to prove ourselves. The vibes we get from the crowds are always fantastic! I think there are some people that feel like they can let their hair down more than usual when they come to see us; we’re not overly serious, it can occasionally become quite drunken and chaotic when we all get together (see the D&BTV videos!) but we’re still every inch the professional and put on a good show.

DB: Are there still as many raw, young producers coming through now? At one stage it seemed like we had a never ending wave of hungry and technically amazing young, sometimes teenage producers. I’m wondering what it says about the appeal of D&B and if it’s evolving, changing etc…

F: There are still interesting people coming through, yeah, I’d say of the most recent ‘new skool’ producers some of my favourites are Rockwell, Ulterior Motive, Triad, System and Dan HabarNam (although the latter two aren’t strictly new to producing). A lot of tracks I’m sent by new names sound like what’s been before and done a thousand times over, which isn’t surprising when you know they’ve grown up wholly on D&B rather than being influenced by other things. I guess that’s inevitable though when a genre of music has been around for as long as this one has though.

DB: Lastly I can’t resist: I know you love eating out (from those questions for Time Out some years back!)… name some great spots to eat in London.

F: Yes I do love me some food! I’d recommend Cottons Rhum Shack (Camden or Islington) for a nice bit of West Indian and wicked cocktails in a lively setting. There is a quite cool, simple little Japanese place on Old Compton Street in Soho where they cook and serve food on skewers, I forget the name of it though. The Seashell on Lisson Grove in Marylebone is good for huge portions of fish & chips, proper traditional fat soggy chips they are too! Lastly this isn’t a restaurant but I’m gonna big it up anyway – my own roast dinners are very tasty, Yorkshire pudding gets better with each one I cook.