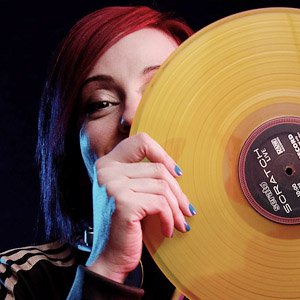 I caught up with London based DJ D Elle and spoke about broadcasting, live DJing and about D&B…

Elle: Jungle right? back in them days it was called Jungle! And it came out of a big collision of music styles that were being played in London at the time. I loved hip hop and rare groove… but I wasn’t so into happy hardcore.

DB: That split was important, the happy hardcore thing. ‘Happy’, that.

E: I started to like jungle when hardcore stopped being so happy and got a bit more hip hop flavour. Back in the day we went to house parties and sound systems would play rare groove, slow jams, ragga and hip hop all night, then they started to play a bit of jungle and in a few months, it was all jungle with those other tunes sampled in them, it was like the whole party had been jungle remixed.

DB: So what sort of vibe exactly sums up what you prefer?

E: I like the old skool jungle vibe where the samples and beats are mad messy, I love anything with a dancehall vibe or that brings elements of another genre to it that’s what I liked about it to begin with and that is what I still look for, also I’m liking this 140bpm jungle quite a lot…
(check the latter here)

DB: Got three tunes you love?

DB: Is there a difference between mixing for radio and mixing in a club?

E: On the radio, I’m playing new tunes and I’m trying to mix something a bit interesting and different, it’s a time to try things out and introduce things to people. I also plan a lot in advance because on the radio there is a lot going on such as twitter, phones, hosting, cueing ads etc.

In a club, you have to look at the people in front of you and make some quick decisions about what to play. People come out to have fun and feel good as a shared experience. That’s when the big tunes and the classics come out, I’m just focused on dropping the tunes, I’ve got my Serato crate in front of me and I’m like “I wanna play ALL of these tunes in the next half hour!”

E: I also play all different styles so I’m proper exercising my versatility at the moment.

DB: You are versatile & I also know you don’t like genres or labels…

E: I don’t. I don’t like pigeonholing, least of all the ‘intelligent’ tag which I find offensive. Overall, I simply don’t like genre segregation.

DB: Agreed, it was lazy and arrogant. How do you see D&B as a genre progressing?

E: D&B is an old genre, its been underground, in fashion, out of fashion and back in again. The only way that ordinary people can take ownership of it again it to evolve it into something new or to go back to the spirit of when it was born and mash it into other stuff using other genres and new technology. There’s no need to think about it too hard, it happens naturally anyway.

DB: What’s a tip for someone who’s just starting out?

E: Work hard, value your skills because they are individual, but be humble also.

DB: Should there be more women involved in D&B?

E: You would be surprised how many women there are working in the background already. Maybe more should take the forefront but not just because they’re women but because they are good.

I think that DJs and promoters should cater to women a bit more. All them pioneer Jungle DJs played to everybody without any D&B snobbery and girls were shocking out to ‘Helicopter’ in high heels.

Certain guys need to get over themselves and stop being so insecure, it might get women be a bit more involved.

DB: What plans do you have for this year?