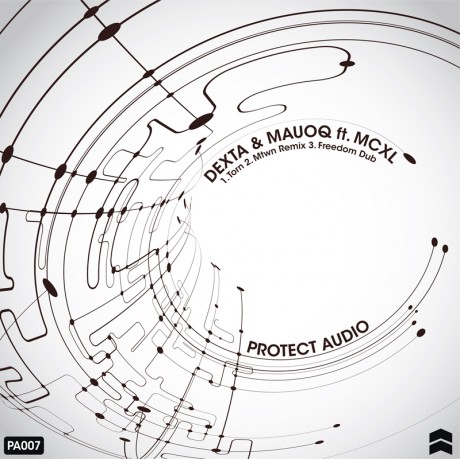 Dexta & Mauoq ft MCXL drop the Torn ep on June 24. So we caught up. They told us where they were from and about scary collabs.

D: Hi, I’m Chris, from London, have a bit of an obsession for giraffes, really enjoy a ice cold pint of Stella and absolutely cannot stand eggs.

M: Ez, I’m Mauro, from Rome but based in London. I’ve set the tempo of my life to 170bpm quite a while ago and I rarely look back.

DB: Who is the MC on this? and how did the track come about? From the vocal? Or did that come later?

D: The vocal was written and recorded by Cardiff based MCXL who popped on to the circuit last year on a EP from my good mate Arkaik. I’d written the base of the track and sent it over then Mauoq and I finished it by cutting into the vocal recording.

M: Indeed Lucas (MCXL) is a true talent. I was hooked the first time I heard those lines and making them work with the rest of the track has been quite a smooth process.

DB: I love the ‘Freedom Dub’… in fact if someone made an album just of that flow I would be in total heaven.

D: Freedom Dub is basically the instrumental, its a finished version of what I sent to MCXL.

M: Yeah we received some good feedback on the actual production track and we’re aware of the fact that not everyone is into vocal tunes so we thought it’d be a good idea to include an instrumental version of it where the groove and the mid-frequency bass noises come out in your face even more!

DB: You mention distance between you: how do you work together?

D: We have two sessions a week, one at Mauro’s and one at mine. Our main setups are the same: mac, logic, mackies, so makes things really easy to swap about, also gives us both a change of scenery!

M: Most of the tracks we’ve finished or are currently working on are ideas we write in our time and bring into the sessions, but we have some stuff we actually wrote together when sat at the same desk fighting for the same mouse!

DB: It is a RUGGED sound you have.

M: We like the new school sound in D&B but we never forget where we come from. It’s drum and bass baby!

DB: What tunes are killing you right now?

D: Arkaik’s latest stuff is doing my head in, i can’t find a tune that I’d leave out of a set. Homemade Weapons’s output over the past 12 months is all also smashing dance floors everywhere I go. Also mad props to everyone who’s been passing through the studio at the moment – loads of collective collaborations on the cook. Some quite scary!

M: Well this is usually a difficult one but when Calibre drops an album like he did couple of weeks ago the choice becomes easy for me. Other than that definitely Homemade Weapons, especially considering that his best tunes haven’t come out yet! Also gotta mention a tune by Fre4knc and a remix by Anile both released last month on wax by Absys Records: can’t stop playing them. Finally pretty much all fortcoming Diffrent material is a must play for me. 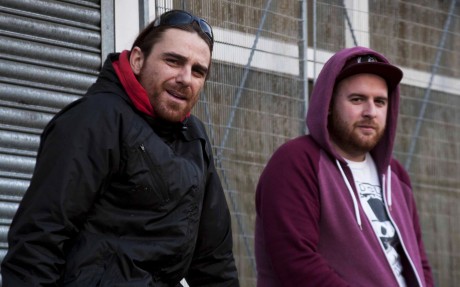 DB: What is a personal fave moment of D&B?

D: Diffrent Music’s 3rd birthday party, if you weren’t there, then you missed out!

M: If I have to dig deep into the past it would probably be either Goldie or Roni Size playing in Rome in the late 90s. With regards to more recent times the Sun & Bass festival in Sardinia generates epic memories every single year.

DB: Where are you heading in 2013? What release and production/DJ plans?

D: I’m focused on finishing off a load of music with Mauoq and others, bookings are slowly coming in which is nice that people can tolerate the randomness of my dj sets!

M: Plenty of tunes in the making both solo, with Dexta and with some other random people too! We’re working regularly with Kolectiv who’s a bunch of nice guys, very talented each one of them in his own way. We’re finalizing a 4-tracks EP – among other stuff – with them which will hopefully be out at some point in the summer.

DJ-wise we started a weekly radio show called DeadBeets Radio on Rood Fm a couple of months ago, it’s every friday 8-10pm. And have a few gigs lined up in London for June and August, but we definitely want more!

DB: What tune is in your respective heads?

M: Right now I’ve got the Hospital #203 Podcast playing in my head, I wouldn’t know the tune currently playing tho. Outside D&B ‘Get Lucky’ of course but I’m also loving ‘Nova’ by Burial & Fourtet.