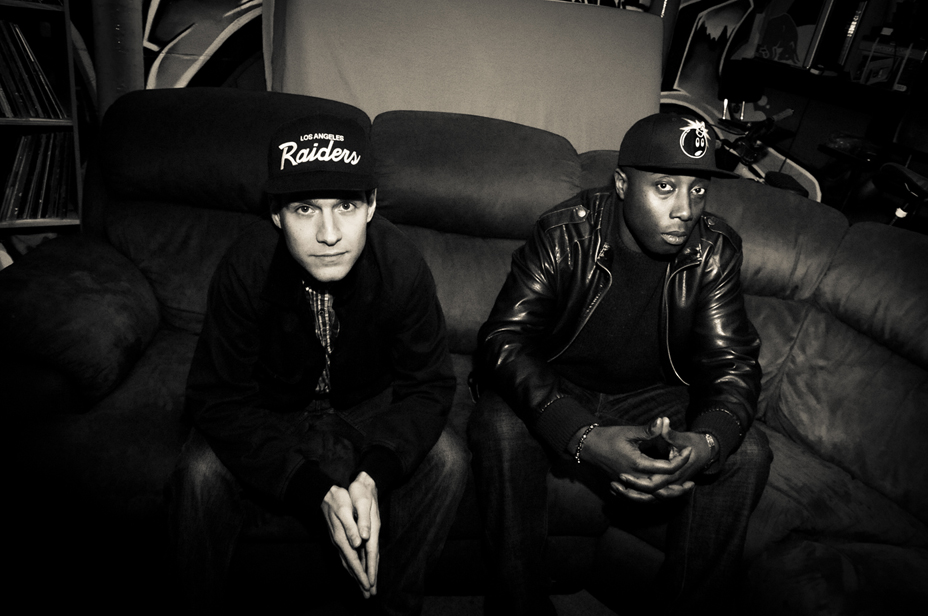 Caught up with 36 Hertz soldiers Dawn Raid aka Kingsize and ADT.

DB: Your sound is unique and fits close to the 36 Hertz world. So what’s your attitude to what you do, what got you producing and what inspired you?

DR: Thanks, for the love regarding our vibe, it’s appreciated. I suppose with our compositions/production we always try to incorporate elements of the foundation of Hardcore & what subsequently then became Jungle/D&B, which has progressively come a long way since its inception in the early 90s and our attitude to everything we lay down will always have a musical nod to that era as it’s ingrained in our psyche.

We also try to incorporate our other musical influences into our music. Primarily this is the catalyst for everything we do in a subconscious way, which then starts to be become conscious, so to speak, as we vibe on beats etc & start to build songs.

Overall we would say our main inspiration came about from experiencing the rise of Jungle and D&B, buying trailerloads of records, paying dues, then djing and wanting more gigs on top. Most DJs would agree that one of the few routes into the scene of your chosen genre is to basically produce the songs of that particular genre. So that’s the route we took.

DB: OK, so what other artists of the genre do you love?

DR: That’s such a hard one to nail because over the years there are so many artists that we respect and admire for the contribution they’ve made to the scene & the impact they’ve had on our own production values. From the older skool, it would have be artists such as The Prodigy, Top Buzz, Demon Boys, Jonny L, Foul Play, Ellis Dee, Slipmatt & Carl Cox leading through to (the master) Dillinja, Lemon D, Randall, Ray Keith, Digital, Nookie, Total Science, Ed Rush, the whole Reinforced, Metalheadz & V Recordings & Full Cycle crews plus our local influences such as, Marcus Intalex, ST Files, Sappo, Mark XTC & Zed Bias.

Since signing to 36 Hertz our gig schedule Europe wide has increased slightly. But in general we tend to play a lot of gigs in & around our Manchester base. This has seen us play at established Northwest parties Hit & Run, The Warehouse Project, Platoon, Subwoofah & Relapse in Manchester, which we are due to play this Friday night 20/04/12 alongside The Teknoist.

DB: So who’s your contemporaries, coming back to D&B? What sort of people are you affiliated with and check for things they’re producing and playing?

DR: We look to established artists like Bladerunner, Jem One, Callide…

… Skitty & Nolige, Mr Explicit, Soul Intent, Serum, Lionfire (Aries, Gold & Jinx) Lutin, Cabin Fever & Savage Rehab. Plus other not-so-established but up & coming artists like ourselves such as Ricky Force, Jaybee, Specialist Sound, Frisk, K-Jah, & Freeze. They rep the sound we are all about. We have love for the entire D&B/jungle spectrum.

DB: What’s the sort of world you like to lose yourself in with production? I mean do you get samples running or maybe beats? You tell me.

DR: We do love ‘amens’ but we don’t restrict ourselves to using a version of it the whole time. To be honest, we really just vibe with it. A song can start out with an original sample or a beat, it really does just depend on what sparks the creativity.

In general we write our tracks in Reason 5, taking them as far as we can & then subsequently mix them down in Logic Pro utilising a few tried & tested third party plug-ins to get that polished sheen. 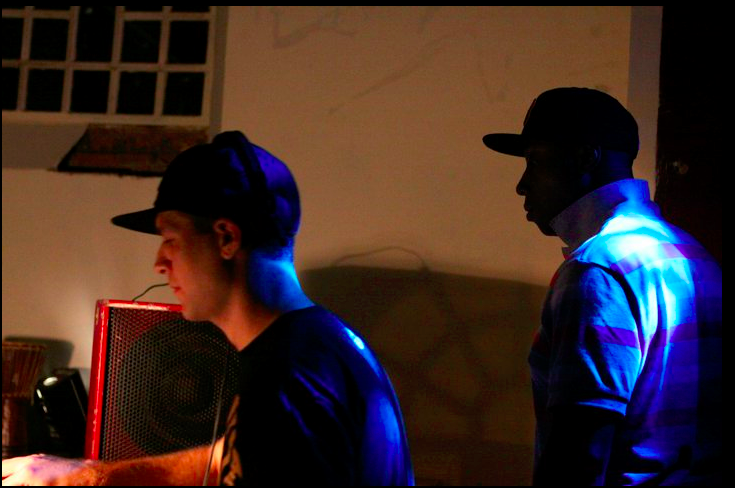 DB: Live-wise, what sort of things find their way into the sets: is it mostly your own stuff, things from 36 Hertz or randomness?

DR: In all honesty anything could find its way into our sets regardless of the sub genre within D&B. Of course we rep our 36 Hertz to the fullest, but it’s about a vibe with us. If we are feeling a riddim, then we are likely to play it. At this stage, with our careers in their infancy, I would say our sets consist mainly of jungle vibe tracks, rollers & big steppers with proper tear out tracks thrown down when the set, crowd and vibe of the night dictates to do so.

DB: Nice easy question here: name a fave tune of any genre from you both. Right now.

(Kingsize) ‘Times Up’ by OC. For me, it’s musical perfection. Everything about it is perfect, the beats, the samples – every MC wants to freestyle over this beat – the hook and the lyrics are genius. Over time, hip hop went in a direction where a very large percentage of MCs started to buy into and talk about trailer loads of bullshit and then rap about it to sell records. OC crucifies them all in this! It came out in 1994/5, but is probably even more relevant to a large amount of so called MCs today.

(ADT) ‘Runnin’ by Pharcyde. The Pharcyde are a unique band & I really love this track because essentially it’s about trying to face up to & address your fears, something we can all relate to. Plus J Dilla’s production is painfully soulful & timeless.

DR: For everything Dawn Raid related go to www.36hertz.com, where we do free mixes every month. There are also some free tunes & sample packs you can pick up from all 36 Hertz artists on the site. Book us via www.mainsourceagency.com