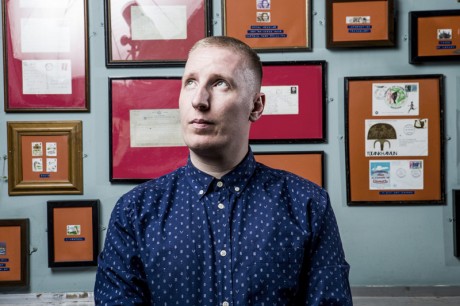 I caught up once more with über D&B titan Danny Byrd for an epic chat, and asked the recent album launch for new album Golden Ticket…

DByrd: We had my album launch party in my home town of Bath recently with London Elektricity, Brookes Brothers and Dynamite MC. That was a crazy energy and one of the best parties I have played all year. Then the next day with the worst hangover I played Parklife festival and that was a amazing crowd too!

DByrd: I would have to say Tokyo Womb club is up there though, and Hospitality Brixton come to mind.

DB: Speaking of energy… where does your energy come from?

DByrd: The energy comes from doing this since 1997 and getting signed in 2000 to Hospital… and then having a terrible bout of writers block which set me back about 5 years!

Since then I vowed never to rest on my laurels and always stay in the studio as much as I can. I think that DJs and producers can moan about how much hard work this is but they barely do half of the working hours of say someone who works full time in a office. I try to keep some kind of office hours if I can, say 9am – 7pm.

DByrd: The collaborations are what keep exciting and fresh for me! To have a rough sketch and then work with an up & coming singer adds a totally different vibe that I could never create on my own. I think that’s one of the hardest things about living in a remote city like Bath is that you have to go to London to get most things done in terms of vocalists or working with other producers, but it’s also good when you want to keep your head down too.

DB: Do you actually shut down for the night or is the mind always running red with ideas/edits/shuffling of arrangements?

DByrd: Sometimes the mind can be active, especially towards the end of making the album I was having some bouts of insomnia. The worst thing I find is that it’s always like when a idea is not that good yet so you are trying to work it all out in your head when you’re lying in bed. Another one is when you’ve been handing a remix and you have someone else’s vocal going round in your head.

The times you do have a wicked tune on the go it’s generally more excitement that can keep you awake. 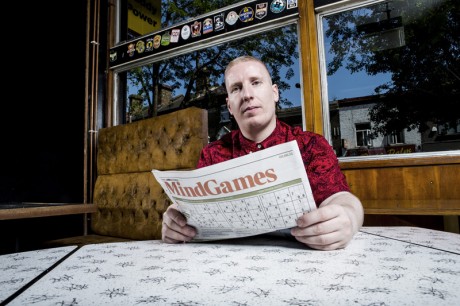 DB: Back to the album, my favorites are the ‘vintage liquid’ vibe of ‘No U Turn’, ‘Battle’ and ‘Holy Mackeral’. You’ve got to have some too?

DByrd: Thank you! Always hard to pick a favourite one but I’d say out of the garage tunes the Mz Bratt tune ‘Battle’ as it’s more of a song but well executed with a club friendly backing. I had just bought a expensive microphone called a U87 and some SSL Mic pre amps, and I think you can tell the quality of the vocals compared to previous stuff I’d done on my previous set up. The Brookes collab ‘Get On It’ is another highlight for me as it had been a while since we’d done anything together and the previous attempts of stuff in the studio hadn’t really worked. So I came over to Dan Brookes house for a week straight and we just banged that tune out.

Brookes work quite late compared to me so we were working till 7am everyday but I think the results were worth it in the end. ‘Golden Ticket’ – the track – with Tanya Lacey is another fav, as it’s the first time I have worked with real strings like that before.

DByrd: Mz Bratt is a UK based rapper/singer from London. She has a great following here and has had some great tunes. One of my favourites was the track ‘Selecta’. That was one a sort of jungle tip, so that sparked the idea to reach out and work on something. Ironically it was a garage style tune that we ended up doing, but Mz Bratt is so talented I think she could sound good on any style of music to be honest with you…

DB: When did the album first start to take shape? And when did you know it was done?

DByrd: I guess I started on this album in about the beginning of 2012, so it’s been the longest I have ever worked on a album, but also the most prolific I have ever been, for example the Golden Ticket Deluxe edition has 23 tracks on there. It started off with a lot of the non D&B tracks like the garage ideas as that’s where my head was at musically, but then slowly crept back in the D&B territory. I wanted to use vocalists that were not known for doing D&B, people like Serocee who bring a totally new sound to my tunes.

This project was about being a bit more edgy/urban than say the all-liquid sound of Supersized or the rave sound of Rave Digger. 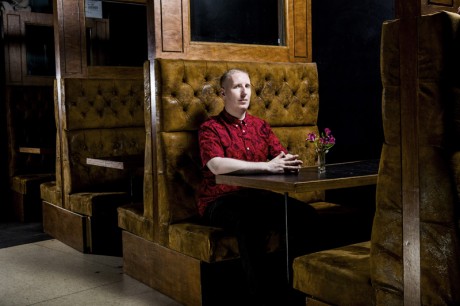 DB: You mention jungle which leads me to ask: you are not ‘old skool’ and you are not really typical of ‘current’ D&B either – which is great but SERIOUSLY lacking personality. You are simply unique. What’s your role in D&B?

DByrd: I think in this day and age it’s good to stand out and be unique.

It means that you won’t always fit into people on a forums opinion of what the D&B music should be like but I think things have moved on so much since say 2003. Back then acceptance in the “scene” was having your tune played by Andy C, that was such a big deal then, but I think things like UKF have changed that balance of power.

You are right that D&B seriously lacks personality these days though; it’s like everyone is scared to upset the forum nerds or they are simply content doing what they doing which is fine, how can someone else judge if their music is from the heart or not. I’d just like to see more outside music influences in D&B though, I always have.

When I signed to Hospital I was really into fusing R&B vocals with D&B, you had some great tunes on that tip, tunes like “Shake Ur Body”: you don’t hear tunes like this anymore.

I do hear great tunes about still though like the latest single from Brookes “Carry Me On” or Rockwell “Detroit”.

I think a lot more samples could be used in the music again. It all sounds a bit sterile when your using VST synths only for all the sounds. The ironic thing is looking for samples is so easy these days, I don’t think I ever found many good samples looking in dusty record shops like the cliche idea of crate digging. All my best stuff was found online, and if the quality isn’t good enough at least you can go & source a better quality version of it.

DB: Lastly… who is your fave D&B producer of all time?

DByrd: Roni Size without a doubt. He’s like the Dr Dre of D&B! 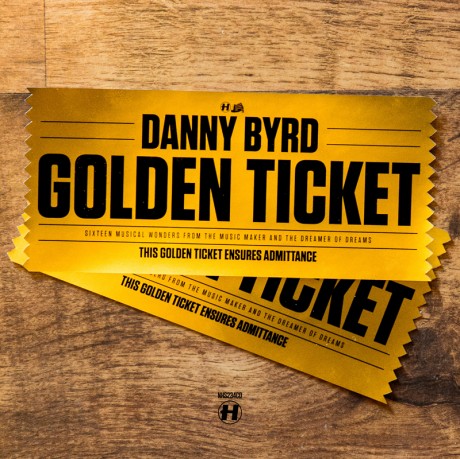