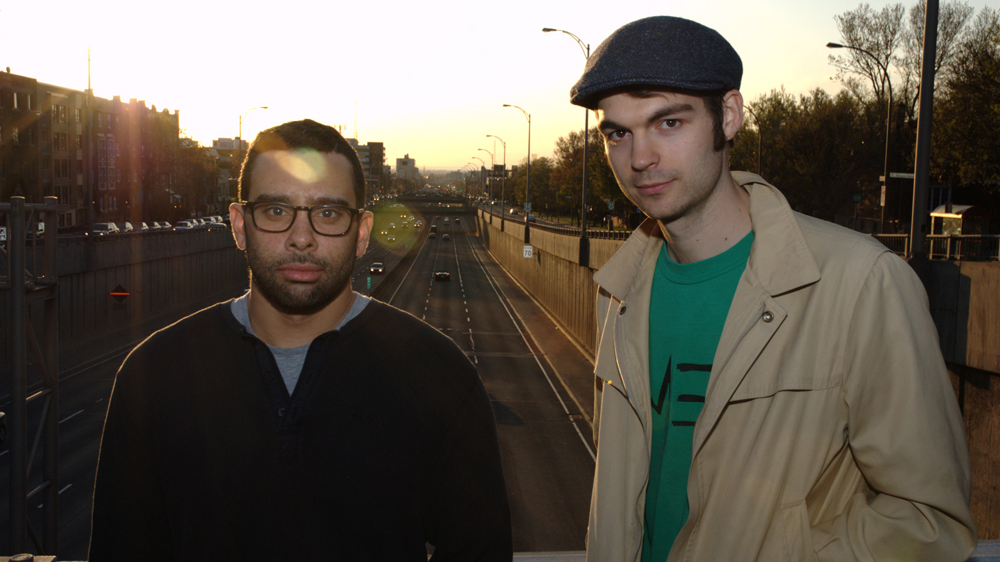 DAAT are from Canada and are Jason and Joe. They’ve recently teamed up with Dominic Ridgway for ‘1999/Crashes’ on Detuned Transmissions.

DB: Where are you from?

DAAT: We both live in Montreal, Canada.

DB: Are you from there? I mean as in born?

Jason: I’m originally from New York, USA; born in the Bronx, and lived in various cities/towns across the state. I moved up to Montreal in 2007 to pursue a doctorate in Music Technology related to Hardcore, Jungle, and Drum & Bass which I’m in the process of finishing up now.

Joe: As for me I grew up around Ottawa and came to Montreal in 2008 for a Masters in Music Technology – designing digital musical instruments – that’s where we met.

DB: What with the D&B/Jungle shout there what are some faves?

DB: With your music I love the ‘long’ atmospheres in the music, the long lines: do they come first or do the beats?

Jason: It’s hard to say which comes first. The long atmospheres were part of ‘Crashes’ from the beginning, as it was something that both we and Dominic had embedded in the tune early on. The atmospheres in ‘1999’ on the other hand were added a bit later on; the harmonic stuff and pads were brought in from a separate project file.

Joe: ‘1999’ is a bit of an odd one in my experience because it’s not a “purebred” track, by which I mean it’s not the result of a single driving concept, although the result is focused. Normally I think of myself as an “ambience” guy and so I tend to start tracks from that angle, but ‘1999’ was the convergence of a number of different approaches. It all started with and really focuses on the vocal sample, forming around it like how gravity forms a celestial body. 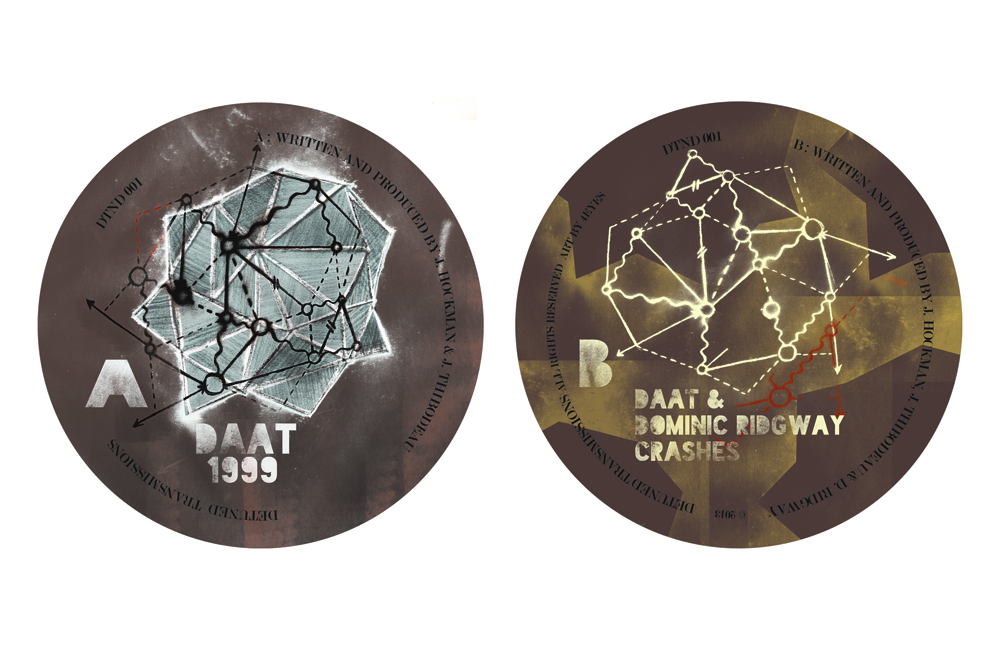 Jason: It’s in reference to a B-movie called ‘Class of 1999’. The premise is quite ridiculous, but the intro is excellent. We figured we’d chop some vocal bits to our needs and away we went!

Joe: Yes, I don’t recall whether we’d already had a few or if we were just drunk on the scent of a good sample but we were freaking like whaaat? Coalesced like a planet, see above.

DB: Bringing it all together, what’s some of your fave sounds/filters and techniques you reach for, studio wise? Sometimes it’s like parts of your personality.

Joe: Interesting question! I think my most important technique, if you can call it that, is keeping myself entertained. Like sometimes when I’m at home programming, sampling or sound designing, I’ll keep mixing other stuff in the background so that I’m swimming in atmosphere, so that I always have a background vibe. Mixing between tracks, movies, old records, whatever’s ripe. When we’re working together it’s fun to split things up so that we’re not both thinking about too much. For example, Jason might be jamming around with a new patch on the synth while I’m secretly recording and editing his MIDI output.

Tool-wise, I love my Roland JX-8P, and generally just using hardware whenever possible as a signal source, that includes acoustic instruments.

Jason: Other than synthesizers, I usually turn to film soundtracks for sound sources. Early 90s R&B reverbs are often the model for the space in the tracks. Regarding techniques, I guess the ones that stand out for me are resampling through various samplers e.g., Akai S900, Ensoniq Mirage, layering of complementary sounds for stacking – Juno 106 is excellent for this – and sample looping. We use Csound/Cecilia quite a bit these days for sound manipulation and timbre morphing.

We’ll often try to develop techniques from non-technical ideas. For example in ‘1999’, we thought, “the tune should get dropped off a table, kicked around the room in a small radio”, and “it would be great to have the next section teased a bit before it comes in”. Then the process of making that happen becomes a strong motivational factor seeing it through, and the results are often combined.

DB: If you could collaborate with someone long dead or alive who would it be?

Jason: The most mesmerized I’ve been at a live show in recent memory was Murcof. I was amazed with the depth and originality to his sound, and the cohesion with AntiVJ’s visuals were outstanding. I suppose mainly I’d want to learn how Murcof constructs his sound palette.